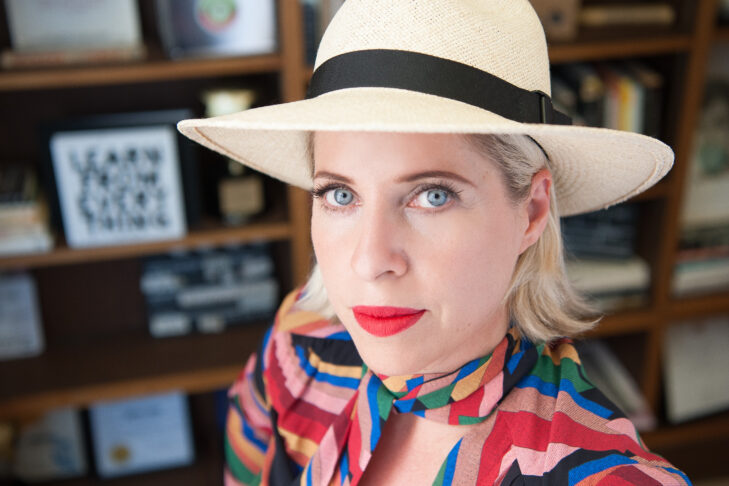 As cell phone screens increasingly dominate our lives, there is a corresponding call for people to take a pause from technology. One way is through the time-honored tradition of Shabbat, as author and internet pioneer Tiffany Shlain details in her new book, “24/6: The Power of Unplugging One Day a Week.”

Shlain, whose achievements include founding the Webby Awards for online excellence, has also come to understand the importance of time away from technology. Her book promotes the idea of a Tech Shabbat, a weekly 24-hour respite from screen time that she herself participates in with her husband and their two daughters.

“It’s made our lives so much better,” Shlain said. “From Shabbat meal on Friday night, to Saturday night, all the screens go off. It’s wonderful.” And, she said, “It felt like a really important message to get, a more than 3,000-year-old practice that we can update in the modern era and make accessible to everyone. It’s the best thing I’ve ever done in my life.”

The idea of a day of rest can be found in many faiths, a subject explored in the book. It’s even possible to disconnect in the tech-friendly Boston area, as Shlain will discuss this week in several appearances, including at Temple Isaiah in Lexington on Thursday at 7:30 p.m. in a talk sponsored by the temple and Porter Square Books, moderated by Dr. Michael Rich of Harvard’s Center on Media and Child Health. Earlier that day, she will address the Massachusetts Conference For Women, and will also be speaking at Google.

Shlain is familiar with tech hubs, as she lives in the Bay Area, which she called “ground zero for so much of the tech industry.” And, she noted, “I have a career steeped in technology,” founding the Webby Awards when she was in her 20s before becoming a filmmaker whose work examines “the pros and cons of technology.” Even before the web existed, when she was in high school in the 1980s, she envisioned a technological network that could unite people from hostile countries, a vision she discussed at the U.N.

Yet as time went on, Shlain said, she became aware of not only “all the ways technology could help our lives,” but also how it was “encroaching on every aspect of our lives.” She realized this in a deeply personal way 10 years ago, when she lost her father and, a few weeks later, she and her husband welcomed a baby daughter. “I wanted to live my life differently,” she said.

It started with becoming part of a Jewish organization called Reboot that promotes a National Day of Unplugging, one day each year when people can disconnect. Shlain called it “so amazing” but realized that Judaism offers the chance of having a technology-free day every week: Shabbat. 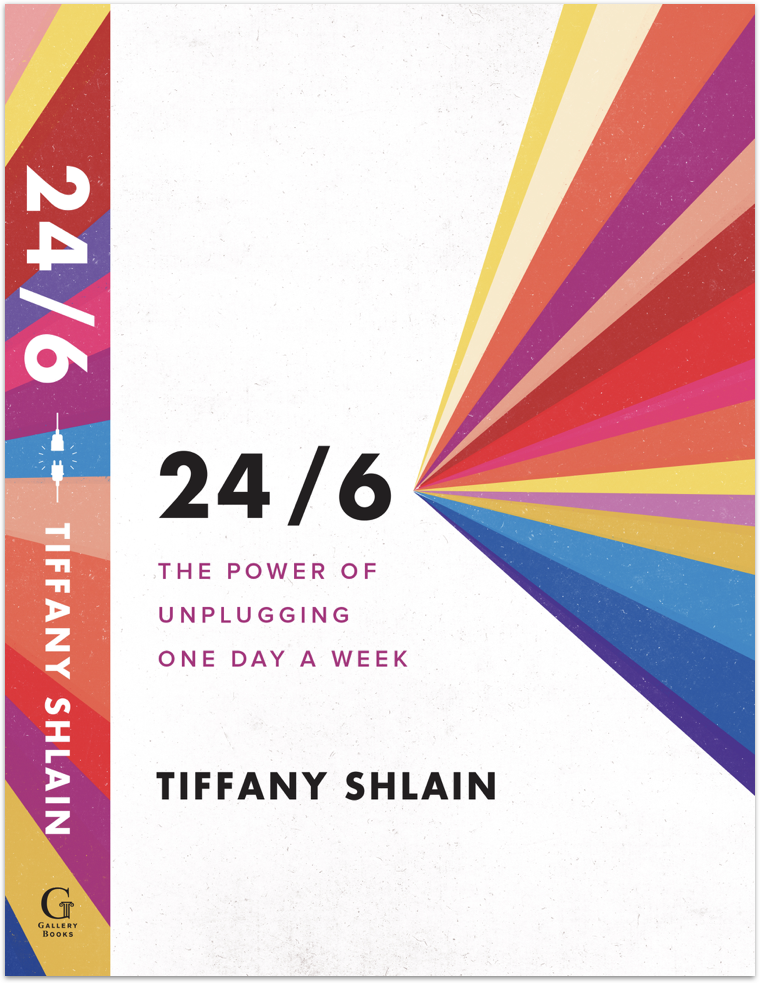 “We had Shabbat dinner occasionally, but never a full day off,” Shlain recalled. But today, she said, it’s her family’s favorite day of the week. “On Friday, we have a very social Shabbat dinner,” she said. “Saturday is more quiet.” She does not go to synagogue, but she tries to make her home “a special, sacred place.” And, she said, she often goes out into her garden or the woods and beach nearby. As for the phone? “I have a landline that I hardly ever use,” she said. “I have it more for other people. We’re in California. A landline’s very good for natural disasters, too.”

Participating in a Tech Shabbat makes Shlain’s family “much more productive on Sunday and the next week,” she said. “There’s so much research on how, when you really take a break, you’re more productive as well.”

Shlain’s older daughter, who is 16 and a junior in high school, looks forward to a day without being online and regrets when she has to miss a Tech Shabbat because of an extracurricular commitment. This offers hope in the wake of a recent Common Sense Media study that found that teens look at screens for seven-plus hours per day on average, not including schoolwork.

Employees need to disconnect, too, Shlain said, explaining, “I don’t think it’s healthy that businesses expect employees to take emails, texts and calls at all hours.” Citing Rabbi Abraham Joshua Heschel’s statement about Shabbat being a “palace in time,” Shlain said, “We used to have weekends, a time we were not working, being available and accessible to everyone.” She added, “We have to listen to our own needs, and not be available the entire week. We forget what that’s like.”

As Shlain noted, the idea of a weekly day of rest is present in numerous traditions, including Judaism, Christianity and Islam. “Everybody has a day when they go to church or temple and reflect,” she said. “In 24-7 modern society, that’s evaporated.”

“If you’re Jewish, you can tap into the history of our people,” she said. “It’s beautiful to rediscover the power of a full day. In taking a full day off for Shabbat, that’s where the true power comes.” And, she said, “If you’re non-Jewish, I think it’s something people can engage with” as well.

“We need to reboot our relationship with technology,” Shlain said. “There’s a very simple, free, ancient wisdom that we can bring into our lives. People all over are rediscovering this practice and getting a lot of things out of it.”