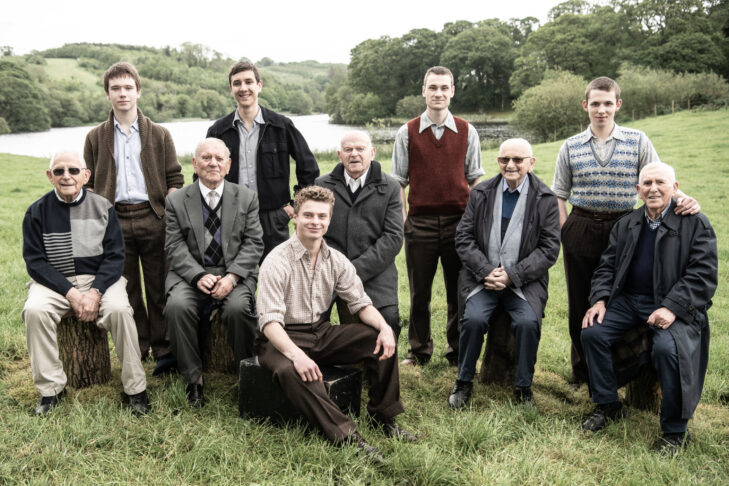 For International Holocaust Day, the BBC produced an amazing documentary called “The Windermere Children.” It’s a heartbreaking story of “The Children,” many of whom were orphans who survived the Holocaust. But it’s also a heartwarming story of triumph over adversity and the incredible British Jewish community which made possible the rescue and rehabilitation of 732 young concentration camp survivors. It’s also the story of my beloved dad.

To give you a very brief outline of my dad’s story: My dad started out World War II in the Warsaw Ghetto. He escaped from the ghetto at the age of 13 with the help of a non-Jewish friend, but he never saw his parents again. He then went to a small town, where he lived and worked in a Nazi war factory as a slave laborer for more than two years. Eventually, my dad was taken to Auschwitz, where again he worked as a slave laborer. When Auschwitz was liquidated, my dad went on his first death march. After spending a few weeks in Buchenwald under horrific conditions, he then went on his second death march, in which there was absolutely no food. In order to survive, he stole potatoes and ate grass. At the very end of the war, he was liberated from Theresienstadt near Prague. My dad said that if the war had gone on for another week, he would not have survived.

Meanwhile in England, the Jewish community was determined to bring from war-torn Europe a large group of young Holocaust survivors. A wealthy benefactor named Leonard Montefiore obtained permission from the British government to bring up to 1,000 young survivors to the UK. He then negotiated with foreign governments and the administrators of concentration camps such as Theresienstadt in order to bring the youngsters to England. He found properties all around England where he could place small groups of the survivor children. He worked with Jewish agencies that raised all the money to support the children, and that hired people who would work with them. Not only was this a massive undertaking, but the work continued for many years, as many of the children were very young and very traumatized. I’d like to share a sense of what they did to provide a new life for these children through the example of what was done for my dad.

Still in Theresienstadt, my dad found out that a group of children was going to be taken to England and decided to join them. The children were supposed to be younger than age 15 and healthy—my dad was 17 and very sick. But after his age was changed on some documents and he received medical care, he was chosen to be one of the first 300 survivors who went to England and would become known as “The Boys” (also known as “The Children”).

There were no commercial passenger flights available to fly the youngsters, so some benefactors arranged for former British bomber planes to fly the children to the UK. My dad told us that the pilot gave each child a chocolate bar, an amazing treat! Last year, the pilot who gave the children the chocolate bars was invited to a reunion of “The Boys.” Imagine a small act of kindness that was still remembered 74 years later.

The Children landed in the very north of England, a beautiful place called Windermere, where they were given beds with real sheets, clothes and food; this felt like paradise. The time spent in Windermere was the beginning of the journey back to a normal life for these children.

My dad was very sick with tuberculosis, so he received medical treatment and gradually gained strength. He was also very anxious to make connections with surviving family members. He had located a brother who lived in Paris and a sister in a DP camp, and the people who worked with him expended a great deal of effort to involve both siblings in my dad’s life.

The Children had not received any education during World War II, so teachers were brought in to educate them in English, math and other subjects. They also received psychological support and guidance. As they became healthier, they were taken to movies, the beach, concerts, shows and dances to help them reintegrate into a normal life.

A rabbi from London often came to visit The Boys. My dad did not know what he wanted to do with his life—should he become a farmer in Palestine? Should he move to France to be with his brother? The rabbi recommended that he get an education, which is what my dad did.

Leonard Montefiore spoke about The Boys to a group of college students, who then used to bicycle about 30 miles each way to socialize with the sick children.

When my dad needed money to pay for his education or for other necessities, he had to ask for it. Although benefactors always granted his requests, they simultaneously provided financial guidance. After my dad got his first real job, he sent a check to The Boys to start paying forward the help he had received for so long.

After all of this care, my dad, who is 92, still lives a very productive and fulfilling life. He went on to get a Ph.D. in physics, moved to the U.S. and worked on the camera that went to the moon. He got married, had three children, 15 grandchildren and so far over 25 great-grandchildren. He also wrote a memoir about his experiences—“Life of Michael Novice: Before, During & After the Holocaust.”

The Boys, which included about 80 girls, incorporated in 1963 and became known as the ’45 Aid Society. As they were helped so much to recreate a new life, they continue to help others. To this day, they raise money for good causes that support Holocaust education, children’s charities and survivors, and they are very active in the UK.

After seeing the care that was given to my dad’s case, I can only imagine the organizational challenges, the money needed, the amazing care, attention and very dedicated people who worked for many years to help each of the traumatized 732 orphans make a new life for themselves. To all of them, I am tremendously grateful.

You can read more about The Children in my dad’s book, “Life of Michael Novice: Before, During & After the Holocaust,” “The Boys: The Untold Story of 732 Young Concentration Camp Survivors” by Martin Gilbert and “The Road Back Quare Mead” by Eva Kahn Minden. 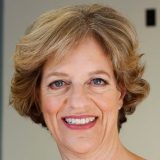 Judith Roth
Judi Roth is a financial planner living in Newton. She has been very active in Congregation Shaarei Tefillah, as well as the Solomon Schechter Day School. Recently, she found members of her family in Uruguay, Argentina, Switzerland, Vermont and Israel who had been displaced by the Holocaust. Judi is very proud of her three sons and two daughters-in-law.