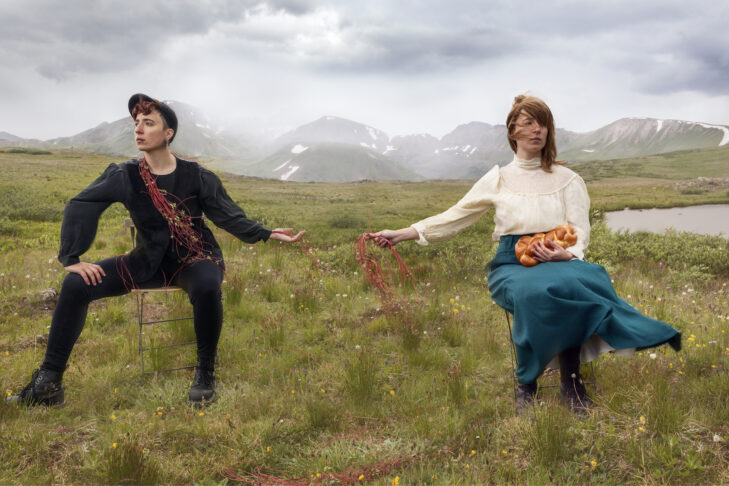 In these days of housebound exile, people tend to remember profoundly and expansively. All sorts of old pictures show up on my Facebook feed. I’m a voyeur as I peek into people’s histories on the other side of a computer screen. I’m safe from a distance until I turn up in some of those pictures.

Some of my grammar school classmates from the Hebrew Academy of Greater Hartford (HAGH) have been unearthing photographs from the 1970s. I joined HAGH’s Class of 1975 when I was in sixth grade. That was a marathon year for me—I had to catch up on six years of Hebrew, during which I was the subject of a pedagogical experiment gone awry. I was actually placed in a second-grade classroom to learn Hebrew and then spent the rest of the year in fourth grade. The desks in grade two were too small for me; I was humiliated. In seventh grade, I rejoined my age group and never looked back.

But looking back is exactly what I’m doing with these pictures—pictures in which I look mostly sad. My home life was hard back then. I took refuge at my friends’ houses, some of whom celebrated a traditional Shabbat. For a time, I was sure I found my tribe. Then the Lubavitchers came to town and changed my life.

In ninth grade, my most prized possession was a dollar bill blessed by the late Lubavitcher Rebbe Menachem Mendel Schneerson. I received it through a teacher who was one of the rebbe’s followers. I had written to the rebbe to ask him what to do about my parents, who vigorously opposed my ramped-up piety. Lubavitcher rabbis were in charge during my graduation year from HAGH. My Bible teacher was a charismatic man, and I latched on to him and his wife. He was the one who initially put me in touch with the rebbe. I craved acceptance and community. The Lubavitchers supplied both things.

My ultra-Orthodoxy unnerved my parents. I would not turn on a light during Shabbat or wear dresses that didn’t cover my knees and elbows. This was my version of teenage rebellion. The rebbe answered my note with this deceptively simple piece of advice: “Honor your father and your mother.” Since then, I have frequently thought about his citation of the Fifth Commandment. Over the years, his instructions have more than occasionally challenged me.

I gradually reentered the secular world, but I never forgot my Lubavitch year. I now understand that my foray into the life of a ba’al teshuva—someone who literally returns to a life of observance—would have marked me as other in the Lubavitch community. Maybe that’s why those pictures of me as a kid make me so uncomfortable. My parents sent me to HAGH to exist in the world from a perch of illusory safety.

Artist and photographer Shterna Goldbloom’s show “Ich Bin Di Sitra Achra (I Am the Other),” now on virtual display at Hadassah-Brandeis Institute, is her story and, to some extent, mine. Goldbloom grew up in a Lubavitch community in Chicago. To this day, the faith she gleaned from her community is alive. Yet her faith is also complicated. She is now “off the derech,” derech being the official path of traditionally observant Judaism. However, her photographs are a testament to her lifelong attachment to her spiritual roots.

I recently sought Goldbloom out for a conversation about her highly resonant work. She told me that throughout her life, she felt “a strong sense of spirituality, but it was not especially in the traditional spaces. I find that some of the meaningful things I grew up with I have categorized differently. They are their own form of tradition and religion, which is like family and history. I find so much joy and meaning in recreating and following traditions that could use an update.”

Goldbloom, who is 27, sees the holiness that Jewish objects and familiar rituals impart to her life. But she’s wary of the word “holy.” She emphasized that she uses holiness as a descriptor in “a very expanded, non-traditional way. There is so much beauty and feeling connected to Jewishness with that word; it has so much potential, but I don’t think we’re there yet.”

The term sitra achra is a Hasidic term that means “on the other side.” For Goldbloom, it connotes the other, and she interprets the term to depict the beauty in images of queer people and depictions of femininity that don’t fit into traditional categories. “I clearly disagree with some of the lines that I was raised with, but at the same time, those lines can feel relevant to me,” she said. “In my work, I’m curious about these [traditions] that are residual. Some of the subjects [in my photographs] left [Hasidism] physically but not philosophically. They still saw the world through a Hasidic lens. Other people found new lenses through which to look.”

Shabbat is still a stirring experience for Goldbloom. Her mother hosts an inclusive weekly Shabbat dinner in which she welcomes people from all walks of life. Goldbloom noted that a meaningful Shabbat for her will often begin at her mother’s Shabbat table and end with dancing late into the night at a gay bar.

The exhibit’s titular photograph, “I Am the Other Side,” represents the dualism inherent in Goldbloom’s identity as a queer Jewish woman. “I hold all of the meaningful and powerful experiences of growing up Hasidic, and also all of the pain that came with that,” she said. “But then I am also this queer Jew who lives a somewhat secular life. But these two people inform one another. I’m grateful to have grown up in a community with values of connectivity and warmth and learning that encompassed intellectual debate. The secular life is not without my critique and sadness, and so too with the Hasidic life. They are both connected through and within me.”

Going through those old HAGH photos on Facebook in which I make cameo appearances, I came upon a rare photo of me smiling. I appeared happy and carefree at the moment. Going forward, my teenage life temporarily merged with my religious life, and then those lives diverged. Or did they? My HAGH classmates mean well in passing along memories that I had long buried. But, like Goldbloom, I continue to ask myself the hard questions: What has time afforded me? What do I continue to do that is a memento from those years? What has stayed meaningful to me? My answers to those questions are constantly changing.

As Goldbloom noted, the goal of her work has been “loosening borders, and wondering, have people renegotiated the parts [of their lives] that were meaningful for them? And then there are the bedrock questions: What is your relationship to God? Do you talk to God? Those answers are forever in flux for me.”

Join Hadassah-Brandeis Institute for a virtual art workshop about Shterna Goldbloom’s exhibition on Wednesday, May 27, at 2:45 p.m. Learn more here.