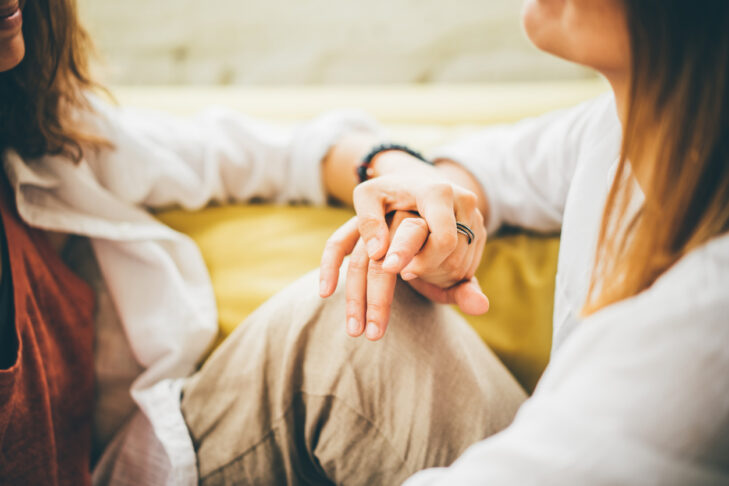 I think kids are really cool people. They’re funny, intelligent and insightful, and I certainly don’t mind playing peekaboo with a baby on the train. But I have never, even as a child, felt the desire to have children of my own, and as I get older, that choice has become more of a problem.

During my partner’s conversion, one of the requirements for conversion to Judaism is that if she was blessed with children, she would raise them as Jews. God commanded Abraham to “be fruitful and multiply,” which is marked as one of the first commandments. In secular society, women are bombarded with images of the ticking biological clock, the insinuations that when they have children, they will view the world differently. Not if. When. And as of late, I’m wondering: Am I a bad Jew if I choose not to have kids?

Personally, I think having children is an opt-in rather than an opt-out choice. I wouldn’t want to bring another person into the world if I wasn’t 100% on board with devoting the rest of my life to their safety and care. Of course, not everyone feels this way. Many people view having kids as a milestone to adulthood: get married, buy a house, etc. Others view a child as a project to work on with their partner, as a woman in my advanced human sexuality class in college said. There are a thousand reasons to have children, and a thousand reasons not to. So, why do I feel a tinge of guilt?

As a gay woman, I could not have a biological child without a lot of science involved, though that’s not necessarily true for all gay couples. When I mention this to other people, they immediately jump to the option of adoption, as if the issue lies within the method and not my choices. I know my own mind, I’m old enough to know what I want from my life, and yet the pressure remains.

“But babies are so cute!” “Don’t you want someone to care for you in your old age?” “Doesn’t your life lack meaning without someone to care for?” “Don’t you want to continue your bloodline, your Jewish lineage?” And on and on, as if a hidden switch will flip in my brain and I will become someone else. Judaism is so important to me, and truly the only thing that gives me pause regarding having children. Jewish people have undergone so much persecution and genocide; shouldn’t I want to help in rebuilding the Jewish people?

But I’m already part of the Jewish people, and in truth, I’m not sure I’d be great at having children. There are already so many amazing Jewish parents, and I just don’t think I’d be one of them. Instead, I’ve decided to interact positively with the kids already in my life, and the future kids of my friends and family. I still think children are cool, complex people, but I don’t want them, and, at this point, I don’t believe any argument will change my mind.