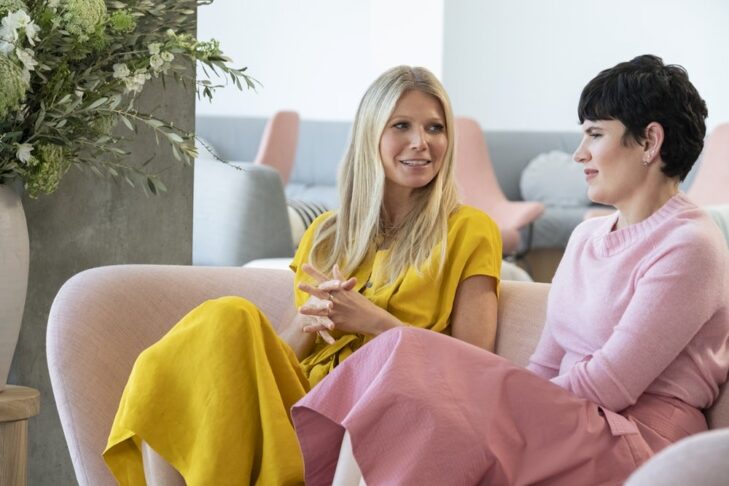 Gwyneth Paltrow is the human equivalent of 1,000-thread-count sheets. You’re pretty sure they’re too good for you, but you know that if you spent a few hours with them, you’d emerge a better person: more refreshed, happier, serene.

I have gone on the record many times professing my appreciation for Gwyneth. She is who she is, take it or leave it. You may think she’s an elitist snake-oil saleswoman peddling faux health remedies, or a snob, or forever out of touch (she once claimed that she couldn’t pretend to be someone who makes $25,000 a year). This is all fair. But I still think she comes by her persona, however polarizing, authentically. She doesn’t apologize for herself or pretend to be relatable. Her life is  better than yours, and she knows it. In a Chrissy Teigen era, she’s Joan Crawford (minus the wire hangers).

The thing is, she wants your life to be better, too. Enter “the goop lab with Gwyneth Paltrow,” the Netflix series based on her e-commerce wellness business that has either captivated or repulsed audiences with what critics consider to be murky pseudo-science, focusing on topics including healing mental trauma through magic mushrooms and improving skin with bloody vampire facials. 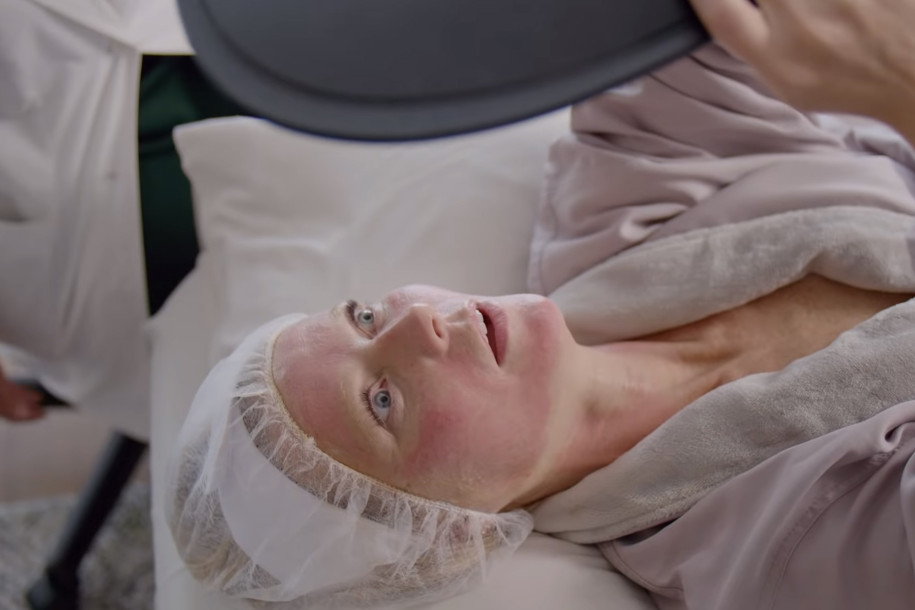 “My calling is something else besides making out with Matt Damon on-screen,” she tells her enchanted employees, all of whom gaze at her like puppy dogs with a crush, at the outset of the series.

Some argue that it’s dangerous to give this kind of stuff a public platform. Let’s not forget that goop had to settle a lawsuit regarding unsubstantiated claims over a vaginal egg. There are now disclaimers that appear before each episode saying that the series is intended to “entertain and inform,” not provide medical advice.

And that’s just it: Gwyneth is an entertainer. She is not a doctor or a shaman. This series is more or less one extended infomercial for goop; if you want medical advice, watch “Diagnosis.” This is enraptured staffers saying things like, “What could possibly be wrong with you? You have everything! You’re beautiful. You’re wealthy! You’re famous!” while she chuckles bashfully. Oh, go on! But Gwyneth, too, has trauma and baggage. She, too, needs healing. 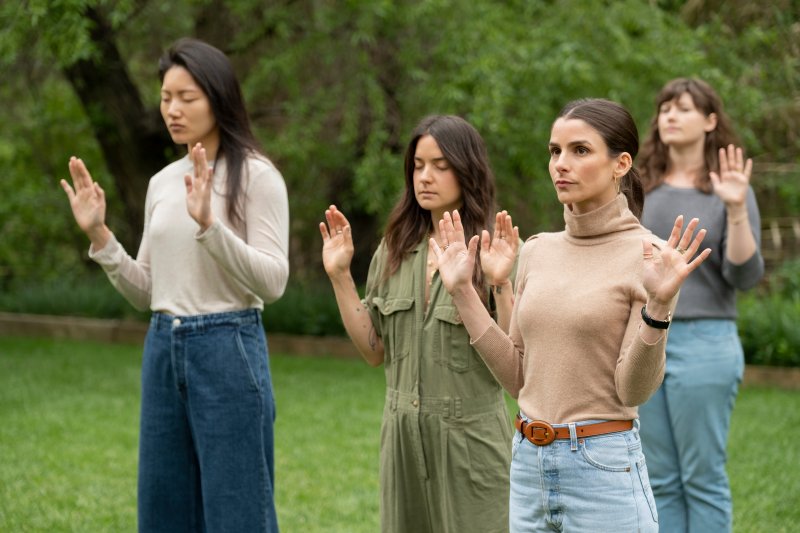 And now you can see her pursue it! There’s voyeuristic fun in watching people, celebrities even, in compromising positions, whether that means having needles poked into their face or talking about their C-section scars. In an era when we want our celebrities unvarnished and honest, Gwyneth Paltrow has managed a canny thing; she gives us what we want in a gauzy, aspirational package that she completely controls. She has married virtue with voyeurism. And she’s monetized it.

So, in watching this show, I take it for what it is: Something that passes the time while folding my kids’ sweatpants. Something to be taken with a grain of (Himalayan, responsibly sourced) salt. She is asking the questions we all ask ourselves: Can I feel better? Can I do better? Can I look better? Am I living happily enough, wholly enough, fully enough? And there is some value in that. Am I going to run out and try magic mushrooms because of it? No. Am I going to watch other people try it with half an eye while cleaning out my sock drawer? Sure.

The danger, of course, is that vulnerable viewers could take goop as gospel. People genuinely worry that she gives pseudo-science a platform, that she could inspire people to do risky things with their health. This is valid, though the argument could apply to any celebrity, really, who could have undue influence over their fans, from Eminem selling music about domestic abuse to “Joker” promoting violence. As long as commerce and entertainment mix, it’s a concern.

As fans and consumers, it’s ultimately on us to retain a healthy separation. We must accept what we all know to be true: We will never be Gwyneth Paltrow. Nor should we be.