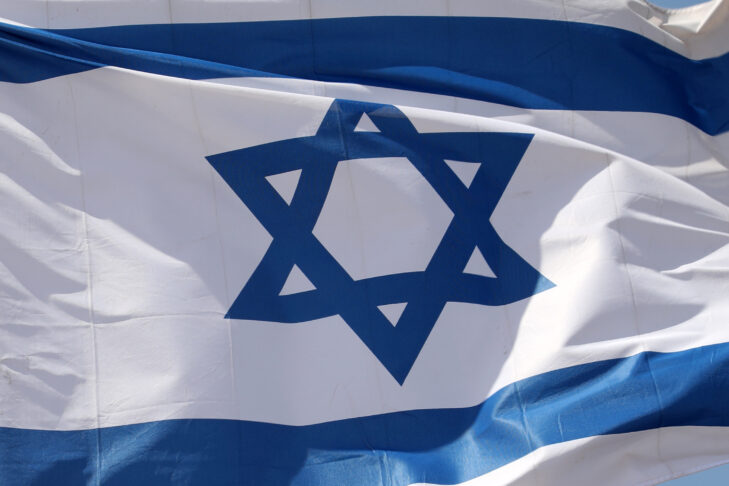 Hatred against Jews and Israel is no longer marginal but mainstream on college campuses. In the U.S., for example, a group of Jewish Harvard students formed an anti-Zionist coalition that included support for BDS, while a Jewish student, Adela Cojab, sued NYU alleging her alma mater does not do enough to combat anti-Semitism. Such polarized environments prevail on campuses today, where anti-Semitic incidents have risen dramatically in recent years.

Anti-Zionist sentiments are also evident across the ocean. In Germany, 20% of academics support the right to reject the existence of the state of Israel as part of free speech on campus, revealed a recent study commissioned by the Christian Democratic Union’s think tank.

Why has academia become such a bastion of anti-Israel hatred?

According to monitoring groups, in America, there were 201 anti-Semitic incidents on U.S. university and college campuses in 2018 alone, involving harassment, vandalism and physical assault. Many more cases go unreported because of the inaction of faculties to combat discrimination against Jewish students, especially when prejudice and anti-Israeli initiatives come from Jews themselves—Jewish Voice for Peace being the most vociferous group, active with numerous chapters on campuses across America.

President Trump signed an executive order to combat anti-Semitism on campuses conditioning governmental funding upon whether or not universities fail to reject anti-Jewish bias. But even those in favor of the initiative question whether its enforcement is realistic since fighting bigotry might contradict freedom of speech.

What Built the Bastion of Hatred?

Academia, the stronghold of the learned and educated, has become a fertile hothouse of bigotry and discrimination for various reasons. First, because among students there will always be people proficient in the art of rhetoric who can formulate their ideas assertively to justify such motions as boycotts, using logic difficult to disagree with. These opinionated people also understand how to propagandize and spread their hatred to reach the media and wide audiences. After all, academia is society’s source of education, from where society’s leaders and presidents have emerged. Academia is known for its diversity and permissive libertarianism, an arena that tolerates the expression of whatever comes to mind, even if it might hurt someone else.

Secondly, the roots of modern anti-Semitism were laid decades ago and have been nurtured patiently and cunningly. Its complex rationalizations did not suddenly spring out of thin air to become what they are today: mature and strong hatred. Anti-Semitism is so strong that it is almost impossible to tackle.

What Money Can Buy

It is suspected that radical Muslim elements penetrated and politicized universities many years ago to secure their place of influence with the help of generous financial support, as is currently being investigated by the U.S. Department of Education. He who pays has tacit permission to establish courses, programs and departments, according to his views and ideas, even at the expense of erasing other points of view and people. By quietly and steadily employing subversive operatives in key positions, it becomes increasingly impossible to close the door to further infiltration.

Jews can no longer ignore what is happening right in front of their eyes and continue with a business-as-usual attitude, as if this is a small and passing discomfort. The animosity will not vanish until people realize that freedom should not be confused with anarchy, bigotry, discrimination and even physical attack to threaten or attempt annihilation. And Jews—a people with a vast history of pluralistic debate among their sages to reach truth and wisdom—can and should play a crucial role in fostering an understanding of true freedom for society.

Dialogue should be encouraged with the intended end result of bringing about unity and brotherhood. Kabbalist Rav Yehuda Ashlag wrote in his essay “The Freedom” about the importance of the fundamental human value of freedom:

“Just as people’s faces differ, so their views differ. Therefore, society is cautioned to preserve the freedom of expression of the individual. Each individual should maintain his integrity, and the contradiction and oppositeness between people should remain forever, to forever secure the progress of the free society.”

But, as the wisdom of Kabbalah explains, freedom can work only if it is accompanied by the principle “love covers all crimes” (Proverbs 10:12) as a basis to reach unity and brotherhood above our differences.

The Jewish people with their long tradition of pluralistic discourse are uniquely situated to play a crucial role in fostering the understanding of true freedom by first implementing among themselves the method of connection above differences and then passing on to humanity the positive force that is generated. It will calm down anti-Semitism and pave the path to a bright future of mutual understanding and harmonious relations. Attaining such an elevated state is the ultimate role of Jews, i.e., to be “light unto the nations.”