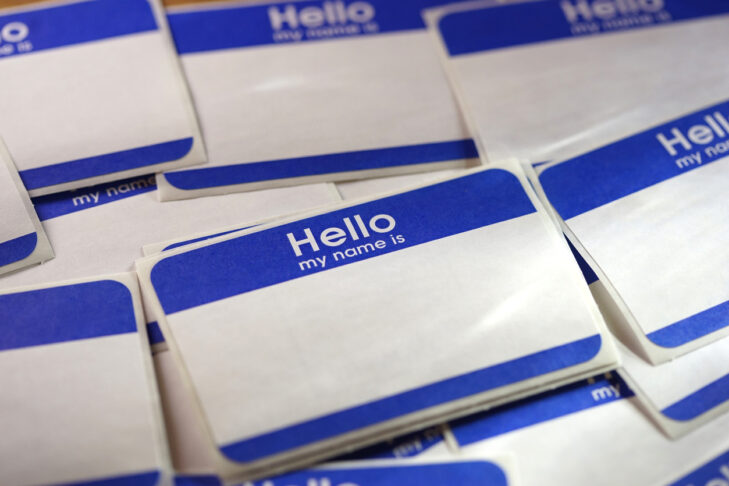 We all know that grammar is fake. The way people talk, the way they pronounce words, the way they alter language to fit their culture and community. All of it is up to interpretation. However, some people believe that only certain words can be used to describe certain experiences, and that the natural evolution of language indicates something wrong with those using it. This narrow-minded viewpoint is seen in the condemnation of African American Vernacular English (AAVE) and, to a different extent, in the widespread pushback against “they” as a gender-neutral pronoun.

“They” has been used as a gender neutral, singular pronoun since the 14th century, and yet some people believe its increased usage is a development of millennial “snowflakes” who are determined to ruin grammar for their own comfort. Of course, it doesn’t matter that both the Associated Press Stylebook and the Chicago Manual of Style, the two guides used as the pinnacle of English grammar, authorize usage of the singular “they.” It doesn’t matter that Merriam-Webster named “they” as its word of the year for 2019. It doesn’t matter that using a gender-neutral pronoun for someone indicates respect and sensitivity toward their lived experience. The only thing that matters, according to self-proclaimed grammar snobs, is the sanctity of their antiquated gender perception wrapped in a thin layer of concern for language.

For those people, let us return to the Jewish perception of gender. In addition to zachar (male) and nekevah (female), there are four other gender identities that rabbis recognize. Other cultures also recognize more than two genders, and have for thousands of years, which puts the idea that gender non-conformity is a new phenomenon to bed. Furthermore, even if using gender-neutral language was brand new, why is that a bad thing?

People who do not identify with the pronouns “he” and “she” exist. They are human beings with thoughts and emotions, just like those who use binary pronouns. The mere fact that someone asks to be respected through a small mental shift should not be an issue for someone capable of basic human empathy. I guarantee that every person who decries singular “they/them” pronouns has used those pronouns for someone before without even realizing it. If someone living as their authentic self makes you uncomfortable, that is an issue with you, and you should examine your own prejudices rather than resorting to a knee-jerk reaction.

As “they/them” singular pronouns grow in relevance, I hope to see a larger cultural shift in accepting them. Sure, when using unfamiliar pronouns, you may slip up and misgender someone, but that is easily remedied with an apology and the conscious decision to do better. Using someone’s correct pronouns is not mental gymnastics. It may take practice, but it becomes easier with time. The most important thing is to respect the way other people want to be addressed and show them you care about treating them with basic human decency.

Gender-neutral pronouns don’t destroy language and community; prejudice does. If we don’t allow language to grow and change, it will die. If we don’t allow people to grow and change, they will die. The increased search numbers on “they” indicated by Merriam-Webster shows that we’re stepping in the right direction, and as we all strive to create a better world, it’s worth noting that small steps often lead to large ones.