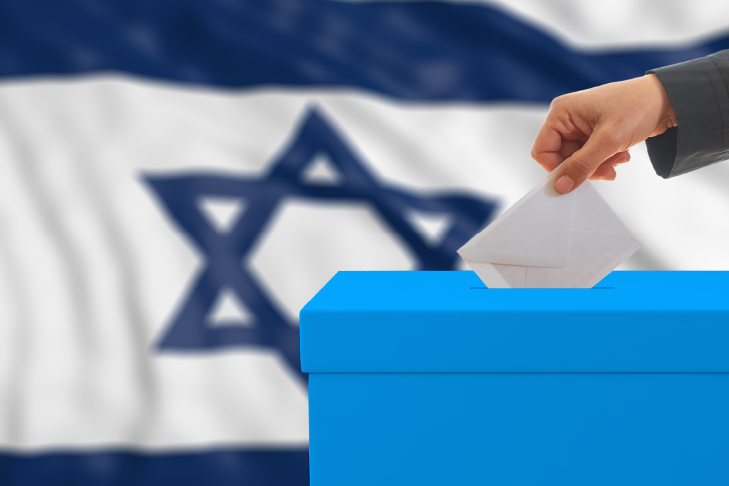 I have a well-worn, small leather-clad suitcase (a “valise,” as my parents called these things) that contains a collection of my father’s old papers. Many of the documents are written in German, Yiddish, Polish or Hebrew. I treasure them despite not understanding most of what they say. Yet the more I became interested in the documents as my father aged and lost his vision, the less able he was to help me decipher them. He died in 2015 after an unbelievably long and eventful life at 99. So, it was an “aha!” moment and a great coincidence when I came across these little receipts, called “Shekels,” just as we at Temple Shalom are ramping up our efforts for a World Zionist Organization voting drive. (The image below is from 1946.) 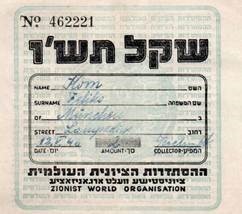 Just before the second World Zionist Congress in 1898, it was decided that any Jew 18 or over who paid the nominal dues and obtained this Shekel (which, of course, is now the currency in Israel and an ancient Hebrew monetary unit) could vote for delegates. I am excited to carry out this tradition, even more so now that I have found these documents.

My father handed down to me a deep connection with the land of Israel. His doctoral thesis, which he wrote about the developing economy of Israel while a refugee in American-occupied Germany, sits on my shelf (it’s in German, 300 pages, but has great photos and graphs). He kept in touch faithfully with his friends there, followed every bit of news from Israel and, as these little documents show, was a Zionist. As a Holocaust survivor, my father chose not to emigrate to Israel because he couldn’t tolerate the idea of living through more conflict, but he never stopped cheering for his brave brothers and sisters who were chalutzim (pioneers).

Which brings me back to today. World Jewry has radically changed since 1946. European Jews from whom many of us are descended comprise only 9 percent of world Jewry. Israel and the U.S. are home to 84 percent of the world’s Jews, with Israeli Jews gradually growing to outnumber American Jews. As Daniel Gordis writes in his recent book, “We Stand Divided,” Jews in America and those in Israel greatly need one another to maintain a robust Jewish community that will thrive and survive into the future. But we often see things from very different perspectives. We need to learn from one another and to hear one another’s opinions and ideas.

The reasons to vote for Reform representation in the WZO are no less compelling now than they were prior to Israel’s founding. We should make non-Orthodox Judaism part of the larger conversation about religion in Israel. Voting Reform ensures that there will be WZO delegates that represent the Reform movement as part of the greater congress. Delegates make important decisions about the allocation of WZO funding and are able to earmark funds to support the Reform movement in Israel. These WZO funds are used to sustain Reform synagogues and Reform Israeli rabbis who offer a way to practice an egalitarian and relevant Judaism that is deeply needed in Israel today. What better way to do this than to have our voices heard through representation in the Zionist Congress?

So, vote the Reform slate in the WZO elections. My dad would be proud of you. You won’t get a sticker. But maybe a shekel?

(Temple Shalom will have staff to assist you in voting on Sunday mornings in January, February and early March. One needs only to pay the small fee online and vote using a mobile device. During the process, you will be asked to pledge agreement to the basic principles of the WZO, called the Jerusalem Program. The link to VOTE REFORM, along with other information about WZO elections, can be found here.

Thank you in advance for devoting a few moments to supporting our Israeli Reform friends and family. If you have questions, please contact Scott Birnbaum, Temple Shalom of Newton’s WZO election representative.)

Dr. William Korn is the chair of the Temple Shalom of Newton Israel Engagement Task Force.