Close
Don’t miss another chance for fun!
Get the best Jewish events for children, teens and families delivered to your inbox every Wednesday with JewishBoston Plus Kids.
By signing up, you agree to our Terms of Use and Privacy Policy.
From Memory to Action: 75 Years of Liberation
View all 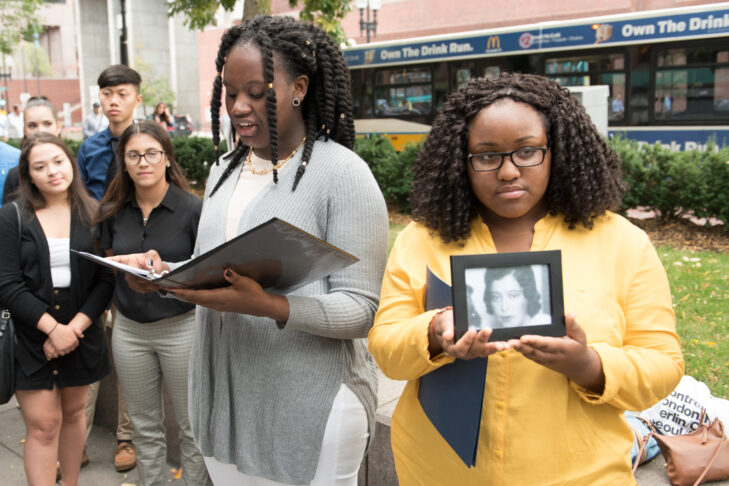 What was it like to meet Anna, and how did your relationship with her develop?

I met Dr. Ornstein during the renovation of the Holocaust Memorial in Boston. I had never interacted with a Holocaust survivor before, so meeting someone like her was something that I was looking forward to. When you meet people like Dr. Ornstein, you’re meeting a page of history—a very important one. As my classmates and I were chatting with her, I could see myself connecting details of what she was saying to all the things I’ve learned in the classroom or read on my own; a powerful moment where history stops being facts but testimony.

I presented myself to her after the group conversation and we engaged in a conversation with topics ranging from the Holocaust to my origins and what I wanted to study in college. Our close relationship was naturally born from there.

She later invited some students from the Malden High School history club to the Terezin Music Foundation gala “Do Not Forget Me,” and we kept in touch ever since. She also contributed enormously to my successful path to college by advising me along the way and even agreeing to write me a letter of recommendation. She is the first person I contacted and shared the honor of winning the 12th Annual Israel Arbeiter Holocaust Essay Contest, an announcement to which she answered, “I told you that you are a scholar.” We are still in touch today and have casual debate here and there about random topics, an interaction that feels surreal to me to this day.

What was it like to visit the United States Holocaust Memorial Museum, and what did you gain from the experience?

As I like to remind myself, lessons from historical events like the Holocaust are just as endless as they are timeless. If human behavior can lead to the repetition of previous actions, then it is a constant duty to spread the knowledge of these chapters of human history as much as we can, especially at times where we seem to witness any similar tendencies.

I was really excited to go there and just wander around the walls. The quote that struck me the most at first sight was: “This museum is a question, not an answer,” or something along those lines. I reflected a similar call to conscience in the last line of my essay, “The Night of Broken Glass, The Broken Promises,” but the welcoming quote at the museum was a stronger and more direct way of unsettling the passiveness of a visitor who may think this is another museum to walk around and take pictures.

I really liked the “workshop atmosphere” approach and made a great effort not to tear up in the middle of it. It truly was a moment that I’ll take with me as I continue my study of the world’s history and beyond. 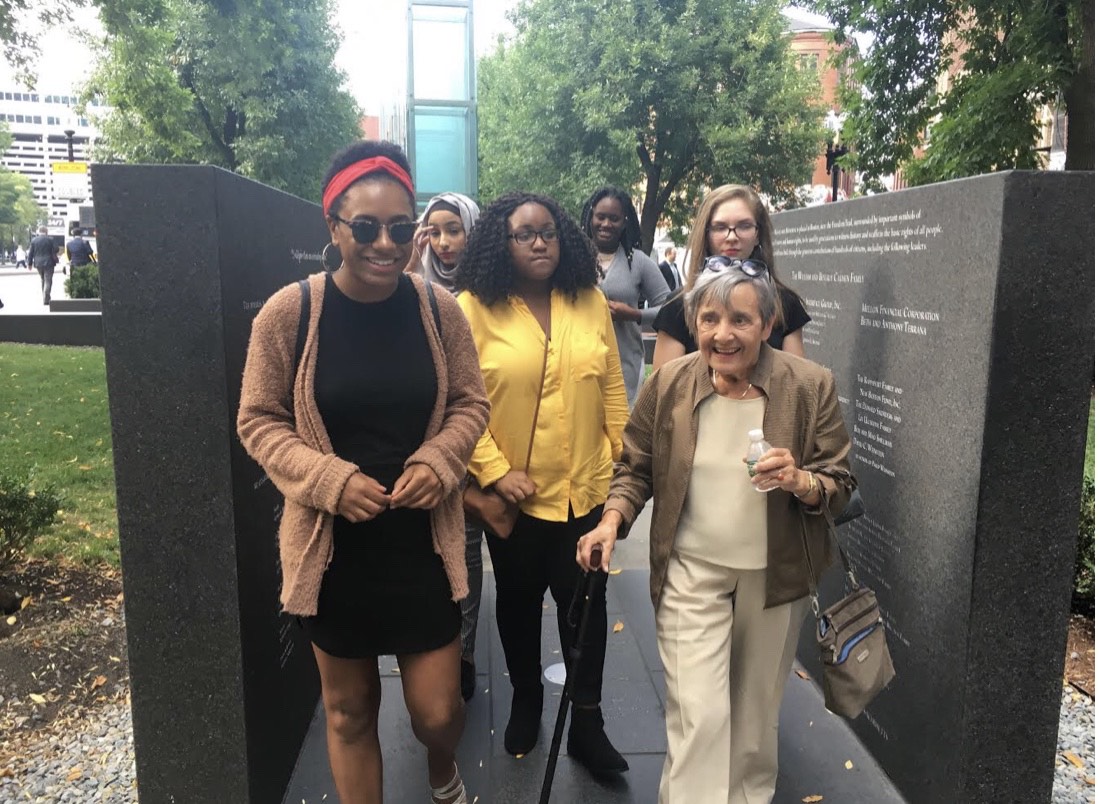 What lessons have you carried with you from these two experiences into your current life?

From my interactions with Dr. Ornstein: In general, young people should seek to learn from those who have gone before us more often. I recently did an interview with Facing History and Ourselves, in which I reflected on the fact that the Holocaust survivor population will not be physically with us for more decades. What will stay are the books, the interviews and the foundations countless of them have created. All of that is their legacy, and I am glad that life made it so that I am one of the members of this young generation to closely interact with them, hear them talk in conferences, etc. Because of this fact, there’s a duty that is inevitably required from us to be the next group whose job is to pass down these stories and these lessons. And we can’t do it properly if we have not immersed ourselves fully in the preparatory process, which is investing our time and youth in learning more from them while they are still with us.

From my visit to the museum: Be even more curious. Look for the deeper meaning in things as you explore them. From this visit I learned things I wasn’t aware of before, and it all came from a place of curiosity toward what I did not know and being excited about it.

How can you apply these lessons to events happening in the U.S. currently?

Sadly, we live in a time during which we see people’s differences between each other used to obtain personal gain. Here, in terms of difference, I refer to variation of beliefs rather than inherent traits. I have not lived long enough on earth to make a strong statement on the singularity of this divisive atmosphere, but one can clearly see some striking resemblance between now and previous periods in history that we have categorized as divisive and the characteristics of such times—something that I also highlight in my essay. I think it is crucial to be prudent in realizing how long we should tolerate these behaviors, if at all, before we stand firmly and uniformly against them.

Something that may appear utopian, as it is nearly impossible to have a unanimous reaction even to things that are manifestly nocuous to all of us, even those who may think it benefits them in some way. It may lead to a desired outcome, but in the long run, when one really thinks about the human bond that connects all of us, it is not a good strategy to exploit one’s fear and troubling belief systems for personal gain. You may find yourself decades later writing historic books about a man who you allowed to murder 6 million souls because of his diabolic ideologies, but, more importantly, because of your complicit silence or lack of affirms those actions.