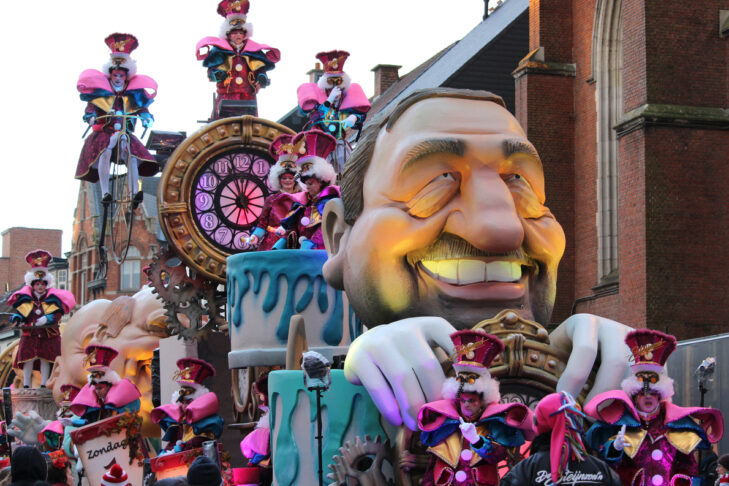 The Aalst Carnival in Belgium in February 2018 (Photo: iStock/Imladris01)

Every year, before the start of Christian Lent, the town of Aalst, Belgium, throws a three-day carnival. The Aalst Carnival is a satirical celebration that takes over the streets, with floats and costumed performers. But this event in particular stands out due to its blatant antisemitism.

People dressed as Orthodox Jews sport Kafkaesque fly abdomens, fake weeping over a constructed “Wailing Wall” meant to mock the backlash the carnival has faced. For three days, citizens mock Jewish ritual and pain under the guise of satire, and the Jewish community is told yet again that their existence is a joke.

The parade, which was once recognized by UNESCO as a Masterpiece of the Oral and Intangible Heritage of History, was removed from the list last year due to its gross use of antisemitic caricatures. Defenders of the festival condemn “political correctness,” claiming that the carnival makes fun of everyone, so why are the Jews so sensitive?

Why, indeed? Well, for starters, an antisemitic event in a country that housed a Nazi prison camp less than a century ago is, historically, a bad look. Effective satire punches up at a ruling class, such as, for example, a religion that has systemically disenfranchised already marginalized people, such as Christianity. But there are no floats portraying Christians in any negative light at the Aalst Carnival, even though it’s supposed to make fun of everyone. The argument of satire falls apart immediately when the content of the “satire” is indistinguishable from hate speech and antisemitism. “A Modest Proposal” this is not.

Second, events such as the Aalst Carnival only serve to indicate how little the environment for Jewish people has changed since World War II. Rabbi Danya Ruttenberg wrote an excellent Twitter thread on the subject, remarking that instances of antisemitism increase around Easter and Lent, culminating in pogroms throughout Europe.

Religion and perceived slights mixed with propaganda create a whirlwind of hatred couched in the claim that it’s “all in good fun” and that Jewish people “shouldn’t be so sensitive.” But Jewish people recognize bigotry when we see it. Our generational trauma spans millennia, fine-tuning an entire culture to recognize danger. We wouldn’t be sensitive if we had not been forced to become sensitive. Facing consequences for antisemitism and then blaming Jewish people for ruining a bit of innocent fun is not only disingenuous, but so divorced from reality that the conversation might as well be taking place on a quantum level.

Jewish people have been brutalized and disenfranchised for hundreds of years. Just because an event is a tradition doesn’t mean that it’s exempt from scrutiny and backlash. People participating in such events love to pretend that they hate everyone equally, that they are divorced from the systemic violence that allows them to dress up and mock those they deem lesser. But they are the system, no matter how clever they believe themselves to be. There is no nuance, no secret joke. Antisemitic events show the true colors of a culture and the lack of compassion. The Aalst Carnival is a celebration of the long and storied tradition of antisemitism in Europe. That’s it. Nothing more.