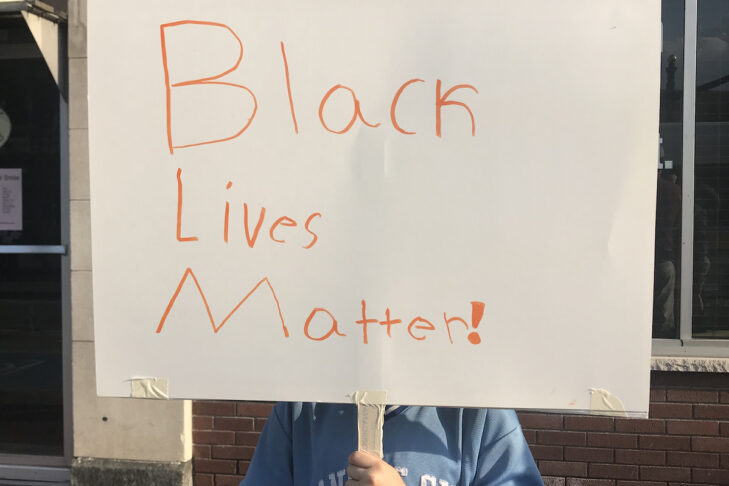 When my kids were very little, I relied mainly on instinct when making decisions. I didn’t scour parenting books, prowl message boards or join support groups. It didn’t feel authentic for me. I wasn’t overly stressed, yet I felt like I somehow should be, or else I wasn’t doing it right. But people had been parenting for generations. Did I really need a book or an online stranger to tell me how to do something that had been done for thousands of years? I preferred to act and react in the moment; I didn’t agonize over research. I operated from an internal playbook.

Partially, I was busy. I went back to work when my first son was 3 months old; I didn’t even take an actual maternity leave for my second. Partially, though, I rolled my eyes inwardly at the people who were so angst-ridden about things that seemed inconsequential in the long term. Don’t abandon your kid to a television screen; feed your child in a way that makes sense for your family and don’t beat yourself up if you can’t and so on. So many divisive issues really seemed drummed up by the media (and yes, I work in the media) to create divisions among people who were just trying to do their best. My oldest was born during peak “sanctimommy” years, where moms in particular seemed to relish putting one another down for their choices, as if to affirm their own. No, thanks.

Right and wrong, consistency and love; how hard could parenting be? I thought it was as simple as that; I thought instinct would carry me through.

This does not work in all situations. I always believed that I was raising anti-racist kids, just by being me. By teaching them to be kind, to judge people on their merits and not their skin color. But I was also teaching this lesson from inside an echo-chamber bubble in a liberal, mostly white suburb. These “teaching moments” were just that, small, fleeting moments in an undisturbed and unrelentingly comfortable existence. I was checking a box, not living a life. Ideology and good intentions are not activism, and they don’t spur change. I often used social media as a proxy for a social conscience.

Racial injustice is nothing new, of course, but this week’s events have swung them into sharper focus amid a roiling, imperfect storm: a pandemic, police brutality captured on video for slow, agonizing minutes and a presidential administration unlike anything we’ve seen.

I have no playbook as a parent for this moment, no instinct. When my son asks me to explain racial injustice to him, I can tell him what I learned as an American studies major at an elite liberal arts college in the Northeast. I can explain Plessy v. Ferguson and Brown v. Board of Education. I can sit with him while we watch YouTube videos of RFK addressing the crowd after Martin Luther King’s assassination. I can expose him to books with various characters and perspectives. I can hand him a piece of chalk so he can scrawl messages on the sidewalk.

But I don’t have a script when he comes in after writing, “All lives matter,” on the driveway.

He thought he was being compassionate; I explained the differences in nuance and why acknowledging black lives in particular was so important. Then I wondered whether I was explaining it wrong or had put him off caring entirely by criticizing him, or whether I should have said anything at all and hoped the rain would just wash it away.

Later, we ate dinner in front of the TV and watched CNN as protesters marched in front of the White House. The scene was scary and, at times, violent. I wasn’t sure if it was appropriate for a 9-year-old, but pretending it wasn’t happening seemed even worse. He needed to know what was going on, and I wanted to be there to explain it to him as best as I could, however imperfectly.

He asked questions. And, for the first time, I didn’t have clear answers. I didn’t have an easy line handed down to me by my mother or grandmother. I hadn’t lived these experiences. I had to simply say, “I don’t know,” and realize that there’s no shame in needing to look outside myself for the answers. All I could do was tell him that he was lucky: to be born white, to be born a man, to be born in a world where he didn’t have to live in fear. I think he understood. (His toddler brother, diving from the couch onto a fort made of cushions on the floor, definitely did not.)

Last night, we went to a protest in our town. It was peaceful; well-spaced people lining the streets six feet apart, holding signs as cars honked driving by. My son made a sign, propped up with a yard stick, that said, “Black lives matter,” in orange marker. He held it in the wind as his little mask drooped below his nose. No, I didn’t have a playbook for this.

Standing with him on the street corner in front of the pizza place, the exercise place and the now-shuttered 5&10, I thought about comfort. As a parent, I had done what was comfortable; I did what I knew. I relied on instinct, but sometimes instinct is another form of complacency. We adhered to our routines; I stuck to issues that I could easily explain. As a family, we had certainly confronted difficult problems: mental health, dyslexia, death. But our core worldview had never changed. And here, on a street corner a mile from our house, it was. Watching cars drive by, I promised myself to parent outside of my comfort zone; to be even more thoughtful and deliberate; to assure my family that activism wouldn’t stop with an easy stroll down the hill to the center of town.

How often did we patronize black-owned businesses? Where did we donate our money? How often did we spend time with people whose experiences differed wildly from those of our own? Did I actively participate in town government? How often was I working every day to eradicate systemic inequality and understanding the mechanisms that drive it? Knowing right from wrong, and teaching right from wrong, isn’t the same thing as living a life that actively eradicates the wrong.

But looking at my son holding his sign, spontaneously waving when people drove by, I do know that instinct matters, too. We can teach how to best channel kindness and compassion, but they come from within.