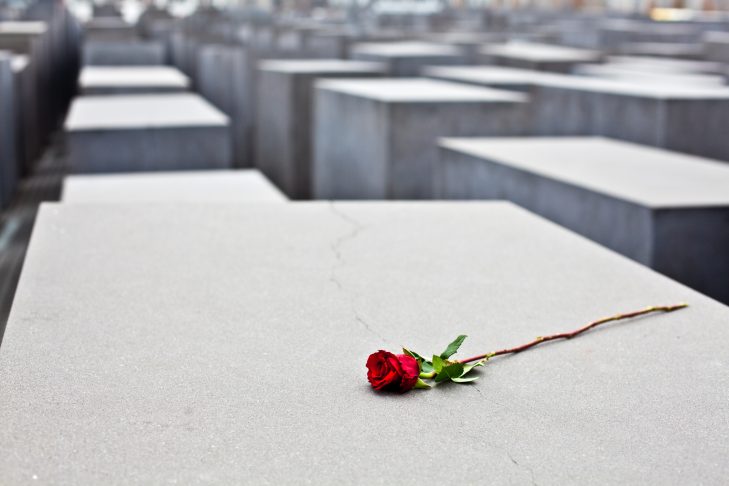 This year’s virtual community Holocaust commemoration of Yom HaShoah is “At a Crossroads: Preserving the Truth.” We live in a time when there are many who distort the facts of the Holocaust. Survivors have fought these distortions by preserving the truth of their lived experiences. This year, we will hear from community leaders throughout Greater Boston and local Holocaust survivor Freida Grayzel, who will share her story with the winners of this year’s Israel Arbeiter Essay Contest.

Frieda Tenenbaum Grayzel was born in Poland in 1934 and was 5 years old when Nazi Germany invaded and occupied her country. Her family fled their hometown for Poland’s capital, but after the bombardment by the German military, they returned home and were interned in the Tomaszow ghetto. The family—with her sister, Dorka, who was born in Warsaw on Sept. 7, 1939—were taken to the Bliżyn labor camp, where Frieda’s 4-year-old sister was taken away and killed.

After her father was deported for camps unknown, Frieda and her mother were deported to the Auschwitz-Birkenau concentration camp. Out of more than 1 million people sent there, she is one of only a few hundred children who survived. Frieda has worked as an arts administrator and as a social worker and psychotherapist, and has also spent years sharing her story to ensure that future generations know the past and understand the dangers that exist today.

Also co-sponsored by the American Association of Jewish Holocaust Survivors and Descendants of Greater Boston, United Way and the Consulate General of Germany to the New England States.

Facing History and Ourselves