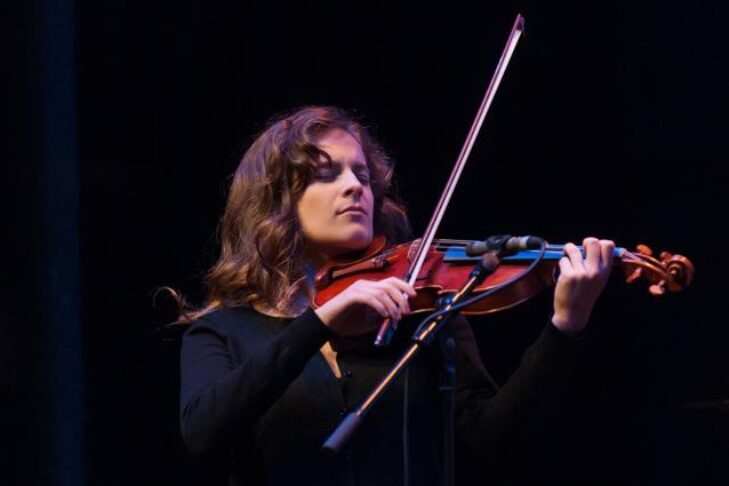 Abigale Reisman is a violinist, composer, improviser and educator. She is a co-founder of Thread Ensemble, an experimental trio that creates music out of interactions with their audiences. She is a member of Tredici Bacci, which was featured in Rolling Stone’s “10 Artists You Need to Know: November 2016.” She is also a composer, arranger and performer in the International Jewish Music Festival award-winning band Ezekiel’s Wheels Klezmer Band.

Abigale earned her bachelor’s degree at The Manhattan School of Music in classical violin performance and went on to receive her master’s degree at The New England Conservatory in contemporary improvisation. She has toured the world performing klezmer, classical, pop and experimental music. Abigale has had the privilege to share the stage with great musicians, such as Father John Misty, David Krakauer, Amanda Palmer, Jeffery Zeigler, Sarah Jarosz, Hankus Netsky, The Ballroom Thieves and Anthony Coleman.

The Boston Synagogue
Supported by: