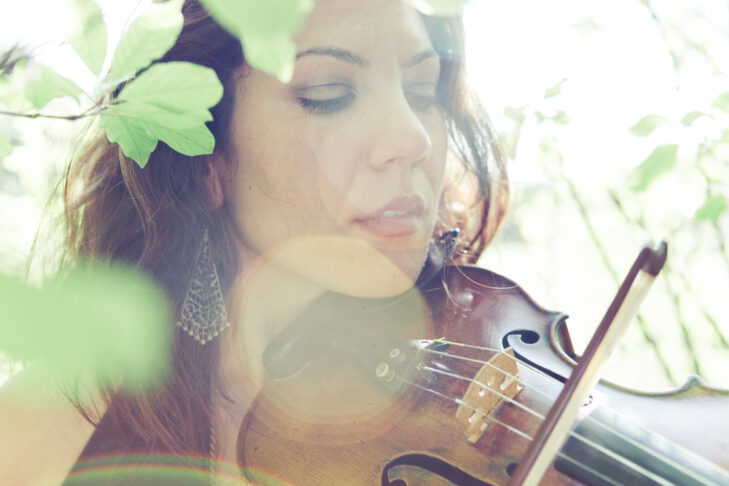 Violinist Yaeko Miranda Elmaleh has performed at TD Garden alongside Stevie Wonder, at Hynes Convention Center with Bernadette Peters and in the off-Broadway musical “Shlemiel the First” in New York.

As a member of the Klezmer Conservatory Band, she has performed in venues such as Avery Fisher Hall, Walt Disney Concert Hall, Barclay’s and many more throughout the United States, Canada and Mexico. Most recently she participated in the “Eternal Echoes” project with Itzhak Perlman and the Klezmer Conservatory Band. She’s the founder of her own ensemble, a group that plays a blend of Latin, Jewish, klezmer/Roma-inspired music with an edge.

Her multicultural background and unique style, along with training in classical and world music, inspire Yaeko to use her playing as a way to heal, soothe and transcend.