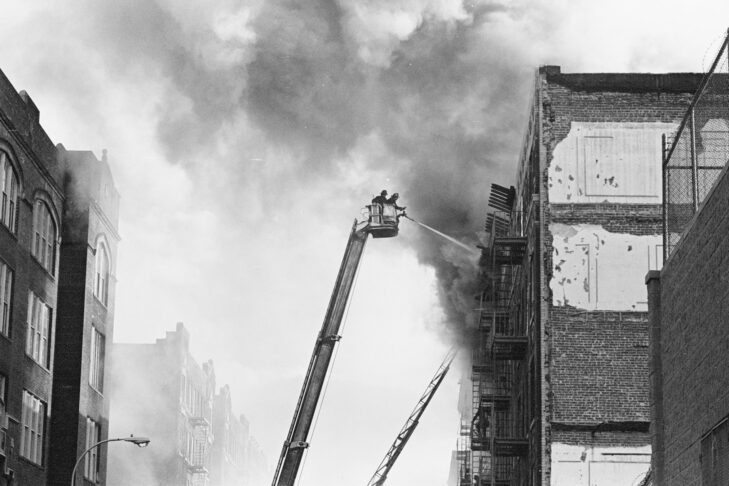 With the multiple stressors our community has faced and will continue to face, this film series focuses on and celebrates how an act of healing, no matter how small, contributes to “tikkun olam/sanar el mundo”—healing and repairing the world. The films are available in both English and Spanish (captions). The discussions will directly follow the screenings.

The second discussion will be on “Decade of Fire” directed by Vivian Vázquez Irizarry and Gretchen Hildebran. Throughout the 1970s, fires consumed the South Bronx. Black and Puerto Rican residents were blamed for the devastation even as they battled daily to save their neighborhoods. In “Decade of Fire,” Bronx-born Vázquez Irizarry pursues the truth surrounding the fires—uncovering policies of racism and neglect that still shape our cities, and offering hope to communities on the brink today.

Vázquez Irizarry, in her role as the film’s central character and co-director, seeks not only healing for her community, but to redeem them from the harmful mythology spread by the media that has continued largely unchallenged to this day.

A discussion with Vázquez Irizarry and Hildebran, moderated by Sabrina Aviles and featuring special guests Roseann Bongiovanni and Maria Belen from GreenRoots in Chelsea, will directly follow the screening at 5 p.m.

We are licensed to stream this film during the event.