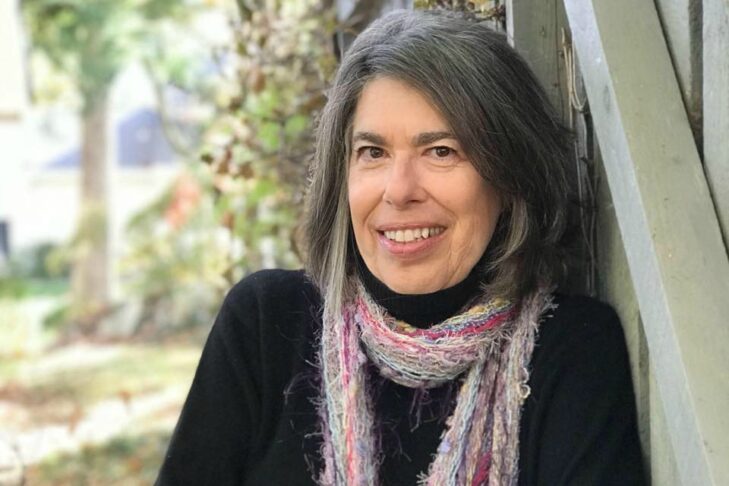 In the summer of 1942, 22-year-old Franci Rabinek was deported to Terezin, a concentration camp and ghetto 40 miles north of her home in Prague. It was the beginning of a three-year journey from Terezin to the Czech family camp in Auschwitz-Birkenau to slave labor camps in Hamburg and Bergen Belsen. After liberation by the British army in April 1945, she finally returned to Prague.

In Auschwitz, Franci lied to Dr. Mengele at selection, saying she was an electrician. This both endangered and saved her life. In “Franci’s War: A Woman’s Story of Survival,” she offers her intense, candid and sometimes funny account of those dark years with the women prisoners in her tight-knit circle of friends.

Franci Rabinek’s daughter, Helen Epstein, a veteran journalist, will join us to discuss how she brought her journalistic skills to editing her mother’s 1974 manuscript.

To get the most out of this program, we recommend that you order and read “Franci’s War.”

Helen Epstein, a veteran arts journalist, is the author, editor and/or translator of 10 books of non-fiction, including the Holocaust trilogy “Children of the Holocaust,” “Where She Came From: A Daughter’s Search for Her Mother’s History” and “The Long Half-Lives of Love and Trauma.”

Born in Prague, Epstein grew up in Manhattan and is a graduate of Hebrew University and the Columbia School of Journalism. Her eyewitness account of the Soviet Invasion of Czechoslovakia in 1968 was published in the Jerusalem Post. She became its university reporter during her student years and later wrote about the arts for The New York Times, The Washington Post, The Boston Globe and many magazines. She was the first tenured woman journalism professor at New York University.

In 2018, she rediscovered and edited “Franci’s War” by her late mother, a Czech Jewish fashion designer. A resident of Lexington since 1999, Epstein reviews for The Arts Fuse and is writing a cancer memoir.

Please click the “Register” button for the Zoom link.