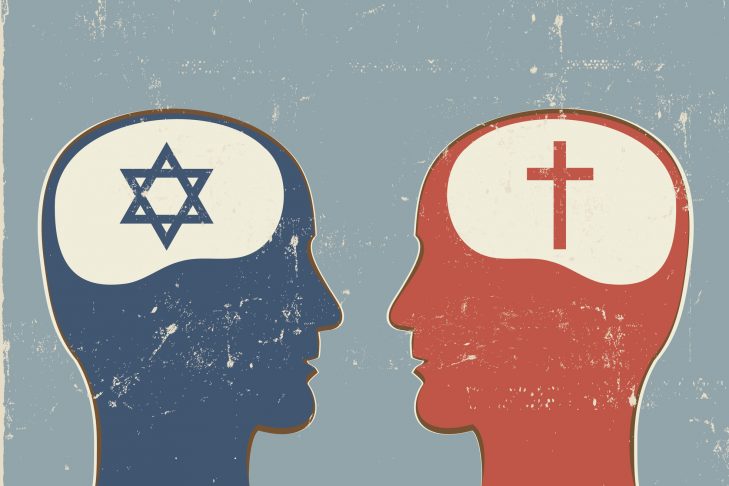 According to Luther, it was the apostle Paul who in his Letter to the Romans explored that faith in Jesus Christ is the sole basis for justification. For Protestant theology—at least in its Lutheran shape—justification by faith alone plays an essential role ever since. Sometimes this doctrine is also considered to be the reason for the “parting of the ways” between Jews and Christians. In more recent times, however, in Pauline studies as well as by scholars of ancient Judaism, the meaning of justification in Paul’s theology and its relationship to Jewish tradition have been reconsidered.

This lecture will explore what Paul in his Letter to the Romans has to say about Jewish and Christian belief in God, on justification by faith and its relation to Jewish thought, and whether Luther got it right in interpreting Paul. It will also be asked what all this means for Jewish-Christian relations today.

Jens Schröter (Ph.D., Ruprecht-Karls-Universität Heidelberg) is Professor of New Testament Theology and Exegesis and New Testament Apocrypha at Humboldt University Berlin. His main areas of research include: Historical Jesus; Apocryphal Writings of Early Christianity; Canon and Theology of the New Testament; and Paul (with a current focus on the Letter to the Romans).

His more recent publications include Jesus of Nazareth: Jew from Galilee – Savior of the World (English translation 2014, 6th German edition 2017); From Jesus to the New Testament (English translation 2013); Jesus Handbuch (editor, with Christine Jacobi, 2017); and The Nag Hammadi Writings within the Literature and Theology of Early Christianity (editor, with Konrad Schwarz, 2017).

The lecture will be at McGuinn Hall 521, Chestnut Hill Campus.