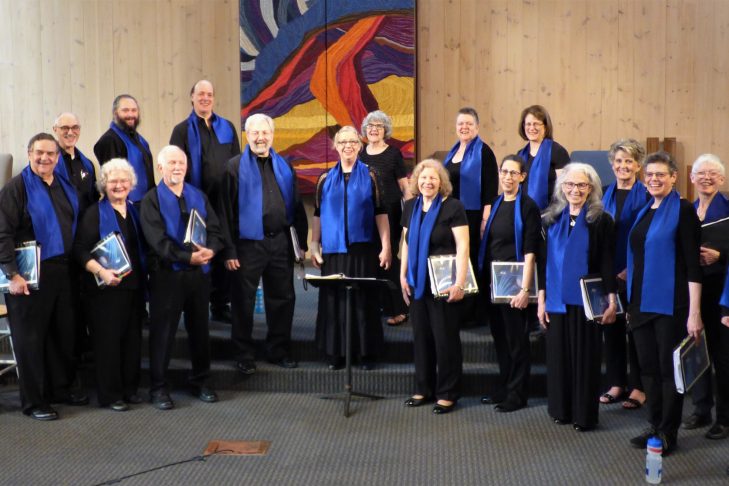 Shir Joy Chorus, Central MA’s Jewish Community Chorus, is seeking new singers for its winter concert on Feb. 9. The season begins with open rehearsals when potential members can observe or join right in. Regular rehearsals are Sunday evenings and are held at Congregation B’nai Shalom, which generously donates rehearsal space.

Members come from a variety of area towns, including Worcester, Westborough, Northborough, Marlborough, Auburn and Medway, and carpooling can be arranged. The chorus is non-auditioned and is open to all, regardless of ethnicity or religious background. Director Nan AK Gibbons sets a warm and welcoming tone.

Shir Joy Chorus is an adult community chorus (ages 16+) dedicated to learning, sharing and performing Jewish music from the rich and varied Judaic cultures of Israel and the Jewish Diaspora. Although many temples and synagogues have choruses that sing on the holidays, we are the only year-round trans-denominational Jewish chorus in Central Massachusetts. The chorus performs music in English, Yiddish, Hebrew, Ladino and other languages, the pronunciation of which is taught during rehearsals, so no prior knowledge is needed. Founded in 2011, Shir Joy is an independent nonprofit 501(c)3 organization, funded by the Jewish Federation of Central Massachusetts, the Westborough Cultural Council (a member of the Massachusetts Cultural Council) and private supporters.