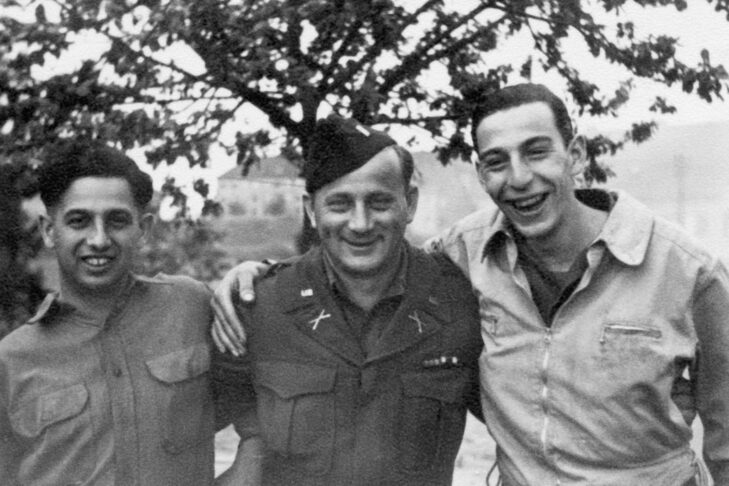 Please join us for “The Ritchie Boys: How Jewish Refugees Helped Win World War II” with Dr. David Frey, founding director of the Center for the Holocaust at West Point.

In 1942, the Military Intelligence Division, despite a history of bias, established the Military Intelligence Training Center (MITC), which recruited soldiers otherwise “marginalized” in American society: refugees from Nazi-occupied Europe, Japanese Americans, Native Americans, African Americans and women. These groups possessed invaluable linguistic, cultural and intellectual skills that made them particularly effective at helping the U.S. fill a strategic gap in its intelligence-gathering capabilities. Among the “Ritchie Boys (and Girls),” named for Maryland’s Camp Ritchie, the MITC’s location, were several thousand young Jewish refugees from Hitler’s Europe and several hundred second-generation Japanese Americans (Nisei) who made huge contributions to the defeat of the Axis, the occupation governments and the war crimes trials in Germany and Japan.

In addition to discussing the origin of the MITC, its training and some of the contributions of its graduates, Dr. Frey will discuss how the intelligence techniques taught at Camp Ritchie are still relevant and utilized today and how they can help us to better understand the Russian invasion of Ukraine.

Dr. David Frey is professor of history and founding director of the Center for Holocaust & Genocide Studies (CHGS) at the U.S. Military Academy at West Point. As CHGS director, Dr. Frey oversees a comprehensive atrocity studies program and has spearheaded efforts to increase Defense Department understanding of, research into and efforts to prevent mass atrocity. He is the 2021-22 William J. Lowenberg Memorial Fellow on America, the Holocaust and the Jews at the Mandel Center for Advanced Holocaust Studies at the U.S. Holocaust Memorial Museum (USHMM), researching World War II-era “marginal soldiers.” These include Jewish refugees who joined the U.S. Army military intelligence and contributed to reshaping concepts of American citizenship and belonging. Author of “Jews, Nazis, and the Cinema of Hungary: The Tragedy of Success, 1929-44” (IB Tauris, 2017; winner, 2019 biennial Hungarian Studies Association Book Award), co-author of “Ordinary Soldiers: A Study in Law, Ethics and Leadership” (USHMM, 2014) and co-author of “Least-Worst Decisions: The Leadership of LTG Roméo Dallaire during the Rwandan Genocide” (forthcoming), he taught at Columbia University after earning his Ph.D. in Central European history there. He serves on the USHMM’s Education Committee and the executive committee of the Consortium of Higher Education Centers of Holocaust, Genocide & Human Rights Studies.