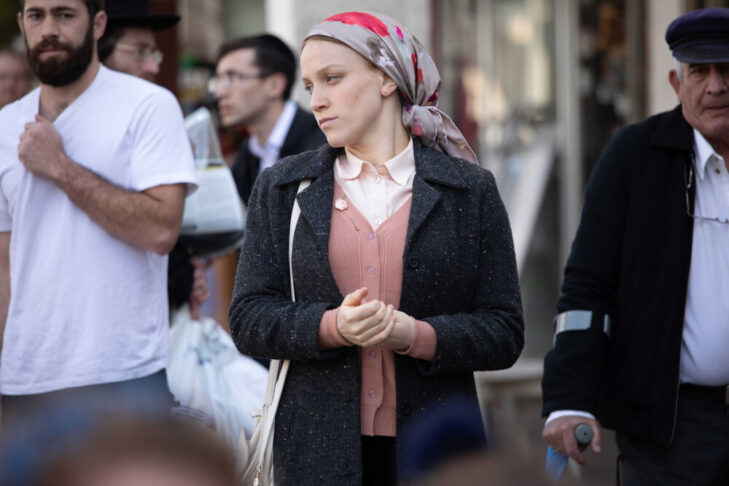 Join us for a live online conversation with “Unchained” director/creator Tamar Kay, lead actress Avigayil Koevary and Dr. Lisa Fishbayn Joffe, director of the Hadassah-Brandeis Institue, with an introduction by Shayna Weiss, associate director of the Schusterman Center for Israel Studies.

Rabbi Yossef Mourad (Aviv Alush, “Baker and the Beauty”) works for Israel’s rabbinical courts, tracking down husbands who refuse to give their wives gets, the document required to grant women Jewish divorces. Acting as a hybrid detective/psychologist, Yossef will go to any lengths within Jewish law, and sometimes outside of it, to obtain freedom for these “chained” women. When Yossef uncovers a secret that threatens to dissolve his own marriage to Hana (Avigayil Koevary, “Red Cow,” “Redemption”), his world begins to crumble.

Tamar Kay is a three-time Israeli Academy Award nominee. Her short film, “The Mute’s House,” was shortlisted for the 2017 Best Short Documentary at the Academy Awards. Kay graduated from the Sam Spiegel Film & Television School in Jerusalem in 2015. Prior to her film studies, she completed a dual degree in psychology and philosophy at the Hebrew University in Jerusalem. Currently, Kay is developing a full-length feature script with the support of The Rabinovich Foundation for Arts.

Avigayil Koevary is a singer-songwriter and actress. Her band, Koevary, has completed three albums, including, most recently, “Bat Zekunim/The Youngest Daughter,” which won the ACUM award for best production. Koevary has starred in several Israeli films, including “Red Cow,” for which she won Best Actress from the Jerusalem Cinematheque. She plays the lead female role in the TV series “Matir Agunot”/”Unchained.” Koevary was born in Jerusalem to Modern Orthodox parents who moved to Israel from New York.

Dr. Lisa Fishbayn Joffe is the Shulamit Reinharz Director of the Hadassah-Brandeis Institute at Brandeis University, where she teaches in the Near Eastern and Judaic Studies department. She is also director of the Project on Gender, Culture, Religion and the Law. Dr. Joffe is a co-founder of the Boston Agunah Task Force, devoted to research, education and advocacy for women under Jewish family law. She holds three law degrees. Before coming to HBI, she taught law at University College London and was a law clerk to Justice Frank Iacobucci of the Supreme Court of Canada.