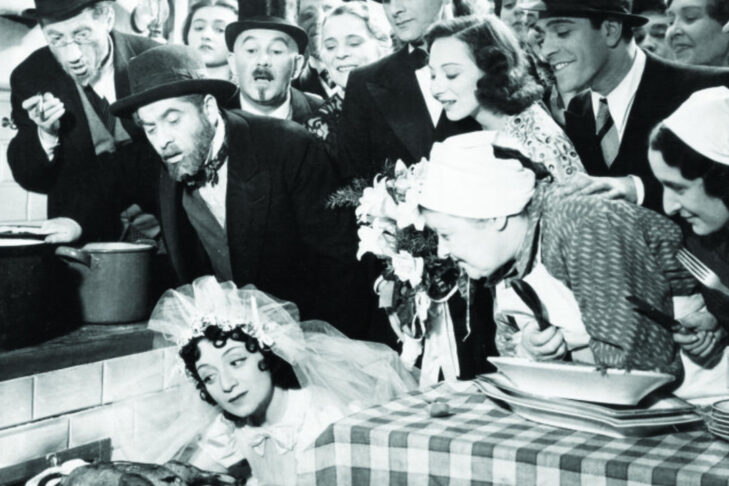 Molly Picon (“Queen of the Yiddish Musical”) shines as Mamele, the dutiful daughter keeping her family intact after the death of their mother. She’s so busy cooking, cleaning and matchmaking that she has little time for herself, until she discovers the handsome violinist across the courtyard!  Directed by Joseph Green and Konrad Tom. (Poland, 1938, 97 minutes, Yiddish with new English subtitles; new digital restoration by the National Center for Jewish Film.)

Sharon Pucker Rivo is the co-founder and executive director of The National Center for Jewish Film (NCJF). She has been a leading force in the field of Jewish film and culture for more than four decades through her work as an archivist, curator, programmer, film distributor, film producer and academic. In the mid-1970s, she rescued a languishing collection of Yiddish-language feature films. Today, NCJF is the largest archive of Jewish film outside of Israel, and one of the largest distributors of new films with Jewish content. The recipient of many honors, including awards from the Boston Society of Film Critics, the National Foundation for Jewish Culture and Anthology Film Archives, Sharon has served on many grant panels and festival juries, curated film retrospectives around the world and directed 22 film festivals in Boston. She has directed the restoration and preservation of hundreds of films. She is on the faculty of Brandeis University, where she teaches the history of Jews in cinema, a field she helped pioneer.

Lisa Rivo is co-director of NCJF and oversees the center’s curatorial, distribution and exhibition activities. She has co-directed 14 annual Boston-area film festivals and has curated programs worldwide. Lisa consults regularly with filmmakers, curators and scholars, and has served on film festival juries and grant panels. She studied art history at Vassar College and focused on American visual culture and film at Emory University’s Graduate Institute of the Liberal Arts Ph.D. program. She worked at the Museum of Fine Arts and the Institute of Contemporary Art. Prior to joining NCJF in 2006, she was a research fellow at the W.E.B. Du Bois Institute at Harvard University and was associate editor of the African American National Biography, an encyclopedia edited by Henry Louis Gates Jr.