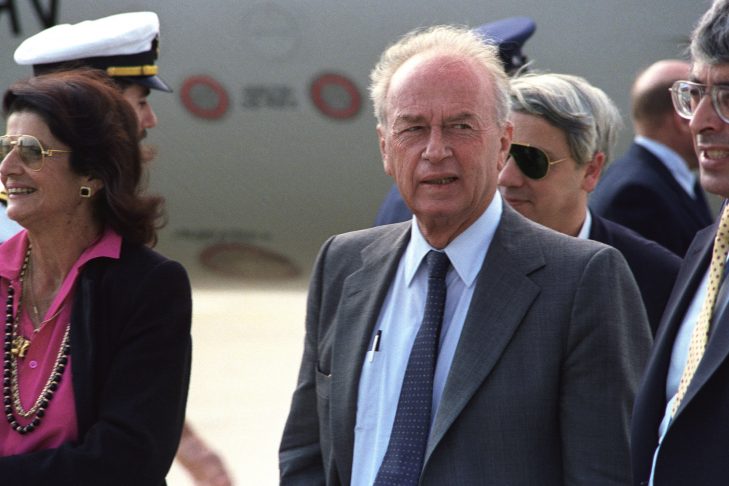 Join the Consulate General of Israel to New England for the commemoration of late Prime Minister Yitzhak Rabin z”l on the 26th anniversary of his assassination. We will portrait Rabin’s historical roles as a peacemaker and a diplomat, and discuss his legacy of peace, shared society and tolerance, as well as his diplomatic mission. How have these laid the foundations for the recent Abraham Accords and contributed to the transformation of the Middle East?

About the special guest speaker:

Dalia Rabin-Pelossof is a former Israeli politician and daughter of the late Israeli Prime Minister Yitzhak Rabin. Rabin-Pelossof (born March 19, 1950) was born in Israel. She holds an L.L.B. and is an attorney by profession.

In March 2001, Rabin-Pelossof and two other Centre Party members broke away to establish a new faction, New Way Party. The day after forming the party, she was appointed Deputy Minister of Defense in Ariel Sharon’s new government. However, later in the month, the other two New Way members resigned from the Knesset, leaving Rabin-Pelossof alone in the faction. On May 7, 2001, she joined the One Israel Party which later became Labor-Meimad. She resigned from her ministerial post on August 1, 2002. She lost her seat in the 2003 elections.

She is married and has two children.

About the keynote speaker:

Dr. Sara Yael Hirschhorn is the visiting assistant professor in Israel studies at the Crown Family Center for Jewish and Israel Studies at Northwestern University. Her expertise focuses on Diaspora-Israel relations, the Arab-Israeli conflict and the Israeli ultra-nationalist movement. Her first book, “City on a Hilltop: American Jews and the Israeli Settler Movement” (Harvard, 2017), hailed as a landmark contribution to the field, was the winner of the 2018 Sami Rohr Prize in Jewish Literature Choice Award, a finalist for the 2017 National Jewish Book Award and a nominee for the 2021 Grawemeyer Award in Religion. She is currently working on a new book manuscript tentatively entitled “New Day in Babylon and Jerusalem: Zionism, Jewish Power, and Identity Politics Since 1967” on American Zionism since the Six-Day War.

Dr. Hirschhorn teaches courses and mentors both undergraduate and graduate students in Israel studies and related fields. Prior to her appointment at Northwestern, she was the University Research Lecturer and Sidney Brichto Fellow in Israel Studies at the University of Oxford (2013-2018) and a postdoctoral fellow in Israel studies at Brandeis University (2012-2013). She is a graduate of Yale University (B.A.) and the University of Chicago (M.A., Ph.D.) and the recipient of numerous grants and fellowships. Apart from her academic work, Dr. Hirschhorn is also a prominent voice bringing scholarship into the public square as a frequent public speaker, writer, media commentator and foreign policy consultant on Israel/Jewish affairs.