This year’s Chai in the Hub honorees are driven, intelligent and devoted to the Boston Jewish community, as evidenced by their wonderful work.

In Part 2, meet six of these inspiring young adults, who were nominated by their peers, friends and colleagues. 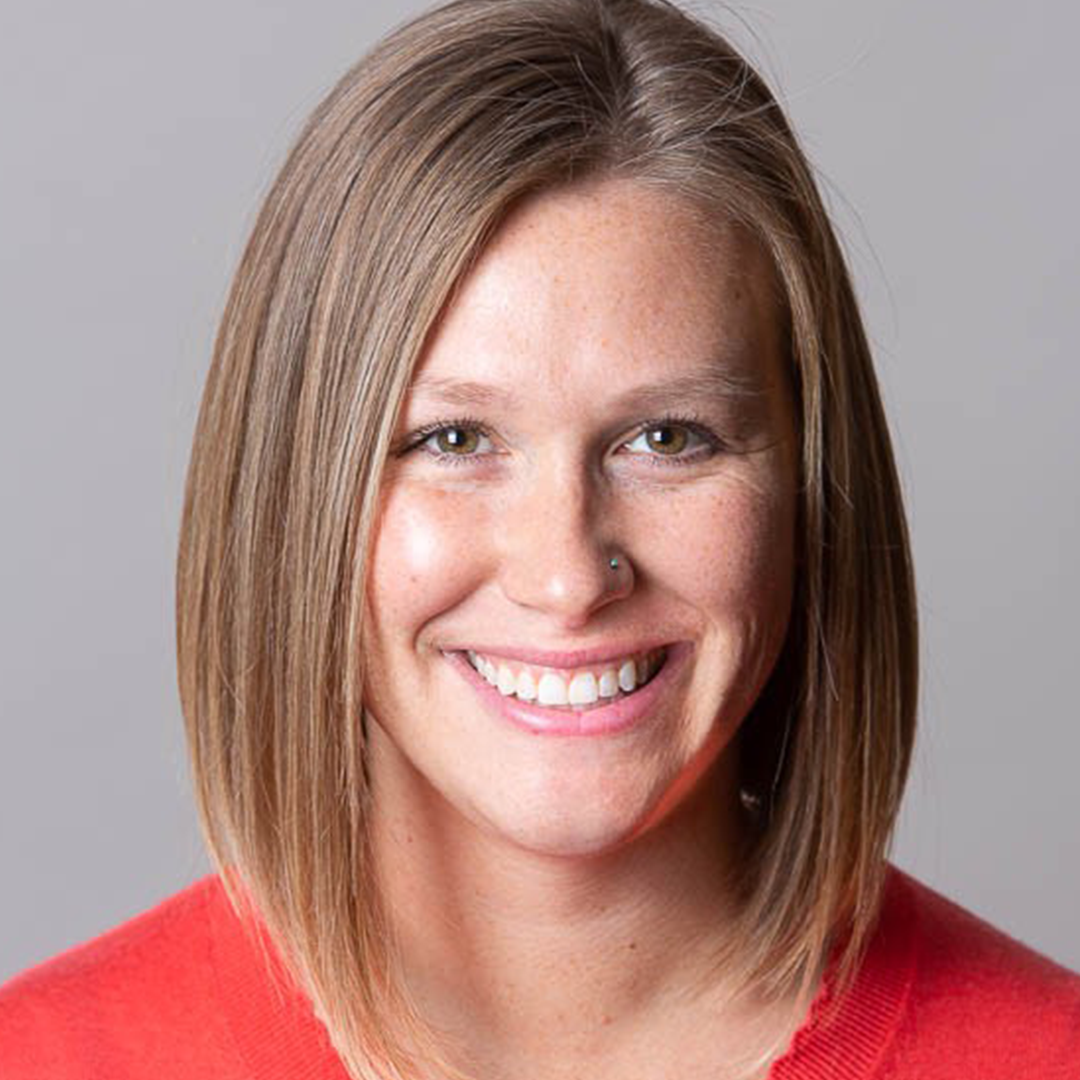 Rhode Island native Samantha Walsh began working for BBYO New England after graduating with a degree in social work from Salem State University. She has worked as the regional director for over five years and oversees eastern Massachusetts and Rhode Island, in addition to serving as a role model and sounding board for the teens who plan programs for their peers.

BBYO allows Jewish teens to drive the programs they want to see in their communities and acts as a peer-driven organization. “What makes BBYO special is that it’s teen-driven,” Walsh said. “The programs allow Jewish teens to take a larger role in what BBYO decides to do.” The 35-year-old also mentioned that BBYO’s goals include engaging more Russian-speaking Jewish teens within their programs, since five of the 11 board members come from Russian-speaking families.

When asked about her favorite part of her job, Walsh said: “I like that it’s never the same. I’m always doing something different: budgeting, working with the teens or event planning.” Walsh is also involved with Jewish Family & Children’s Service, an organization devoted to helping families create strong foundations throughout all of life’s stages, as well as the National Association of Social Workers. 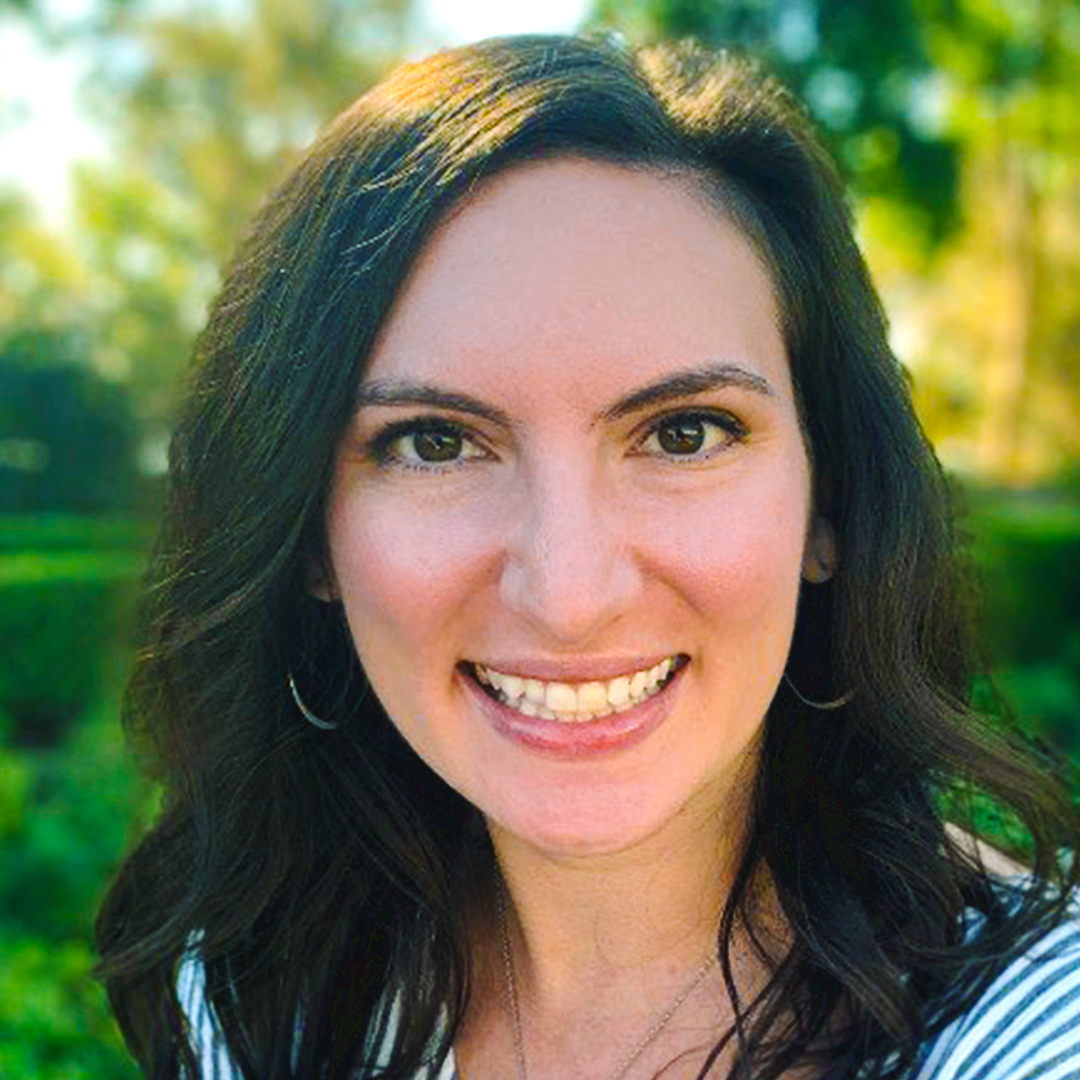 Pamela Friedman, 29, grew up in White Plains, New York, where she attended Hebrew school and studied for her bat mitzvah with her zayde (grandfather). She attended Northeastern University and after graduating, she became involved with LEADS at her cousin’s prompting. She was a LEADS program co-chair for two years, then the outreach and engagement committee co-chair for two years and is currently serving her first year as co-chair with Chai Society.

Her Jewish life is evident in her repeated trips to Israel, as she staffed multiple Birthright trips both through Northeastern and CJP. “My favorite thing about working with CJP is connecting people,” Friedman said. “I love getting people excited about their Judaism experience.”

Currently, she works as a client relationship manager with Liberty Mutual Insurance. However, she also makes time to meet with students and young adults who have newly moved to Boston. “It’s really challenging to move to a new place and figure out where you belong,” she said. “I want to act as a conduit, introduce people, host Shabbat.” These acts of individual kindness and acceptance indicate that community does not need to come exclusively in the form of programming, but can be offered on a personal level by people already settled within the Greater Boston Jewish community. 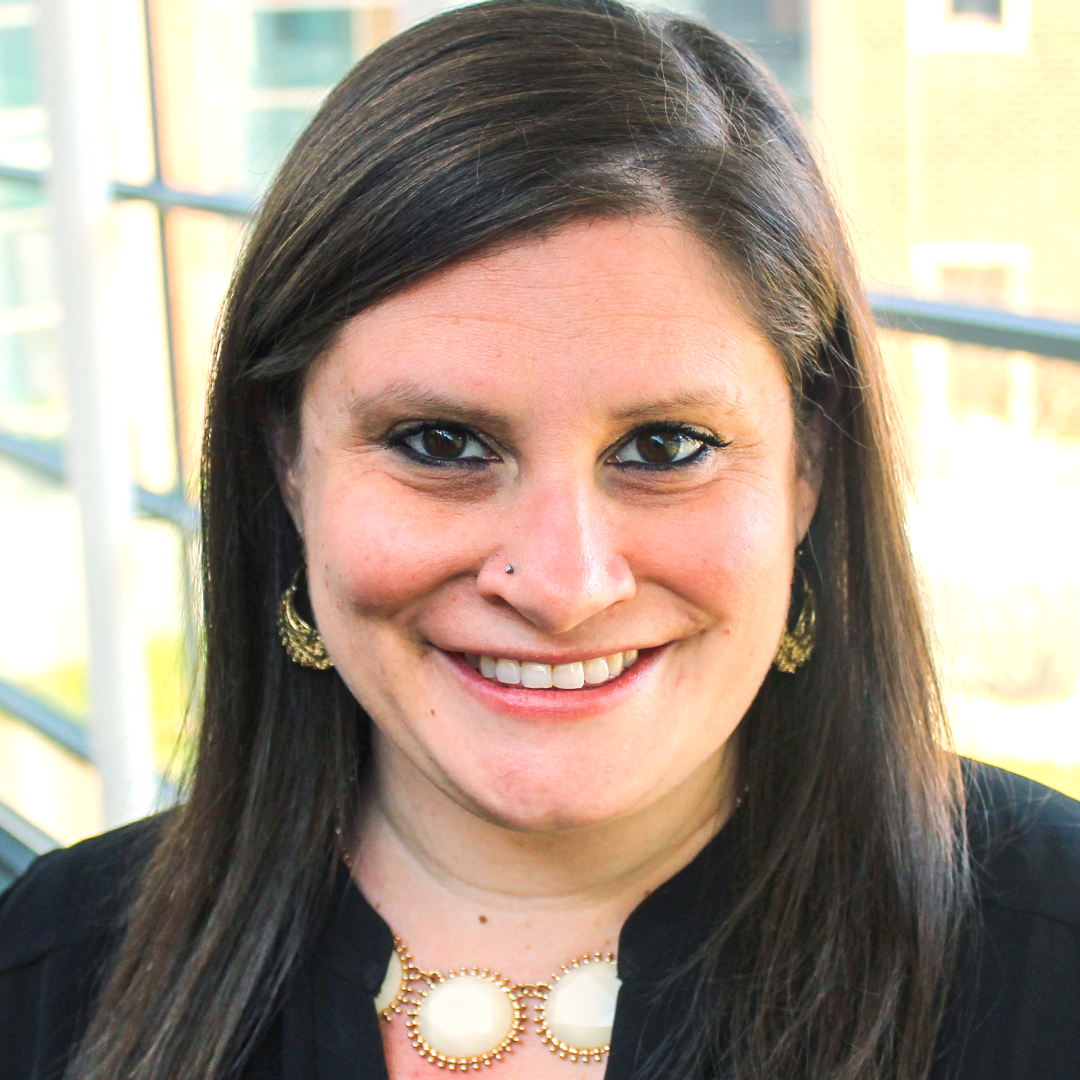 Leah Goldstein was raised Reform in Austin, Texas, where her family was active in dozens of various Jewish organizations. She attended Jewish summer camp for 13 years and was involved with NFTY before attending the University of Denver. From there, she spent a year at Tel Aviv University before attending Northeastern for grad school. She really glows, however, when she talks about her work with the Jewish Teen Foundation of Greater Boston at Hebrew College (JTFGB).

“I truly love my job,” she said. “I love building the curriculum and I love teaching teens about advocacy and leadership. Work is always the No. 1 thing I talk about.” The organization, which just turned five, educates and empowers Jewish teens to develop a lifelong commitment to philanthropy and community engagement.

Goldstein, 33, started working with JTFGB in its second year and became the director in its third; her enthusiasm for her work and the teens she teaches has only grown. “My favorite part of my job is building relationships with the teens,” she said. “The program has grown so much. In the first year, we had 31 teens; now we have 74.” JTFGB has also recently partnered with Gateways: Access to Jewish Education and is piloting a board to change the curriculum and create a more inclusive environment. 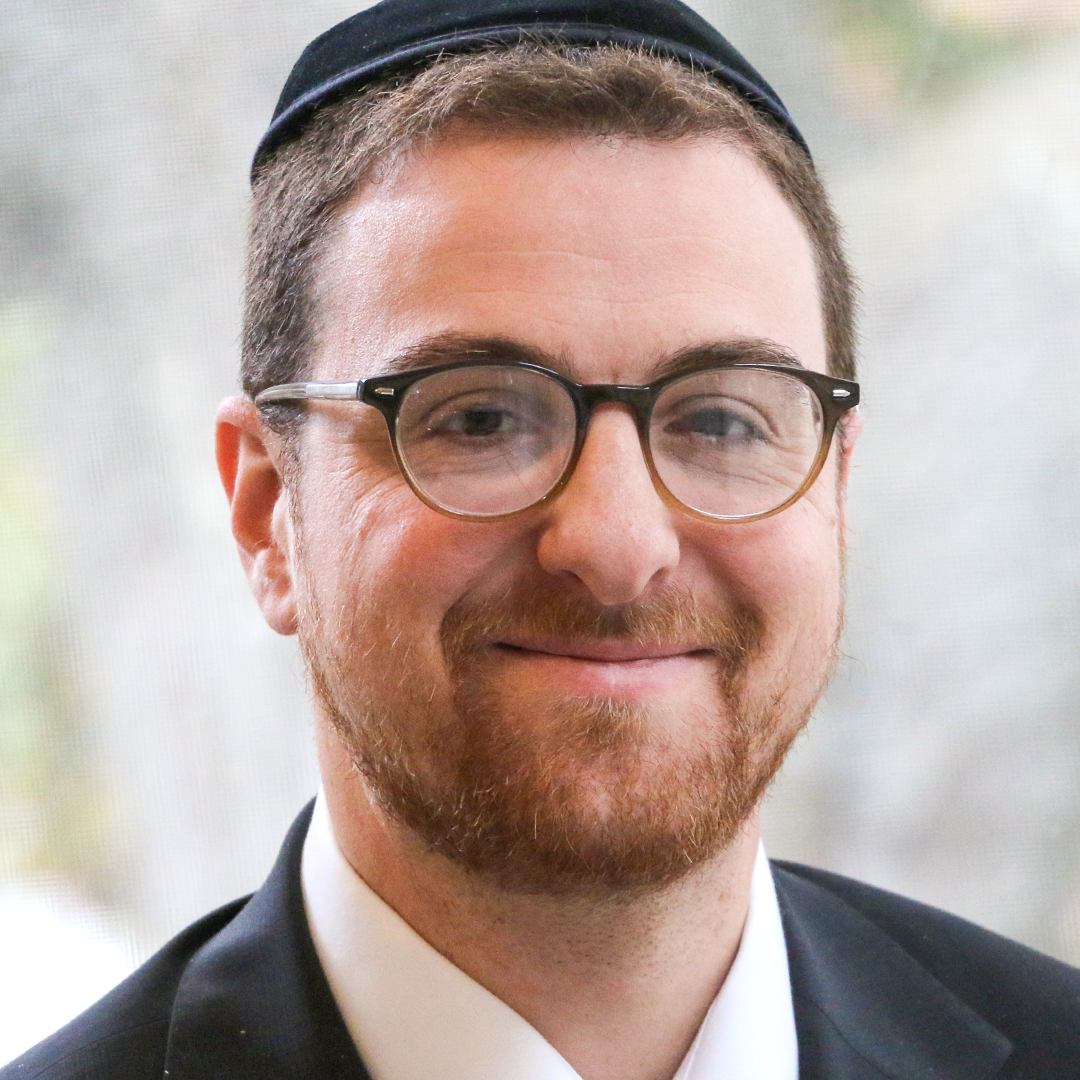 Rabbi Uriel Feldman’s dedication to education and Jewish learning has extended throughout his entire life. A Philadelphia native, he learned in the Philadelphia Yeshiva, R’Dovid Soloveitchik’s yeshiva in Jerusalem, Beth Medrash Govoha of Lakewood and in the Kollel of Greater Boston. He graduated from YU Azrieli Graduate School with a master’s in Jewish education and administration before becoming the menahel (principal) of Yeshiva Ohr Yisrael, an all-boys school focused on educating young Jewish men on both Judaic and general studies.

The school was established in 2014 and graduated its first class in 2018, with a current enrollment of 38 students. Feldman, 39, noted an increase in the number of people eager to study. “More people are excited to study Torah,” he said. “They are more excited for the opportunity to learn.”

Feldman has worked in education for over 10 years. “Torah study has always been a source of pleasure and purpose for me,” he said. “The work has been very engaging and rewarding.” With regard to his favorite part of his job, Feldman said he enjoys community engagement, as well as inviting questions in discussion with his students. 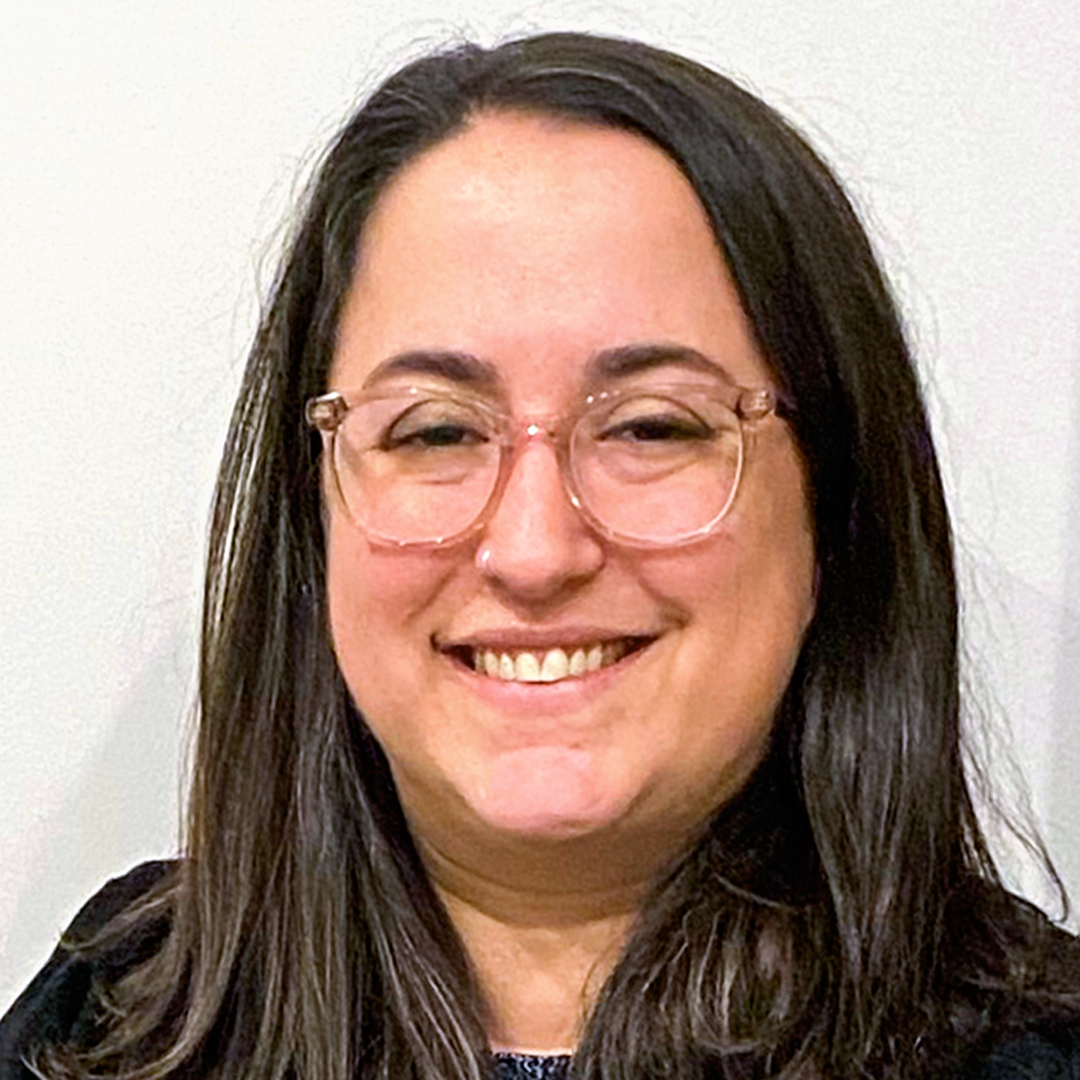 Rabbi Jen Gubitz grew up in Fort Wayne, Indiana, attending fine and performing arts schools and spending her summers at the Reform Movement’s Goldman Union Camp Institute in Zionsville, Indiana, where she picked up a guitar for the first time. She graduated from Indiana University’s Borns Jewish Studies Program, during which she spent a semester in a Jewish studies program in Prague. After college, Jen moved to Washington, D.C., and worked as a legislative assistant at the Religious Action Center of Reform Judaism and at Hillel International.

All of these experiences inspired her to become a rabbi; she was ordained from Hebrew Union College-Jewish Institute of Religion in 2012. She wrote her rabbinical thesis on death education for children, a pursuit of study that has permeated her career. As a rabbi at Temple Shir Tikva in Wayland, Gubitz oversaw education of families, kids and teens and also developed her love of Mussar, the Jewish spiritual discipline of self-refinement.

Gubitz joined the clergy team at Temple Israel of Boston in 2016, where she runs The Riverway Project, which connects people in their 20s and 30s to Judaism and each other through Temple Israel. The Riverway Project reaches more than 1,500 people each year; Temple Israel supports Gubitz in investing her time in this demographic by building relationships, running a plethora of ways to gather, including Riverway Shabbat, Riverway Cafe, Shabbat Squad and Seder Squad and more. Her work at Temple Israel also includes running Open Door, a program through the Center for Adult Jewish Learning for people exploring, rediscovering or converting to Judaism; supporting the Village for Families with Young Children programming beyond the synagogue walls; developing small groups to build intimacy within a large synagogue; and lots more.

Of her work, Gubitz said: “I love helping people navigate the transformative role Judaism can play in their lives. Most people are stressed and lonely; I love reminding them that Judaism, and Shabbat, is an amazing intervention and framework for your life.” Jackie Schon graduated with a BFA from Washington University in St. Louis, and in 2010, she and her mother, Jill Kerner Schon, opened the first paint-and-sip establishment in the Northeast. The Paint Bar, which has become a hub for people young and old to test out their painting skills in a fun and low-stress environment, is a family business that emphasizes creativity and encourages non-artists to break out of their shells and try something new. Schon has been an artist her whole life, with her mother working as a graphic designer, and the two sought out to empower creativity within their business. Schon’s paternal grandmother, Nancy Schon, sculpted the beloved “Make Way for Ducklings” statues in the Boston Public Garden.

In 2013, The Paint Bar was featured on “Today” and has continued to grow as an institution in Boston. When asked what inspires her to create positive change in the Greater Boston Jewish community, Schon said: “It’s a privilege to help non-artists overcome their fear of art. By empowering people to have more confidence in their creativity, The Paint Bar is helping them become more innovative thinkers.” In the future, she would like to see the Jewish community tackle acceptance of all people.