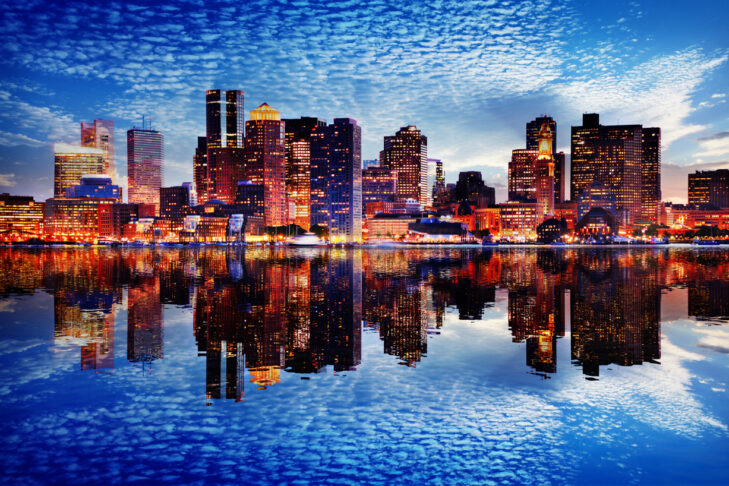 This year’s Chai in the Hub honorees are driven, intelligent and devoted to the Boston Jewish community, as evidenced by their wonderful work.

In Part 1, meet six of these inspiring young adults, who were nominated by their peers, friends and colleagues. 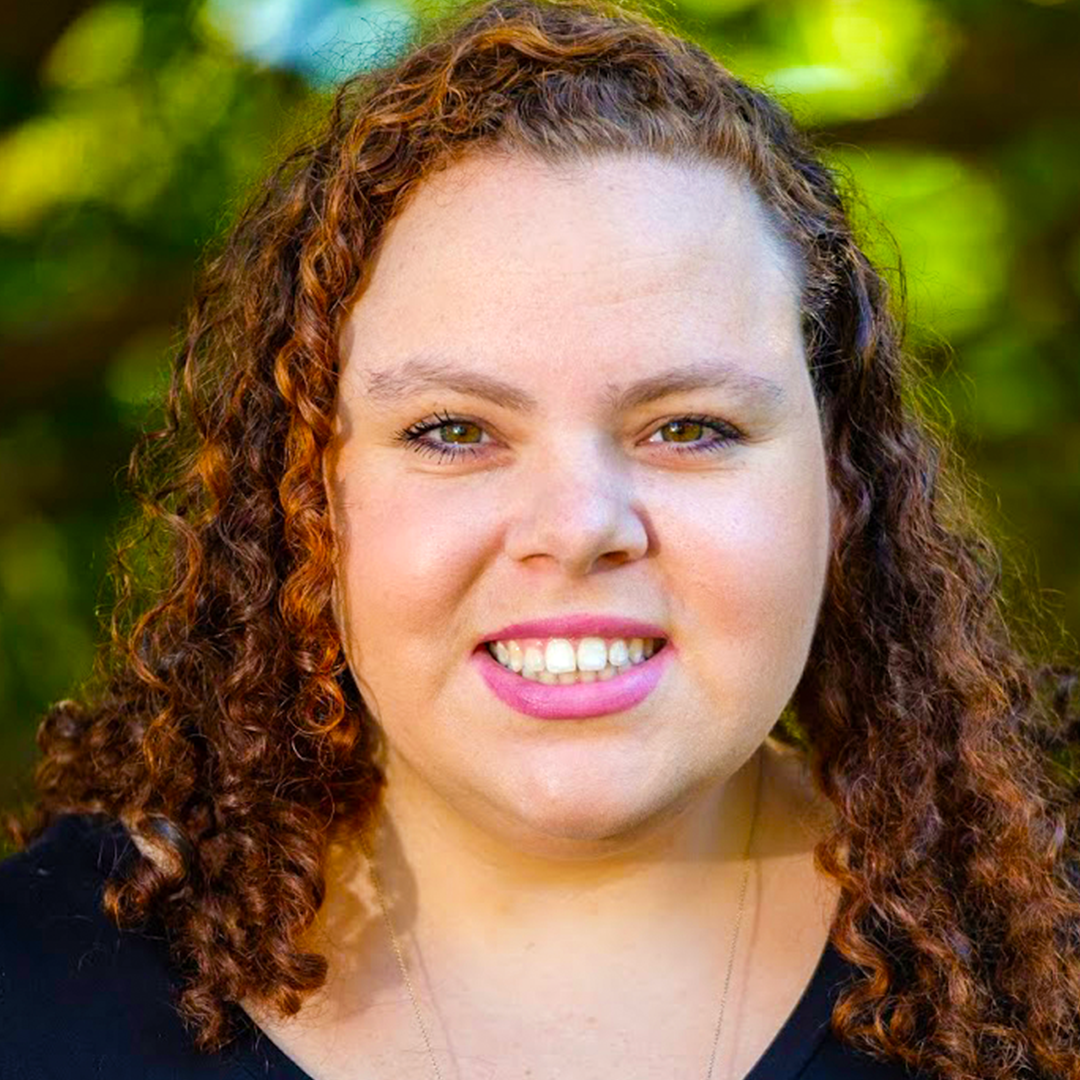 Growing up in Westchester, New York, Caroline Dorn was immersed in Jewish culture, whether it was at home or at Camp Tel Noar, like many of her fellow honorees. The soon-to-be 27-year-old moved to Massachusetts after college and has worked at Temple Shalom of Newton since graduating, currently serving as the membership and engagement coordinator. Her favorite part of working at Temple Shalom is the people. “I’ve made some great friendships with congregants and staff that are really special to me,” she said. “Also, it’s a really fun work environment. I get to be creative every day, and we all genuinely enjoy each other.”

Dorn also spoke about the importance of creating space within synagogues for people during both the good and bad times they may face. “Relational work is the heart of synagogue work,” she said. “People expect the congregation to be there for them.”

Aside from her day job, Dorn is involved with Riverway Project based out of Temple Israel of Boston. Riverway provides programs for Jewish people in their 20s and 30s to connect with each other and with their religion. “Boston is the best city to be a young adult Jew,” Dorn said. 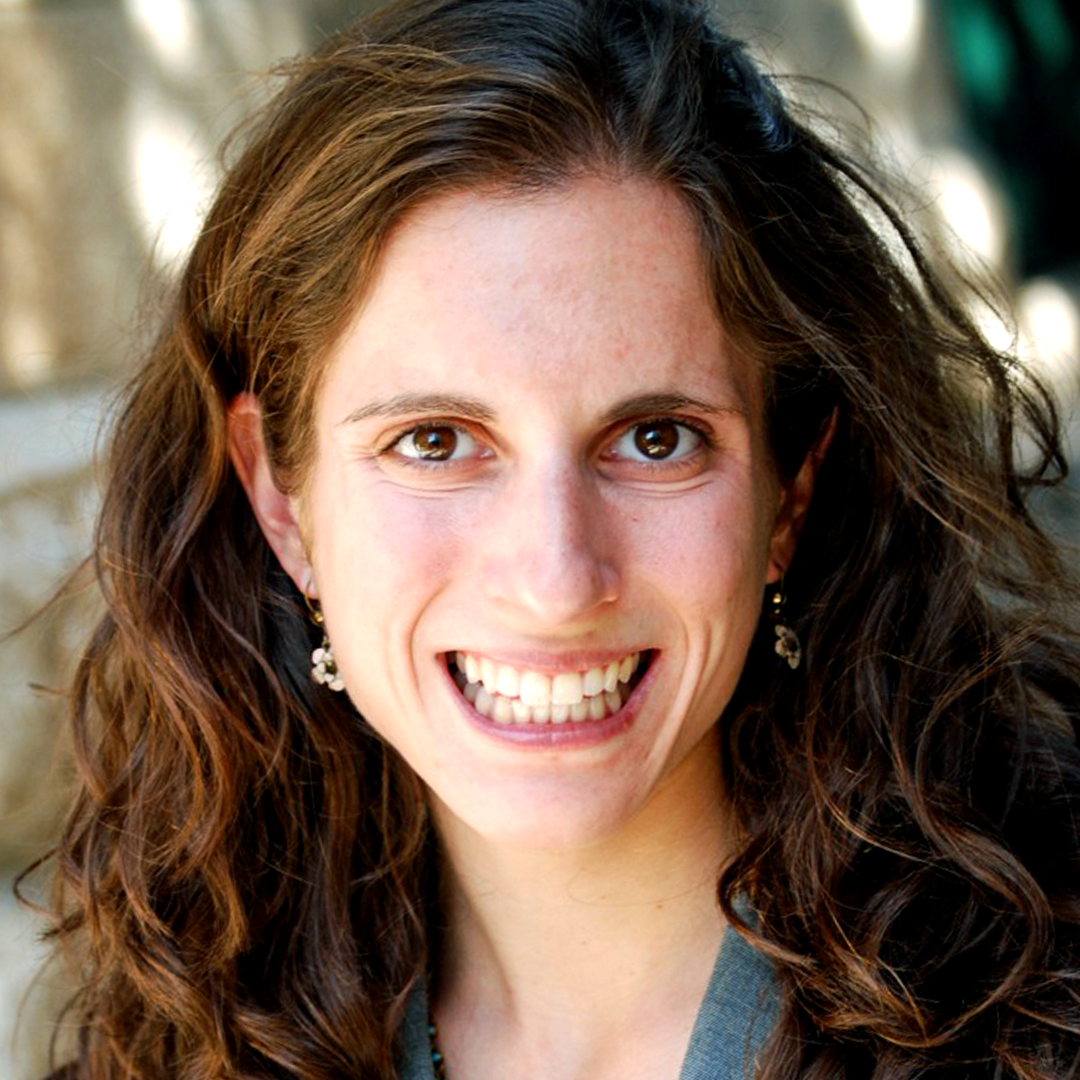 Cleveland native Jessica Solomon Sanders fondly remembers the time she spent volunteering at Jewish nursing homes as a child. She was involved in BBYO and NFTY and was the song leader for ETGAR before receiving her degree at Vanderbilt’s Peabody College. She then began her work with children and adults with developmental disabilities. Now, the 31-year-old is completing her residency while specializing in neurodevelopmental disabilities.

On top of her residency, Sanders created a clinic for adults with neurodevelopmental disorders to provide more specialized care for those who need it. Her work also expands to Waypoint Adventure, where she is on the board of directors. “Things are more interesting around different types of people,” she said. 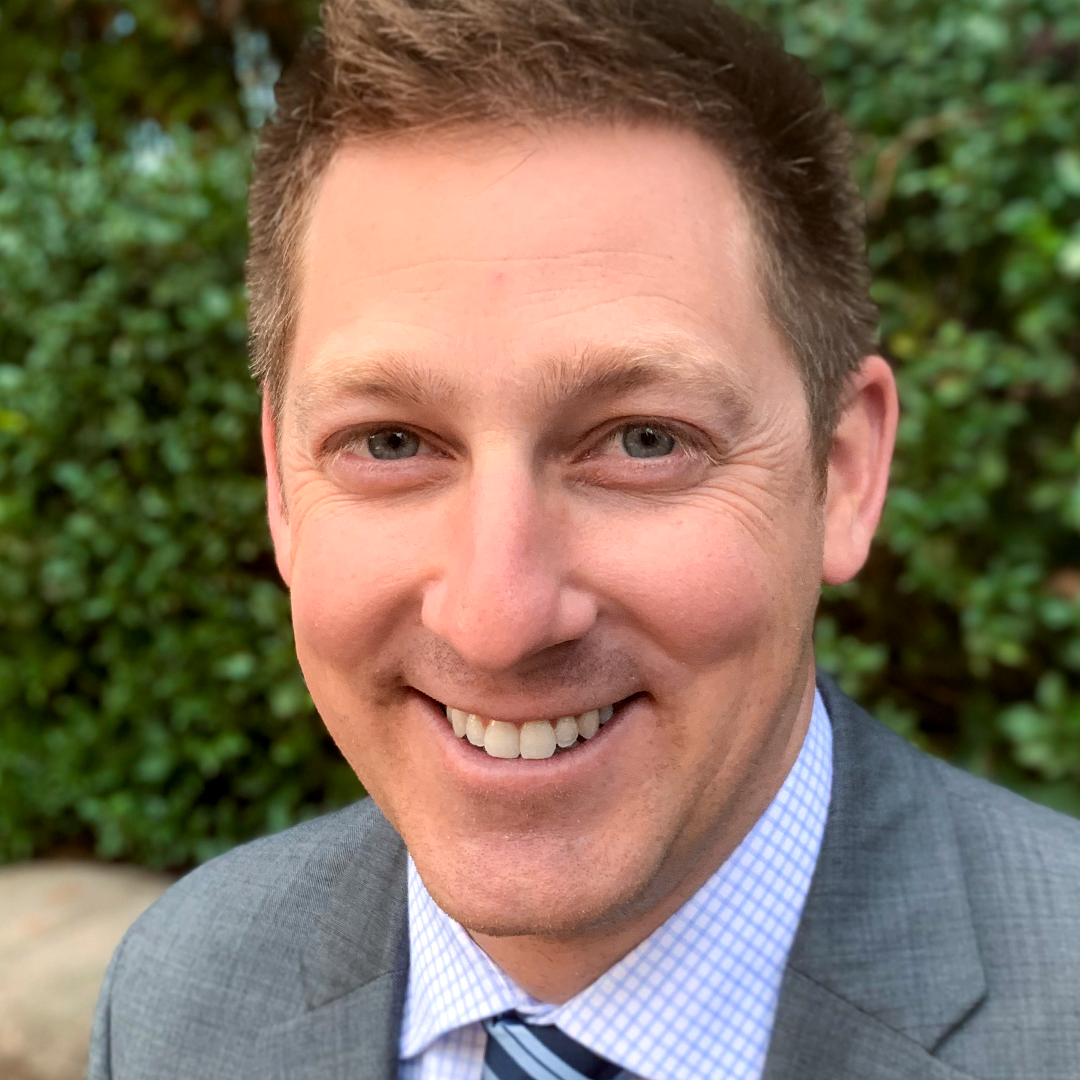 North Shore native Efraim Yudewitz has been a camp guy his whole life. He spent his summers at Camp Yavneh, he met his wife at camp and he’s now the director at Camp Tel Noar. The 36-year-old is incredibly passionate about the benefits of Jewish summer camp, citing lifelong friendships and deep connections to Judaism as reasons to keep coming back. “It’s the most serious work in the world, but also the most silly and goofy,” he said.

Over time, the one-size-fits-all format of summer camp has changed, and with it, the experience of camp as a whole. Yudewitz focuses on creating the best possible camp experience through investment in camp staff, meetings with stakeholders and a continued pursuit of engagement both within Camp Tel Noar and the community. “Camp is a necessity,” he said. “The world of camp is so different than it was, but the experience creates well-adjusted and connected people.”

As Jewish summer camp is so vital to so many Jews, this dedication to creating a welcoming space shows true investment in the community. But his favorite part of the job? Spending time with his wife and kids. “Camp is like a second home for my kids,” he said. “It really builds the connection to have them there.” 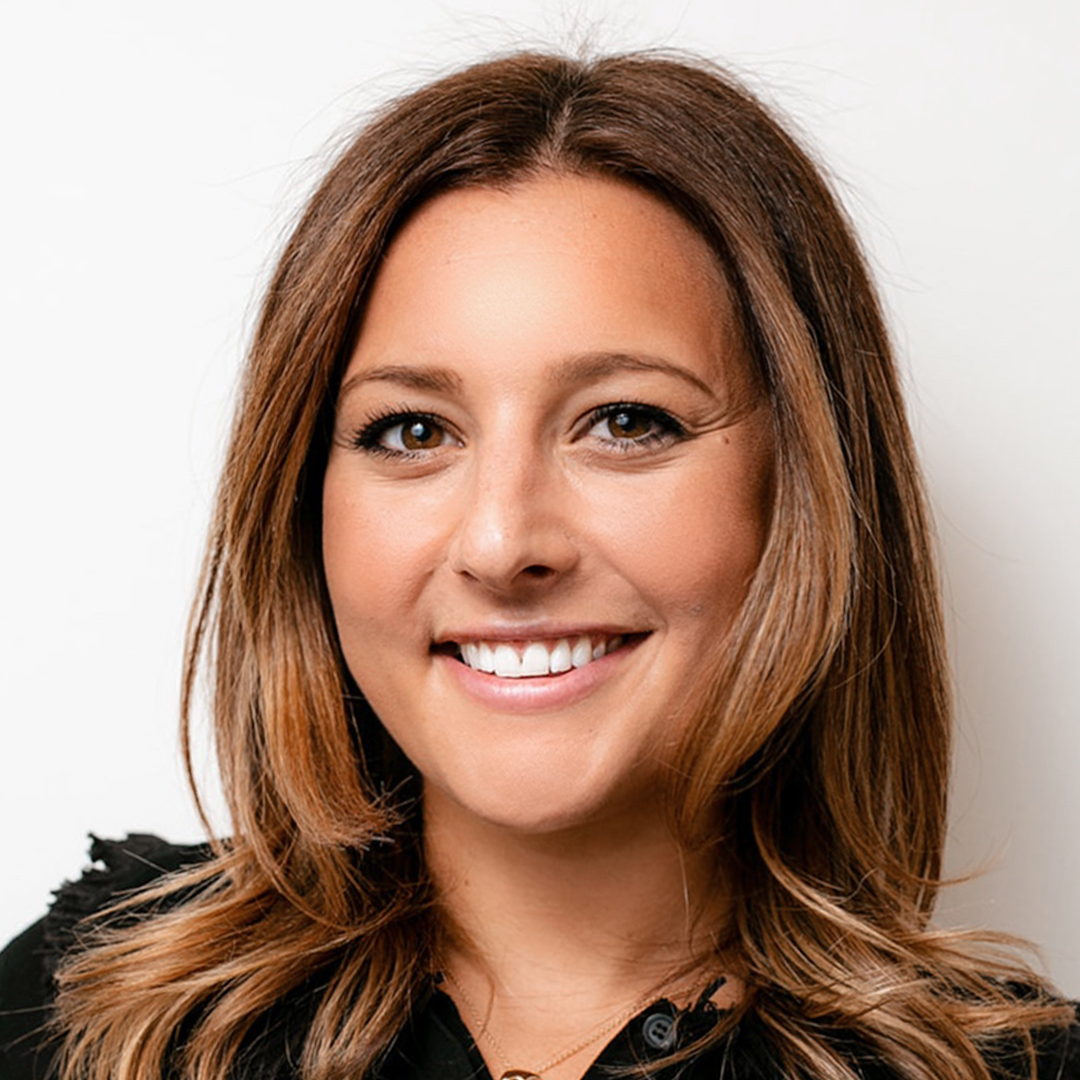 Danielle Goldman grew up in Swampscott in a family that welcomed immigrants into their home. She saw firsthand how hard immigrant families work and how they strive not to isolate themselves but to integrate into their communities. Goldman’s father, Jeff, is an immigration attorney; together, they built Open Avenues, a nonprofit organization dedicated to inspiring inclusive communities and empowering immigrants to drive upward mobility for all people.

Goldman, 27, stated that, “The global flow of people is essential to the success of any country,” and this philosophy shines through in her work. Open Avenues partners with U.S. colleges and universities to facilitate immigrant-led STEM and business programs, as well as build community. “We must change the pervasive narrative that there is an ‘us and them,’” Goldman said. She went on to explain that Open Avenues programs create opportunities for immigrants to leverage their expertise and lead projects that open new career pathways for U.S. university students. Open Avenues also emphasizes the strategy to support and lift up immigrants without speaking over them. “Immigrants are bringing unbelievable amounts of talent and knowledge,” she said.

As for her favorite part of the job, Goldman said she loves the pace of her work. “We sit in a meeting room, we think as creatively as possible and then we go execute the plan the next day,” she said. “We are paving new pathways to improve the life trajectories of people in our community.” 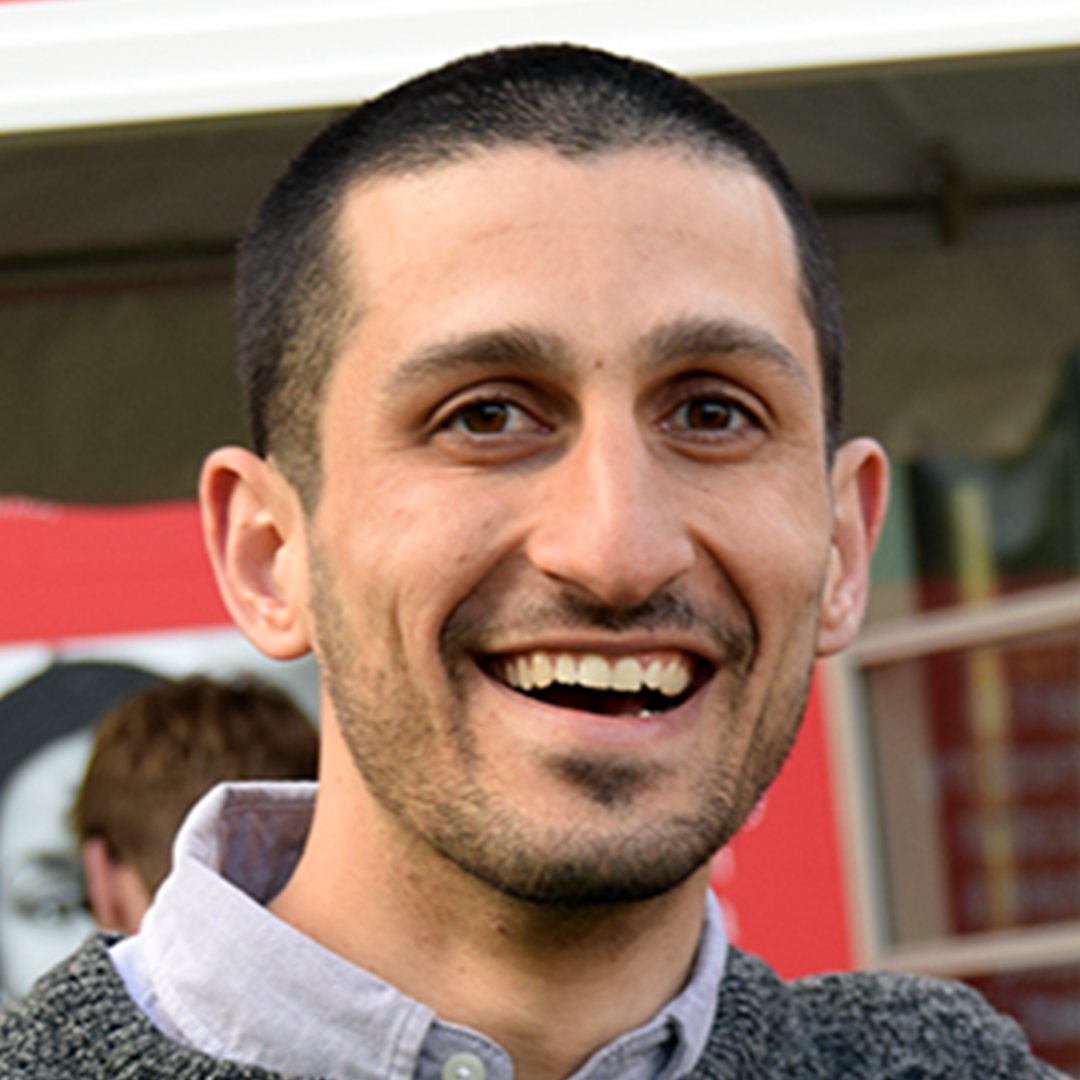 At 25, Nadav David is one of this year’s youngest honorees. Born in Jerusalem and raised in Northern California, he grew up surrounded by Jewish educators. Though he spent most of his time within the Ashkenazi community as a multiethnic Jew, he has spent the last several years embracing his Mizrahi roots. This cultural connection extends to his work with Kavod, an organization focused on integrating Jewish practice and community organizing.

“Kavod is my political and spiritual home,” David said. He is currently a co-leader of the Jews of Color, Indigenous Jews, Sephardim and Mizrahim caucus, as well as the organization’s partnerships chair. He works full-time as a financial coach supporting families living in subsidized housing to reach their goals. He also organizes with Boston Ujima Project, which focuses on creating a people-centered economy within the city that redistributes wealth and decision-making power to communities of color. “I want people to think about [and work toward] the world they want to live in,” David said.

When asked about challenges he faces in protecting and lifting up marginalized Jews, he stated: “The world is really scary right now, and Jewish communities often make choices, especially around security, that come out of fear. We need to acknowledge that fear and realize what’s possible when we challenge the status quo.” Part of his work includes convincing people and institutions that risks are worth taking, and that the rewards for communities that are closely connected with non-Jewish partners are worth the potential challenges. 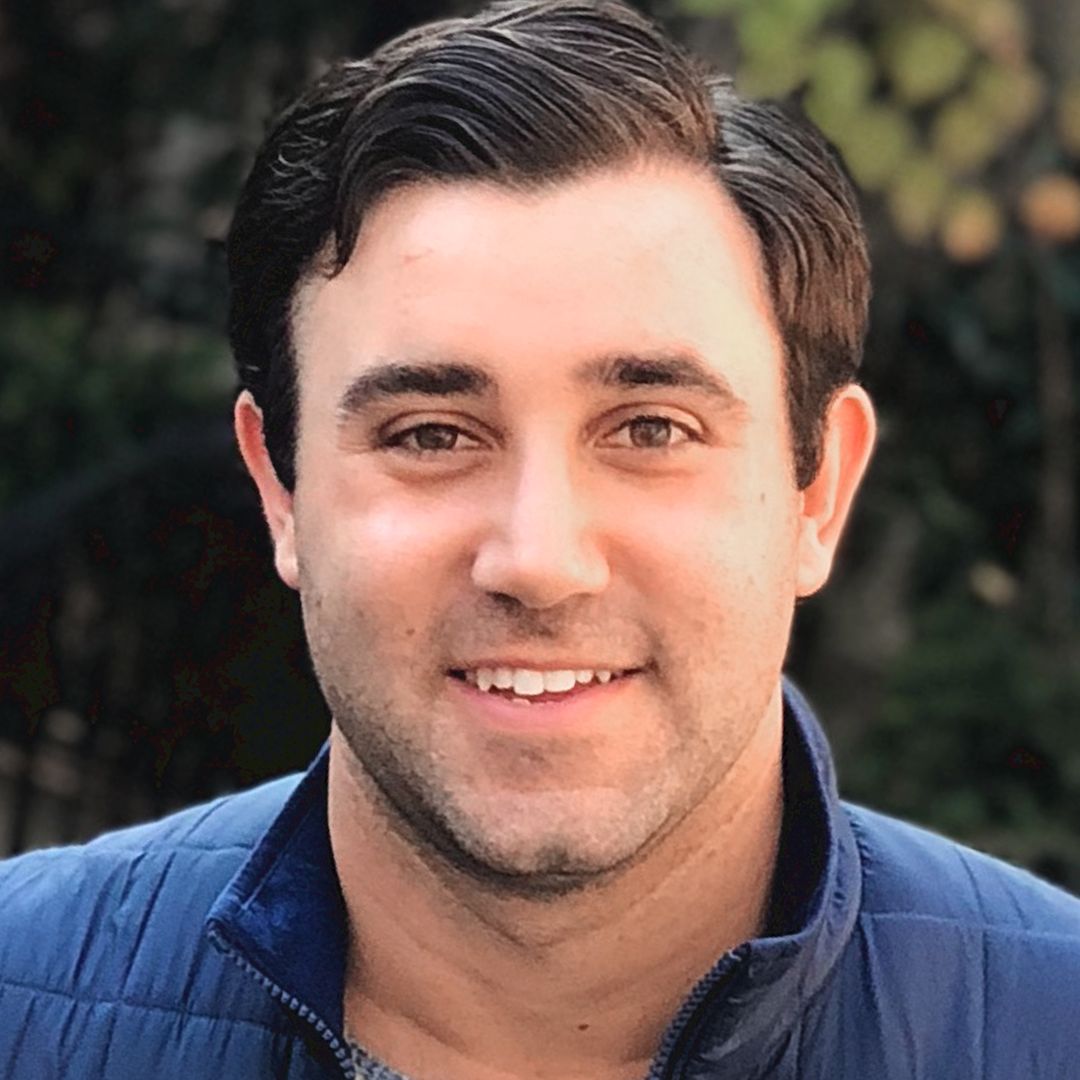 Members of Samuel Andler’s family were among the first members of Chabad of the North Shore, and his involvement within the Jewish community reflects that deep bond. Five years ago, the now 30-year-old joined the ranks at Andler Packaging Group, a fourth-generation family business. He is also involved with many CJP organizations, such as the Ben-Gurion Society, in which he is a co-chair, and the Next Generation Family Business Committee, in which young Jewish philanthropists and entrepreneurs can meet and share ideas.

“I simply learned from my parents at a young age the value of community and the need to do good,” he said. “It’s a privilege to be part of the Greater Boston Jewish community. It feels like our responsibility to help it be as supportive, inclusive and accessible as possible.” Andler also recently co-chaired CJP’s 2018 young adult mission to Spain and Israel. “To have something created by us in Israel is incredible,” he said.

In his free time, Andler volunteers as a ski instructor for people with physical and intellectual disabilities, which he has done since high school. “Any form of inclusion and work spent helping people is inherently Jewish,” he said.