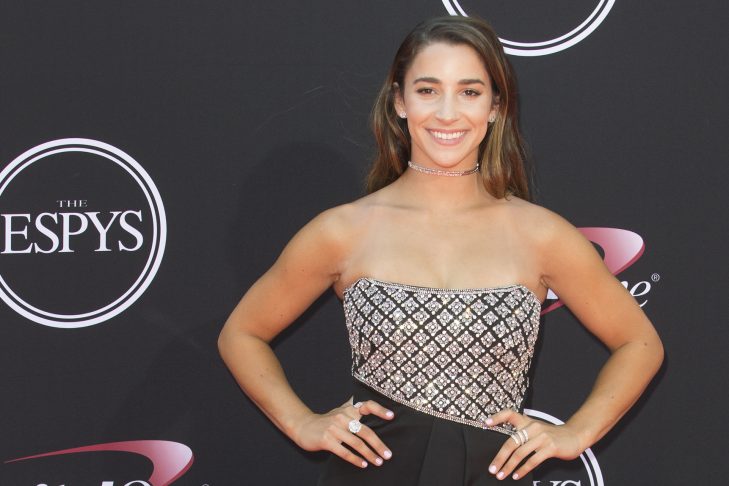 Remember last year, when we all thought 2017 was literally the WORST? Ha! We were all so young and innocent back then. Despite the darkness that enveloped our world in 2018 (only metaphorical so far—I’m assuming the sun won’t die until 2019), there were some beautiful sparks of Jewish awesomeness that lit my path as I gritted my teeth and slogged through the past 12 months. Here are five incredible Jews who inspired me in 2018. (The sixth is my therapist, but she doesn’t want to be famous.) 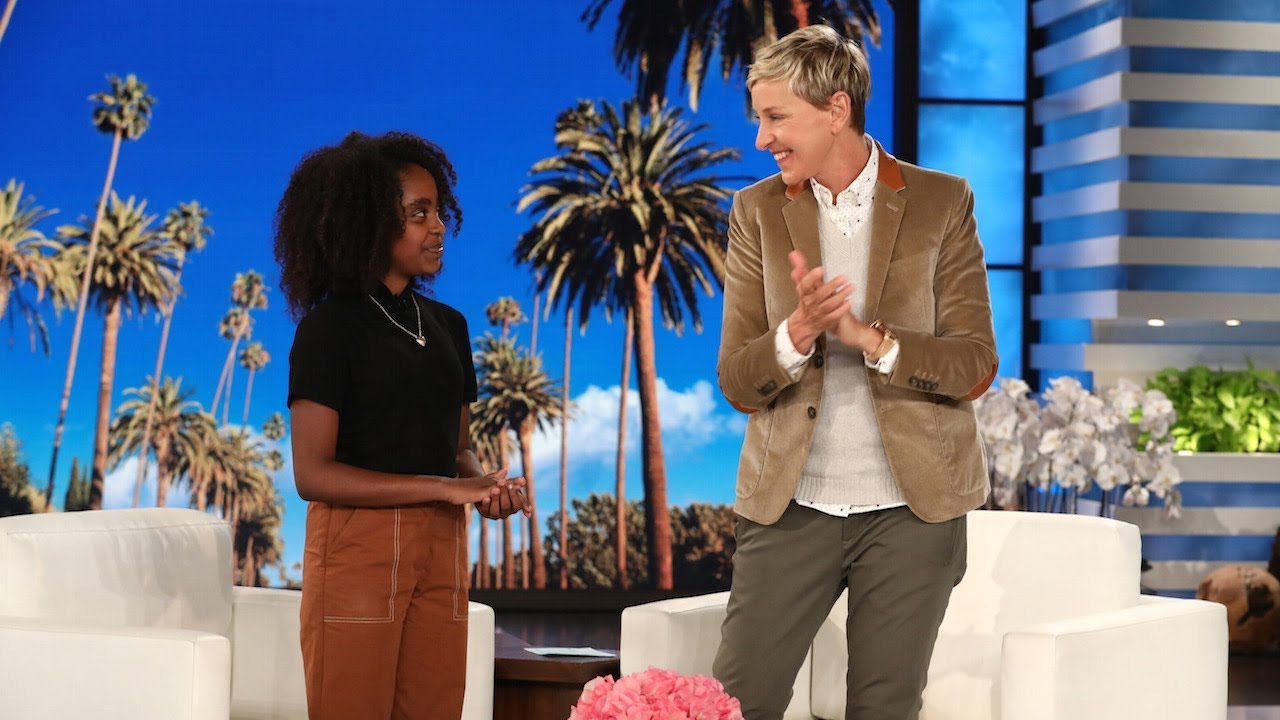 The March For Our Lives rally earlier this year featured many remarkable young leaders speaking out against gun violence, but one young girl really made an impression: Naomi Wadler, an Ethiopian Jewish fifth-grader from Alexandria. In Naomi’s own words, she was there on stage to “represent the African American women who are victims of gun violence, who are simply statistics instead of vibrant, beautiful girls full of potential.” Naomi eloquently highlighted the fact that in America, black women are disproportionately the victims of our gun violence epidemic. Her experiences as a black Jew have made her wise—and dedicated—beyond her years, as her career plans include becoming the first Ethiopian Jewish woman executive editor of The New York Times.

Naomi, I salute YOU as a vibrant, beautiful girl full of potential, and by the time you are out of middle school, you’ll probably be running the country. Thank God someone competent will finally be doing it. 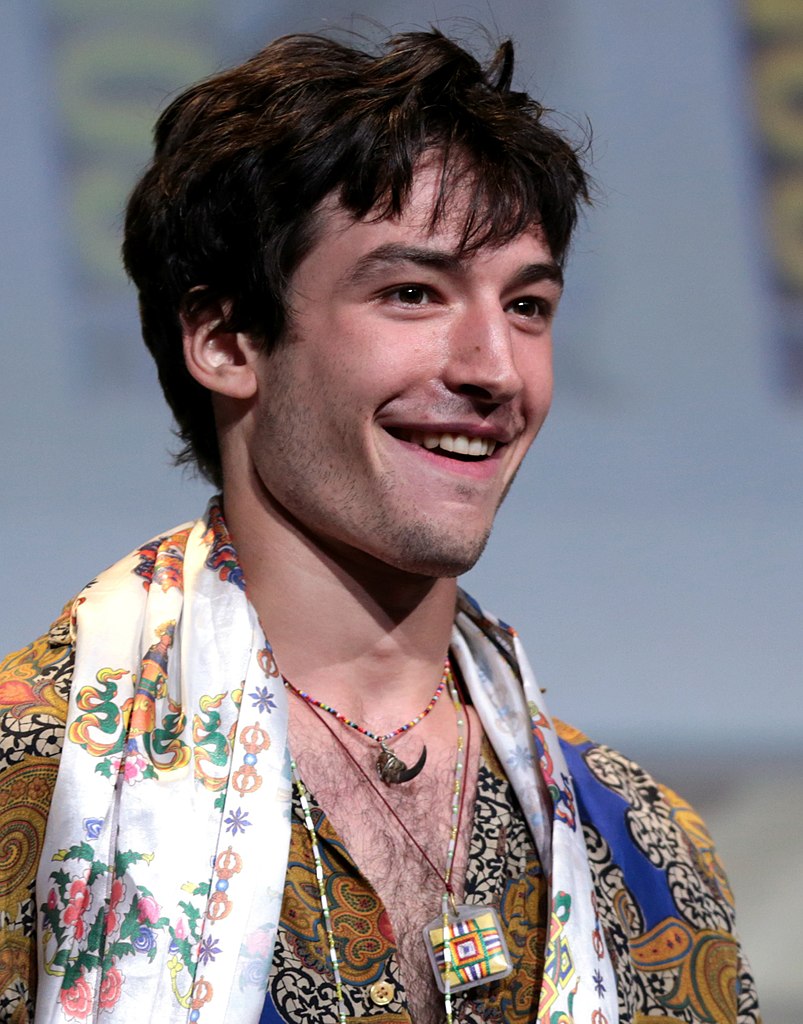 Ezra Miller at Comic-Con (Photo: Gage Skidmore/Wikimedia Commons)
If you had told me 365 days ago that I would be including on this list someone from the DC Extended Universe who was NOT named Gal Gadot, I would have laughed in your face. That just goes to show how things can change! (My New Year’s resolution is to only laugh in people’s faces from a position of absolute certainty.) Ezra Miller is an accomplished actor who starred in “Fantastic Beasts: The Crimes of Grindelwald” this year, and he is an absolute treasure of a human being. He speaks openly of his fluid gender identity, smokes weed, is great at compliments, helps goats give birth (!) and his promo tour for “Fantastic Beasts” has included several deep-cut references to Jewish culture and history.

Watch the video below of him naming Shimon Bar Kochba as one of his style heroes, and check out this photo of him wearing the Jewish abracadabra triangle amulet design on his hands (switched out for Harry Potter’s Avada Kadavra, of course!). I see you out here representing the Tribe, Ezra, and you’ve earned my respect! 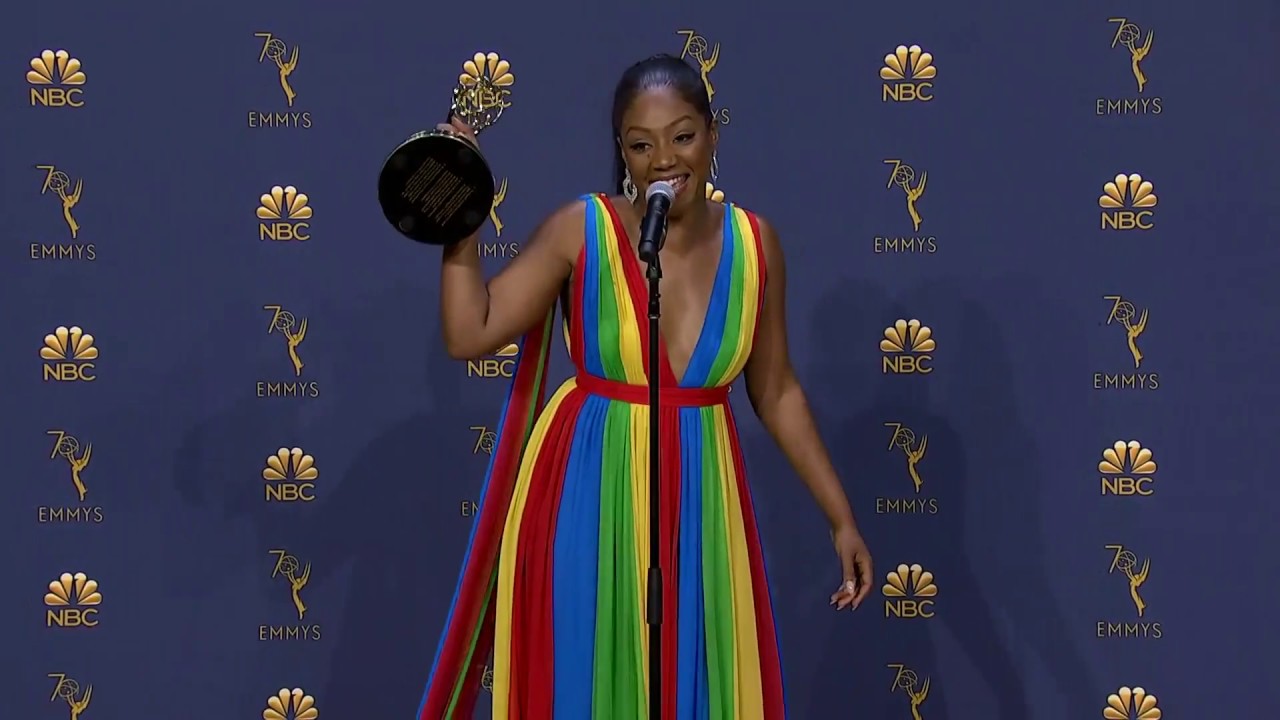 Tiffany Haddish at the Emmy Awards in September (Promotional still)

Tiffany Haddish is an incredible comedian, “The Last Black Unicorn” and my future best friend (I mean, she doesn’t know it, but it’s #bashert). At the Oscars this year, she wore an ornate Ethiopian/Eritrean zuria and did a traditional Eritrean dance down the red carpet. Why? To celebrate her heritage from her late father, an Eritrean Jew (her mom is a Jehovah’s Witness). Tiffany’s father came to the United States as a refugee and was deported when Tiffany was a child. As a teen, she decided to take jobs as a bar mitzvah entertainer because, “I thought maybe I would do a bar mitzvah and I’ll see my dad.” Awww, Tiff! After reconnecting with her father before his death, Tiffany even traveled to Eritrea in early 2018 to learn more about her heritage and meet long-lost relatives.

Tiffany’s sartorial pride in her heritage continues—for the Emmy Awards this September, she wore a custom Prabal Gurung dress inspired by the Eritrean flag, as she wanted a gown “that represents my father’s land.” Tiffany made the 2018 Time magazine list of 100 most influential people and signed a first-look deal with HBO. She ready…to take over the world and demonstrate pride in her ancestry! 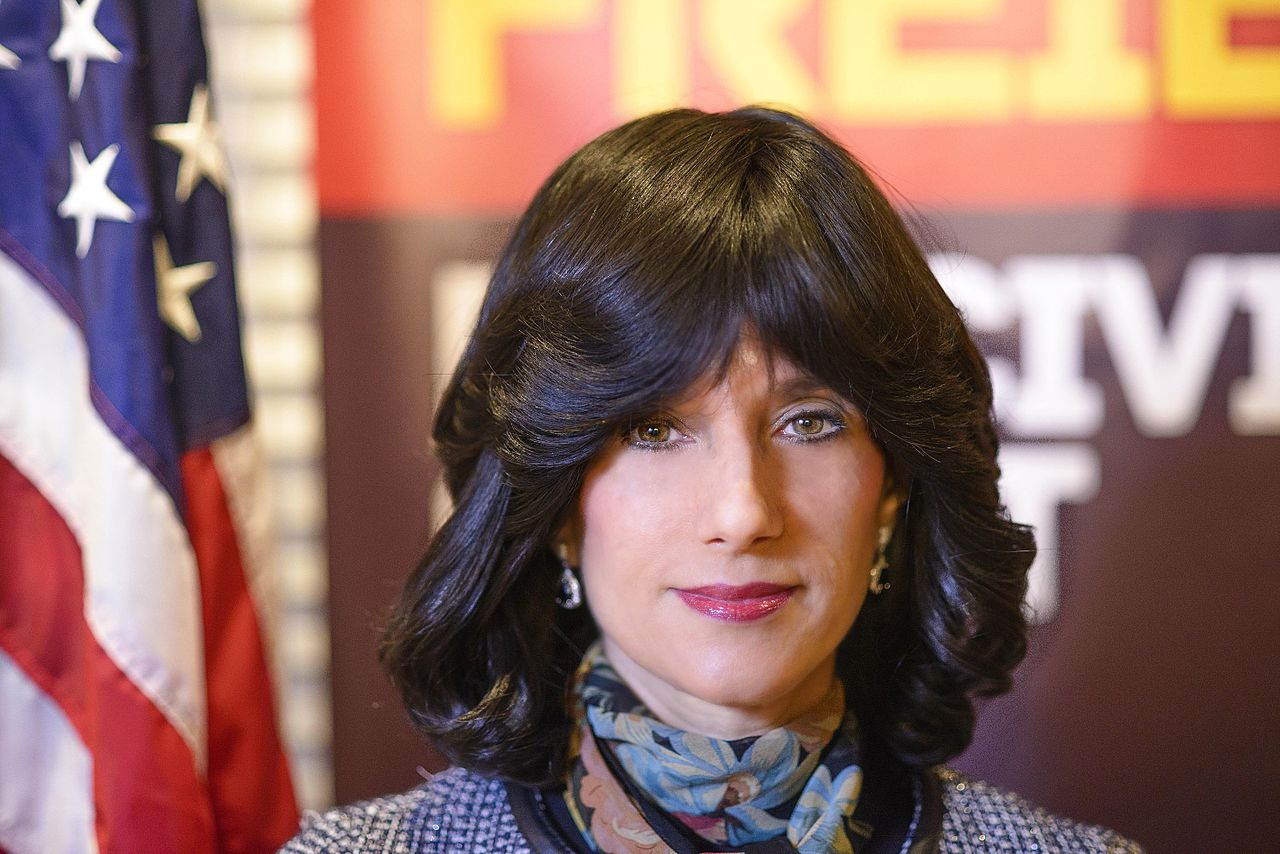 As someone who grew up around Hasidic women, I can personally attest that they Get. Shit. Done. Fans of Judge Rachel “Ruchie” Freier know what I’m talking about. “I want to show women and girls that you can remain observant of all the mitzvot, as your family and community observes them, and still be successful in the secular world,” Judge Freier told Hadassah Magazine earlier this year. To say she successfully embodied this idea of an observant Jewish woman positively thriving out here is an understatement. Her accomplishments are legion—attorney, New York City criminal court judge, first Hasidic woman to hold elected office in the United States, community activist, married at 19, mother of six children and grandmother to many more, davens Shacharit, Mincha and Ma’ariv daily. And, oh yeah, she’s the director of Ezras Nashim, an all-female Orthodox Jewish volunteer EMT ambulance service, the subject of the 2018 documentary “93Queen.”

Despite facing fierce opposition from haters, including both members of her community and online trolls, Judge Freier is brave and bold enough to blaze this trail. As she says in the film, “The best way to get me to do something is to tell me I can’t do it.” All this she does in heels and a perfectly coiffed sheitel. If in 2019 she enters the Iditarod Trail Sled Dog Race, I would not be shocked, and I would also place bets on her winning. Because there is nothing, NOTHING, that Ruchie can’t do. 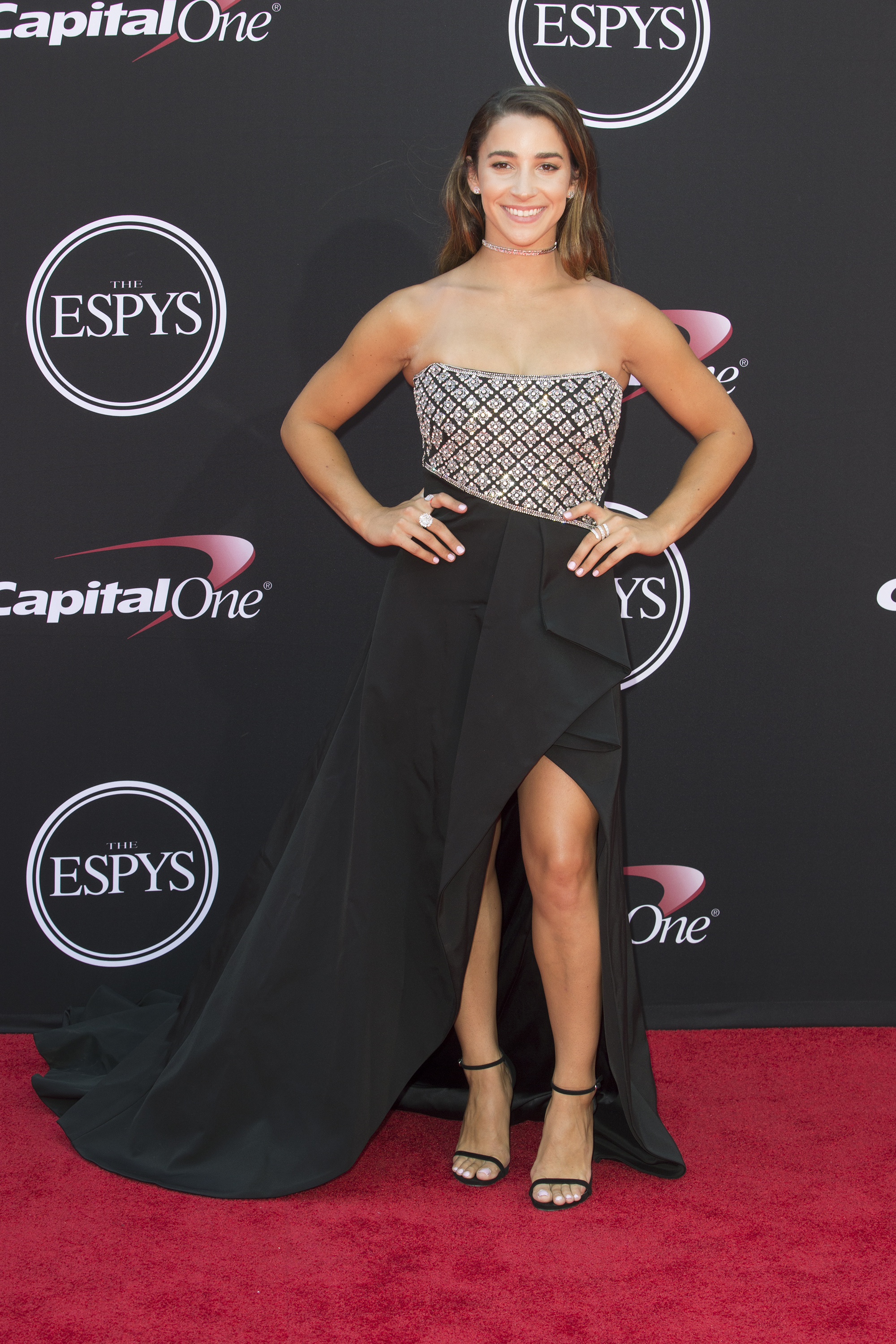 I’ve loved our hometown Olympic gold medal gymnast since the 2012 Games. That year, the anniversary of the Munich Olympic massacre, the International Olympic Committee refused to honor the slain Israeli athletes with a moment of silence. Aly proceeded to read the Olympic committee for filth (in a very classy way) by performing her incredible floor routine to “Hava Nagila.” And while it should be self-evident that anyone who can flip face-first off a balance beam in front of millions of people is brave by any measure, Aly has subsequently demonstrated a very different form of bravery.

In January of this year, she testified against the former Olympic team doctor who had sexually abused her and hundreds of other athletes, confronting him and staring him down in court as her words helped send him to prison for life. She also directed her blazing, righteous anger toward the United States Olympic Committee and the USA Gymnastics organization for turning a blind eye to what was happening to their young athletes. She began a new initiative called “Flip the Switch,” which offers training to help protect child athletes from sexual abuse. This July, Aly and the other USA Gymnastics survivors received the 2018 Arthur Ashe Courage Award. “We suffer alone but survive together!” she declared on stage. What an icon and a hero for the Jewish community, athletes, survivors and beyond. I’m kvelling.


(Credit: Tumblr)
Never miss the best stories and events! Get JewishBoston This Week.
Filed Under: