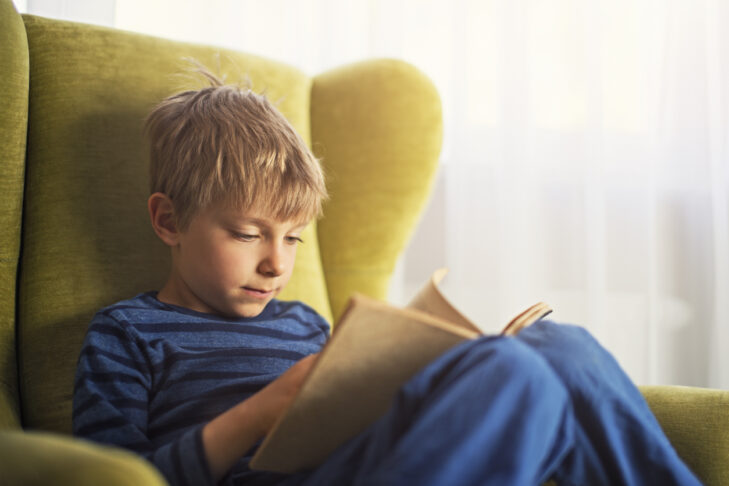 It’s Mental Illness Awareness Week. As someone who’s dealt with anxiety and panic since college, I’m acutely aware of passing along a predisposition toward worry—or more—to my kids. My sixth-grader is already showing some signs of hyper-vigilance, but nothing too extreme. My kindergartener? Well, it’s too soon to tell.

I’m just so grateful that they’re growing up now as opposed to in the early 1990s, like me, when nobody talked about this stuff at all. It wasn’t until college that I found help, and even then, anxiety medications were in their infancy, or so it seemed. I remember a college therapist explaining “Prozac” to me as if it were an exotic fruit, untested and contraband. A lot has changed in the past couple of decades. I remember feeling so alone as a kid, knowing something was a little bit off but not having a name for it. It’s not that way anymore, I don’t think, and I’m grateful.

A huge part of stopping the stigma around mental health for kids? Reading. It’s helpful to find books with protagonists who have mental health struggles themselves, both to normalize the feelings and to also show perseverance and a way forward. There are so many books that address mental health head-on, and I have a few favorites for young readers to get an early start.

Here are five of my top picks. Share yours in the comments.

“All Kinds of Strong” by Sharon Baker 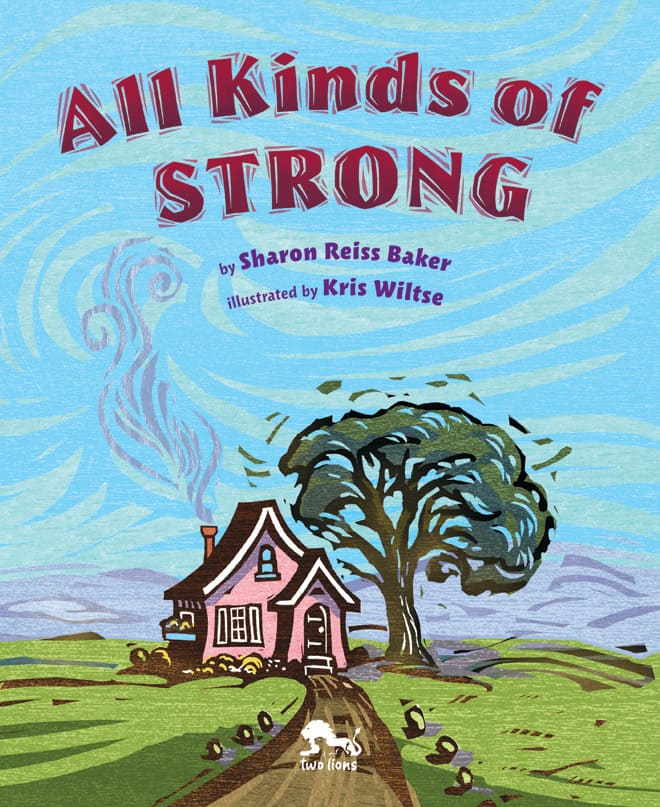 This is a great book for kids who feel small and non-athletic, awkward and overlooked: Despite being little, Sadie Rose is strong in other ways. She loves working on her farm and always notices when the farm animals seem sick—even though her neighbors say she isn’t strong enough to do this kind of work. But when disaster strikes, and her friends and family can’t celebrate Sabbath in their neighbor’s parlor, Sadie Rose comes up with an idea to prove that strength comes in many forms. 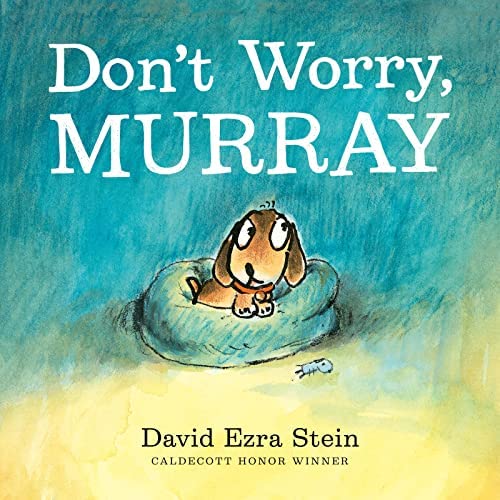 Murray the dog is a worrier. Fireworks? Forget it. He frets about the rain. He avoids barking dogs. But, over time, he learns to get out of his comfort zone—and, even though he’s a lovable canine, kids will recognize their own worries, too. Stein is a Caldecott award-winner, and this is his latest book. He has a knack for making struggles funny but relatable, too, without minimizing them.

“Everything In Its Place” by Pauline David-Sax 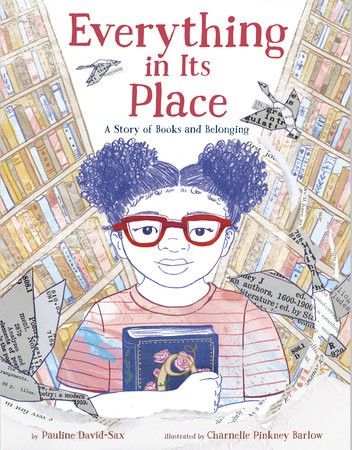 What happens when your safe space goes away? Nicky is a bookworm, incredibly shy, and she finds refuge in her school library. When it closes, she feels incredibly displaced and afraid. Where will she go? Where will she hide? Forced to break out of her shell, she finds her people in the most unlikely spot—her mom’s diner, where a group of motorcyclists hang out. It’s a reminder that not everyone finds their group in the traditional spots like classes and sports; for some shy kids, it might be a little tougher…but there’s hope and community—and a place, if you’re brave enough to seek it out.

“The Knish War on Rivington Street” by Joanne Oppenheim 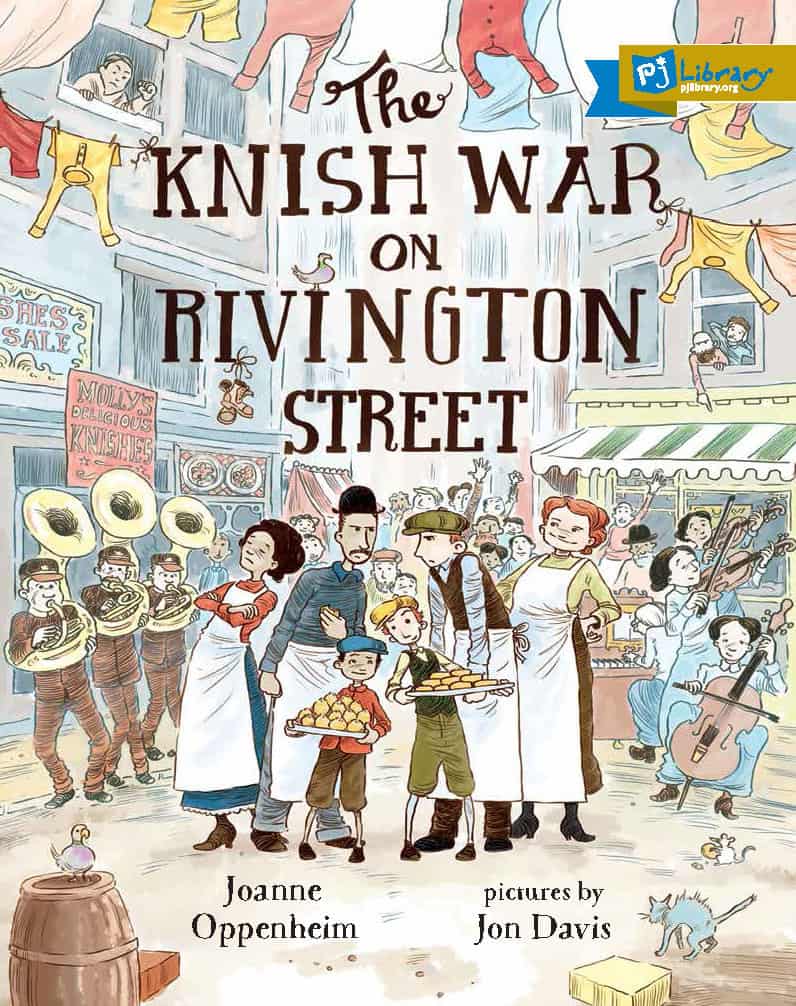 There’s always going to be someone smarter, faster and maybe a little bit intimidating. That’s one of the lessons in “The Knish War on Rivington Street.” Benny’s family owns a knishery, adored for their round delicacies. The Tisch family then moves in and begins selling rival square knishes. Benny’s dad decides to compete, and lowers his prices (and changes his values) to keep up. Mr. Tisch does the same thing. You can guess the rest—this story is a vivid slice of life from another era but also has an important moral: remain true to yourself.

“The Boy With Big, Big Feelings” by Britney Winn Lee 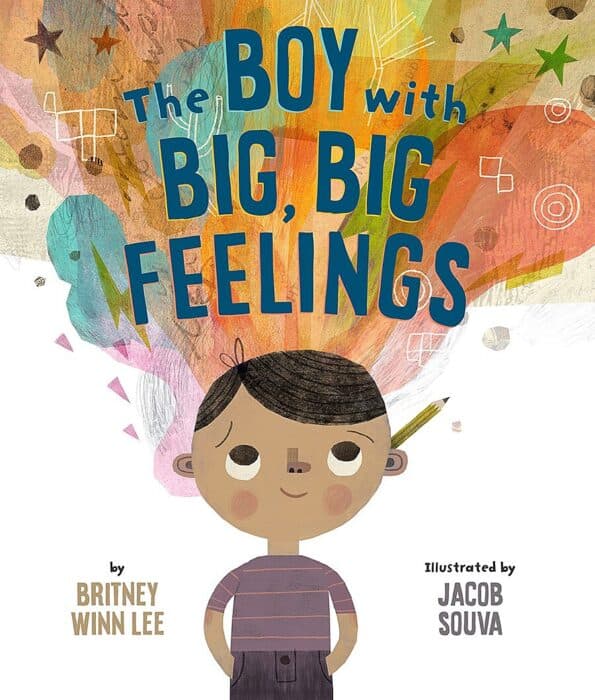 I remember once catching Peter looking at something naughty on the iPad. He knew he’d been caught in the act, and he immediately felt embarrassed and upset—so upset, in fact, that he ran upstairs, faced his bedroom wall and wouldn’t look at me. My normally chatty five-year-old was so sad that he couldn’t even describe his feelings in words, and that’s why I love this book: The boy in this story has feeling so strong that they jump out of his chest and flow from his eyes when he doesn’t express them. It’s an important reminder that boys have emotions, too, and that it’s OK to share them. It’s part of the “Big, Big” series (“The Girl With Big, Big Questions”).