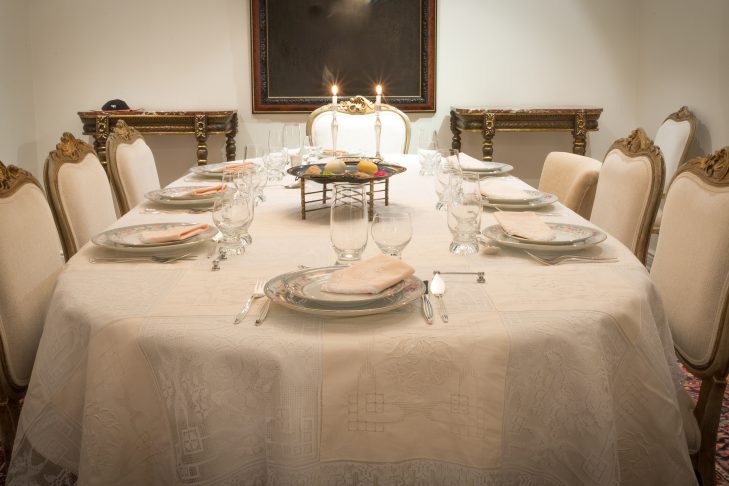 Joyce Fienberg was always one of the early arrivals on Shabbat at the Tree of Life Synagogue in Pittsburgh. Her presence ensured there was a quorum of 10 in place to begin the service. On Oct. 27, 2018, a white supremacist murdered Joyce and 10 others in the sanctuary of her synagogue.

In the aftermath of the synagogue killings, Marnie Fienberg, Joyce’s daughter-in-law, knew she had to memorialize her beloved mother-in-law in word and deed. A life member of Hadassah, Fienberg wrote a piece for the organization’s magazine about coping with the aftermath of Joyce’s murder. “After a sudden death, the world shatters,” Fienberg wrote. “When you lose someone central to your family, the shock reverberates through each surviving family member. You need to be together to find a tether to reality. The ritual of shiva saved us. A bubble of love was created by family, friends, rabbis and complete strangers through hugs, visits, emails, letters and texts. Our focus was on envisioning a universe with a Joyce-sized hole in it.”

As it happened, the magazine was already planning its Passover issue in November, and Fienberg’s article would appear in the spring. “The editor asked me to write about Passover and what had happened in Pittsburgh,” Fienberg recently told JewishBoston. “I had never made Passover without Joyce, and the idea of planning and making a seder without her seemed like a mountain that couldn’t be climbed.”

It was during the writing of the article that the idea of a new initiative called “2 for Seder” began to crystallize for Fienberg. The notion is straightforward: Invite two people who have never attended a seder to your seder with the intention of “building bridges and pushing back on anti-Semitism with love and matzah.” The slogan’s wording of “pushing back” is intentional. Fienberg eschewed the image of fighting anti-Semitism for a gentler message.

2 for Seder similarly highlights the Jewish notion of welcoming the stranger—a directive mentioned at least 36 times in the Torah. Passover is also the holiday that provides teachable moments by featuring the dramatic Exodus story. By the end of the evening, opening the door for the prophet Elijah ushers in the messianic spirit of optimism and hope where strangers are no longer unknown to one another.

Fienberg was first inspired about 2 for Seder after marking Joyce’s shloshim—the 30-day period following a burial. Fienberg, who lives in the Washington, D.C., area, invited her neighbors—Jews and those who are not Jewish—to remember Joyce. “For some of my neighbors it was the first time they were exposed to Jewish tradition,” she said.

Fienberg realized that Passover was the perfect entry point to honor Joyce’s memory and convey interfaith themes of love and understanding. She recalled that Joyce typically started planning for the holiday in January. “She had her list and was ready to go,” Fienberg said. “She kept me organized and on point.”

A woman who attended one of Joyce’s seders a decade ago signed up to participate in 2 for Seder and noted on the group’s Facebook page: “I was one of the many guests that Joyce invited into her home for seder. I attended in 2008 and 2009 (I believe) while I was dating a Ph.D. statistics student of Joyce’s husband. My date attended a few seders with the Fienbergs while at Carnegie Mellon University. The one in 2008 was my very first seder. My date and I married in 2012 and now live in Columbus, Ohio. I have never forgotten Joyce’s hospitality and kindness. This is a wonderful program and our family will be happy to participate.”

Fienberg noted that discussions at Joyce’s holiday table were all the more dynamic because she invited guests from various walks of life. It thrilled Fienberg to envision the question: What if those conversations were replicated at hundreds, if not thousands, of seders this year? “For someone who has not experienced what it means to be Jewish, the Haggadah walks you through a story,” she said. “It’s a beautiful framework that encourages families to add personal touches handed down from their ancestors.”

To simplify things, the 2 for Seder website offers a user-friendly kit that contains leader notes, background information about Passover and timelines created with the help of the Anti-Defamation League—one of 2 for Seder’s partners—that highlight anti- and pro-Semitic events in America. “It’s important,” noted Fienberg, “for everybody to be aligned with this idea that America is a unique place. One of the purposes of the kit is to remind us that we have rights as Jews, and we’re living in a special place and a special time.”

So far, close to 500 participants from over 25 states have signed up to take part. Fienberg hopes to make 2 for Seder an annual event and encourages this year’s participants to tweet and report on their seder experiences.