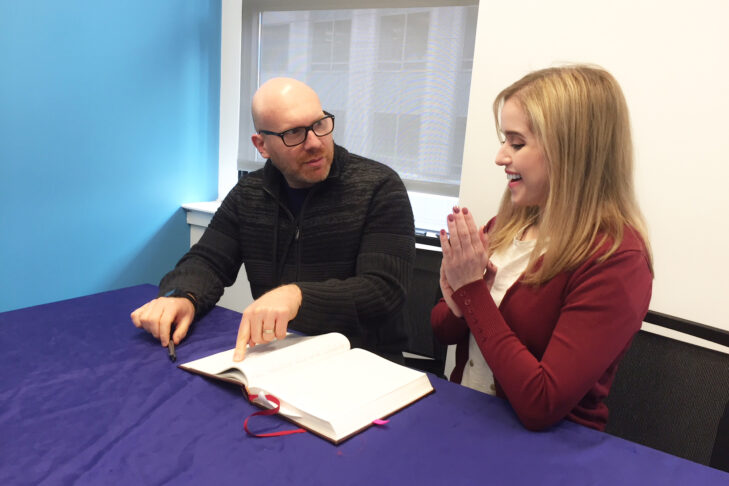 By 5:45 a.m. this morning, I had already completed my Daf Yomi (“daily page”) of Talmud. I am participating in a unique worldwide “book club,” where tens of thousands of Jews study one page of the Talmud per day with everyone moving at the same pace and everyone on the same page. The process lasts seven-and-a-half years. The last cycle of learning ended on Jan. 4, 2020, and I started on Jan. 5 with the new cycle. That’s right. I’m on day two, and I only have 2,709 days to go!

Daf Yomi is an international practice, first started in 1923, to study the entire Babylonian Talmud, which is the main text of rabbinic Judaism. A page a day may sound like nothing but allow me to tell you how wrong you are: Each page is a double-sided maze of content, with multiple sections of intergenerational rabbinic commentary to be sifted through and puzzled over. The sections of the page mirror our geographic Diaspora too, with the oldest sections originating in the land of Israel, the next in Babylonia, followed by commentaries from Europe and beyond.

The Talmud is divided into 37 volumes, each exploring different aspects of Jewish law (halacha). You’ll find anything relevant to Jewish life in these tractates, from what time to say the Shema, the central prayer of Judaism, to how to avoid any demon skulking around abandoned buildings near you. (What’s funny is those topics were day one and day two of study, respectively.) Every page assumes knowledge of other pages, and of the rabbinic personalities and voices within. It’s the ultimate intertextual study.

Why am I doing this? What a great question! I’m not alone in taking on this commitment to Daf Yomi this cycle. Daf Yomi Facebook groups have burgeoning numbers of new members, many commenting on how they are excited to do Daf Yomi for the first time. In addition to Orthodox men, for which this is old (black) hat, there are Orthodox feminist Daf Yomi groups, a queer Daf Yomi Slack channel, Twitter and Instagram accounts dedicated to talking about the Daf and humorous takes on the learning presented in tongue-in-cheek ways.

There’s a palpable feeling of excitement among a diverse, global group of people taking on this huge commitment to Jewish learning and engaging in a radical act of Jewish unity. Some folks learn the Daf via podcast (which I did this morning while doing my makeup). Others use Sefaria (which I did yesterday). Others meet every day on their commute on the Long Island Railway to learn together (I probably won’t do that one). 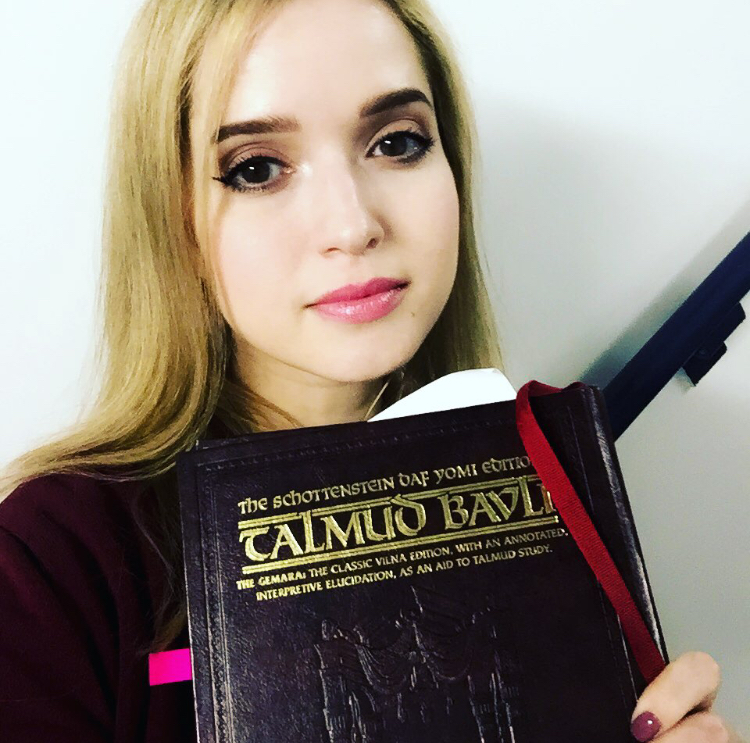 There are many converging reasons that this enthusiasm for the Daf Yomi practice is happening now. Conveniently, the beginning of this cycle corresponds to the beginning of the Gregorian calendar year, so for some this is a New Year’s resolution. Maybe it was the huge celebrations of thousands of Jews around the world who completed the last cycle that seemed so appealing. Maybe someone’s inspiration was this one guy dressed as Waldo amongst all the 90,000 black-clad Jews at the MetLife Stadium celebration on New Year’s Day. I know others were inspired by articles written by Jews just completing the previous cycle. Dr. Erica Brown tweeted the daily learning and discussed her reflections on studying Talmud as a female scholar in a recent article that was profoundly motivating to me.

I believe that in no small part the groundswell of interest in Daf Yomi is also a reaction to the horrific antisemitic attacks that happened over Hanukkah this year in New York. My mom emailed me shortly after the Monsey machete attack to ask if I was still interested in doing Daf Yomi with the new cycle. I had been thinking about it for several years, in a kind of casual, non-committal way ever since I was lucky enough to hear Rabbi Lord Jonathan Sacks talk about the process in person.

But as I read the email from my mom, everything clicked into place for me. Yes, damn right I was going to do Daf Yomi this cycle! To me, this is the best “#@$% you” I can level at worldwide antisemitism, a “#@$% you” that will take me more than seven years to finish saying. Hate me as a Jew? Then I will become 10,000% more invested in Jewishness, past, present and future, than I already am. “I can’t believe I’m doing this. Look what flourishing displays of antisemitism will do to a person!” my mom said in her email. Exactly, Mom. Exactly.

I am an atheist, but that has no bearing on the value of this study for me. In the face of attacks on Jews, I am dedicating myself to increasing my Jewish literacy, my knowledge of the Mishnah and Gemara, my interest in what Rashi has to say about things and my connection to my Jewish mishpacha around the world. I refuse to be ignorant of my own intellectual heritage, or my place in the continuum of the story of the Jewish people. It doesn’t matter how vociferously we Jews differ from each other on every matter under the sun—that’s a quality that makes us more similar to the rabbis of the Talmud hundreds and hundreds of years ago, not less. Together, we are stronger than those who hate us.

As my friend and study partner Dan said: “This is way outside my comfort zone and something I would have never imagined myself doing, maybe even a month ago. But to know I’m in this worldwide conversation—a massive Jewish book club—until I’m qualified for AARP membership, it’s very powerful. We’re all talking about the same issue on the same day. Whether we’re atheists, lapsed Reform Jews, Jews by choice, Jewish curious or yeshiva graduates, we’re all putting ourselves into a timeless and, frankly, endless conversation with each other and our ancestors.”