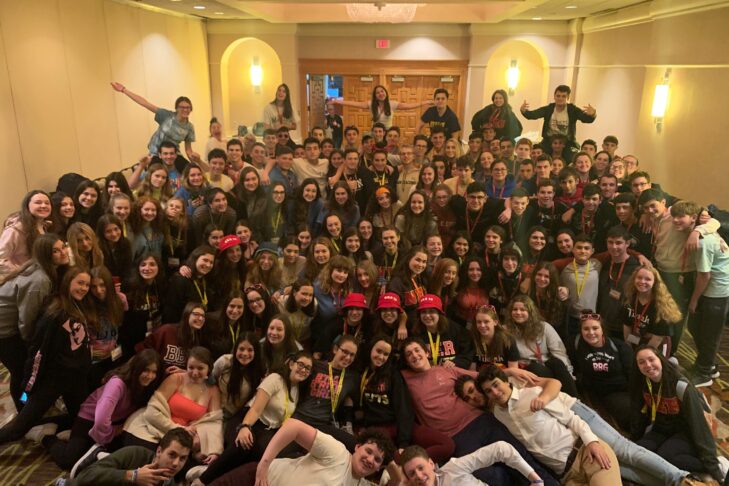 I have been part of BBYO for one year as one of the founding members of a BBYO chapter in Merrimack Valley. I have attended two conventions in the past and was excited to attend my third convention overall and first of the year. After a long bus ride down to Connecticut, everyone was ready to get some fresh air, see old friends and meet some new ones at our fall convention, a weekend-long event bringing together 150 teenagers from New England and Manhattan. BBYO conventions feel a bit like a mini camp with services and activities, all planned by our peers.

The weekend started off with a bang as Lady SinAGaga, a Jewish drag queen, came out on stage in style to help the Steering Committee lead opening ceremonies. Friday Shabbat services followed and included lively versions of “Adon Olam” and “Oseh Shalom” led by the king of song, Nick May, a song leader and freelance musician. We then enjoyed a nice Shabbat dinner with people from both the New England and Manhattan regions, with fun conversation starters, including, “What’s your favorite food?”

After dinner, we split into four different onegs. I spent my time at the karaoke oneg, where I sang “Let It Go,” performed interpretive dance and accidentally unplugged the speaker system. Manhattan and NER enjoyed the range of onegs that had been planned before splitting up. We then made our way to a late-night improv program. This program featured a lot of different games and people, making sure everyone had the chance to showcase their creative potential. A definite highlight of the improv show was Josh Erani, regional vice president of membership, working at a help desk and fixing everyone’s problems.

A late wake up was much appreciated on Saturday after a long night spent catching up with friends from across the region and receiving a delivery of “spooey,” a BBYO favorite snack of pretzels and frosting, a little bit after midnight. After a quick breakfast, I went to the light-inspired Shabbat service where we played “Will It Adon Olam?”, a game in which Nick May attempted to sing the prayer to the tune of any song, including “Africa” by Toto and “Twist and Shout” by The Isley Brothers. The Torah service followed immediately after and NER represented strong when it came to reading the “Lech-Lecha” Torah portion.

After a short break, Pamela Schuller arrived and immediately flexed her connections to the artist Fetty Wap. Pam, a comic from the Midwest, expressed the value of working with what you have, finding your calling in life and championing the differences we see in other people. After Pam spoke, we broke for lunch, which gave us a great opportunity to crack jokes and recap the day’s events with friends.

After lunch, we had the opportunity to go to one of four different Limmuds (talks) facilitated by various guest speakers. I went to the Limmud led by Lady SinAGaga, known as Moshiel Newman in everyday life. Moshiel fielded questions and spoke about his experience living as a drag queen, a life deemed unacceptable by his Orthodox community, how his perspective has changed from when he was a 17-year-old Hasidic Jew in New York to today, and what is needed to become a successful drag queen or drag prince. Other Limmuds included Pam Schuller, Nick May, Westside Gravy and Jewish educator Jonathan Posner.

After Limmud sessions, we transitioned to various activities created and facilitated by teens. I chose the Olympic activity. A wide range of events gave everyone an opportunity to succeed in games like holding JELL-O on a spoon and popping your opponents’ balloons, but I managed to lose most of them anyway. Another great activity was “Cookies for Change” focusing on social justice. Chofesh (break time) gave everyone a chance to decompress after the exhilarating competition. I spent chofesh enjoying free time with friends.

A meaningful Havdalah service gave way to some eventful activities. The evening got back on track with Westside Gravy performing at the dance for a loving crowd. Westside Gravy (formally Young Gravy) is a Jew of color who is a 20-year-old college student at George Washington University and the next big Jewish rapper. Mr. Gravy touched my hand and I haven’t washed it since! Dancing continued into the late night, with a hearty pizza dinner fueling some truly rad moves out on the floor. The New England group’s traditions got a Manhattan twist as the two groups truly bonded and became one, and by the end of the night my voice was hoarse and my body sore. As we left the dance floor for our rooms, we each picked up a pretty snazzy convention shirt. Tragically, I didn’t get to visit the shuk (marketplace), but I heard the merch this year was fit for kings. 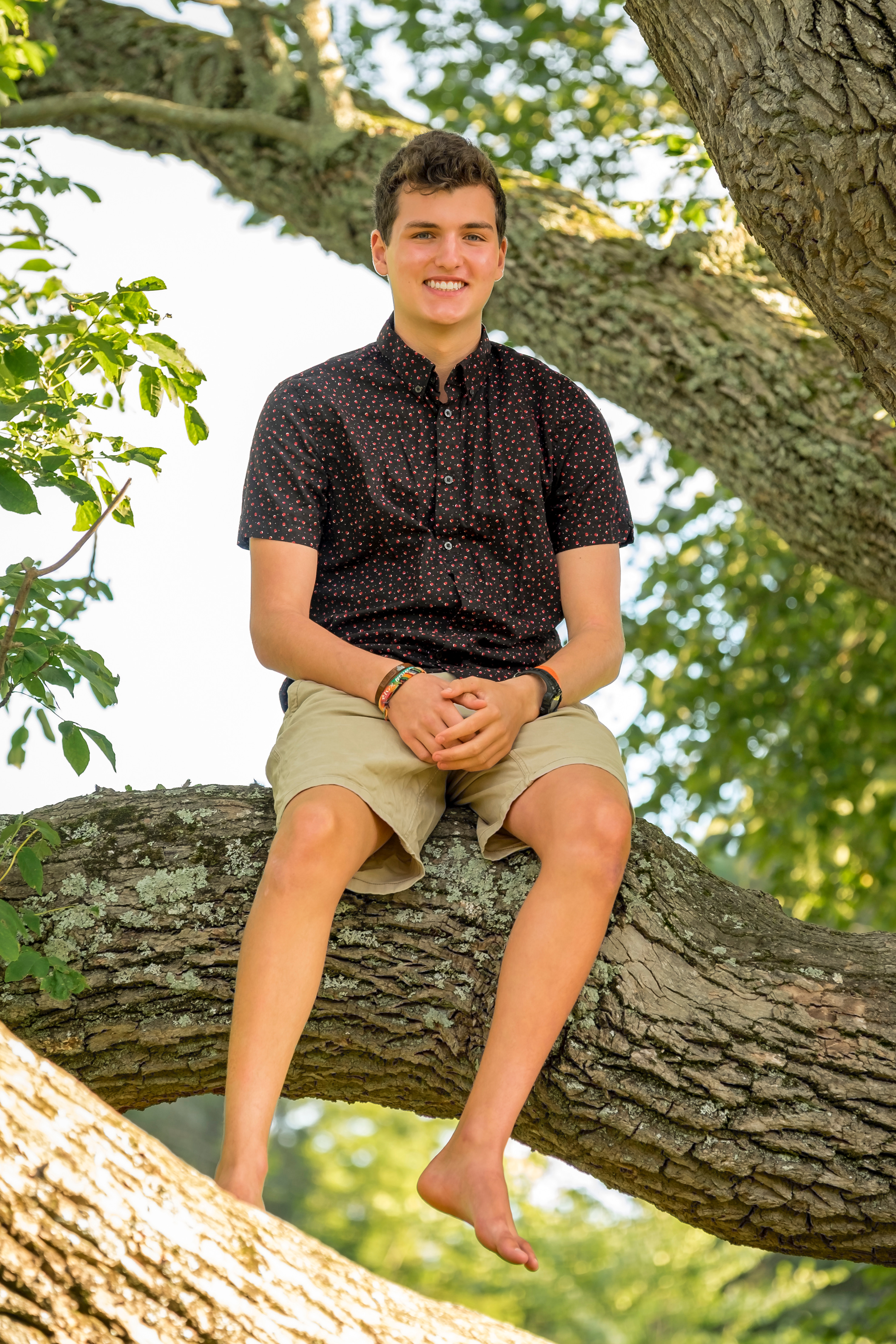 Business meetings were very productive; important regional positions were decided and a petition to hold spring convention with Manhattan was brought forth. I particularly enjoyed my time on the panel, which selected regional teddy bear and teddy-in-training. Just like any other good thing, however, convention came to an end. As I boarded the bus to go home, I had only one thought: “Kallah can’t come soon enough!”