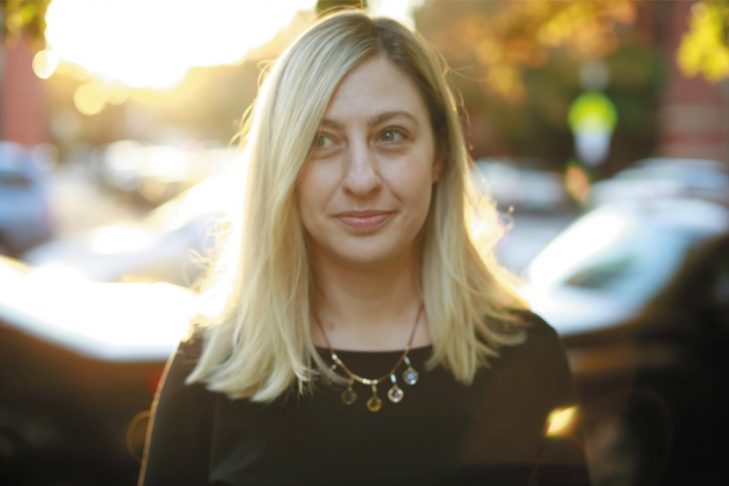 Meredith Goldstein, 40, has been writing the “Love Letters” column for The Boston Globe since 2009. In her new book, “Can’t Help Myself: Lessons & Confessions from a Modern Advice Columnist,” she chronicles her adventures in dispensing advice and shares the highs and lows of her dating life. Goldstein, who is single, recently told JewishBoston, “I always imagined my adult life as a single life.” But she wryly notes, “Sometimes it’s fun to watch television with another person.”

You are following in the grand tradition of Jewish women advice columnists. Where do you see your place?

When that question was first posed to me, I was speaking after a one-woman show about Ann Landers at Central Square Theatre. Someone in the audience asked me why all advice columnists are Jewish women. I thought it was a coincidence that I was doing this, but so many Jewish women had done it. I wasn’t raised with religion, but I am very culturally Jewish. It makes sense that giving advice is part of Jewish culture because Judaism is a religion that asks “why.” There is this natural analysis of tradition, decisions and choices. When that is a part of your culture, it becomes part of your day-to-day life.

How did reading the Bintel Brief—The Forward’s legendary advice column meaning “bundle of letters” in Yiddish—influence you?

When I read the Bintel Brief, I saw how so many of these life problems are timeless. Getting your heart broken is not a new thing. It also made me realize that content that is about relationships can be belittled or dismissed in the modern era.

It was very interesting that when “Can’t Help Myself” was recently excerpted in the Globe, so many people came up to me—mostly men and many people over 35—who said, “I know I’m not your demographic, but I read you anyway.” I want to tell them, but you are my demographic!

Going back to the Bintel Brief, I realize that at one time these personal questions and issues were given space and respect. I have to ask what happened over the years. Reading the Bintel Brief inspired me to think about giving importance to my own content—not apologizing for it or thinking of it as some hobby. This is serious stuff. When we look back at newspapers and media in general, we look to see how we lived. Our love lives are a huge part of that. It should not be dismissed or belittled. The advice column was a priority for that publication. I’m happy to say that the Globe makes “Love Letters” a priority too.

Do you worry about running out of new problems to answer?

Every day brings a new adventure, but there are established categories. There is the “I’m sad about my breakup” letter or “someone is cheating on me.” Yet the details and the language of each letter are always different. They may be subtle changes that make my answers different for each problem. And language is always evolving. I had letters about “mansplaining” before the term was coined in 2017. The concept of “ghosting” has been around forever, but we didn’t have a term for it until recently. It’s exciting to see that we have a better understanding of our problems when they’re named. 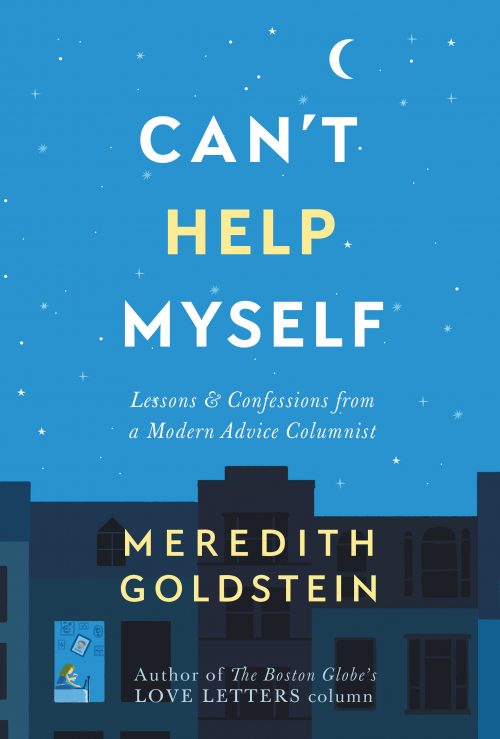 They are special people, but that’s not to say there aren’t some trolls. There is also some snarkiness in the comment section. But compared with other sites, the snarkiness is still on topic and it’s about the letter. There is also a group of people among the commenters who have been commenting for all nine years of the column. You have to wonder, who are these people who feel empowered to do this every day? It’s never who you think it’s going to be. It’s a scientist, an accountant, a teacher—it’s people from different walks of life, many ages, and even many men.

If you weren’t the Love Letters columnist, would you consider writing to an advice column?

I’d like to think I would. But it’s scary to be the letter writer. It’s scary to know your letter is up and that there will be comments. I would do it, but very tentatively. I have to say I was surprised by the column’s popularity. I started it because Boston needed its own thing. I did not expect it to go national and then international.

Who are some of your favorite advice columnists?

There are so many great voices out there. My hero beyond Ann Landers is Dan Savage. He’s so brilliant. I can’t write about sex in the Globe, nor would I want to. But what he has done for a generation of people to feel accepted in the world is pretty significant.

You weave in memoir in this book very poignantly, writing about your mother’s illness and death. What was it like for you to date or even write the column when she had cancer?

I wasn’t dating when she got sick. I couldn’t even imagine dating. Brette, my sister, always felt bad that I was not partnered during this difficult time. But she also felt bad that she was. When you have a romantic partner, and you have to do caretaking for a family member, the first person you ditch is that romantic partner. In my case, I never had to feel bad about ignoring people. My friends understood. That’s different if you have a spouse or significant other. For me, it was helpful to be single during that time. I wanted to give my mother the most attention I could give.

If she had lived much longer—which I very much hoped she would have—parts of me wondered how I would ever date again. What I learned is that you have to keep living. The irony is that my mother was interested in continuing to date even when she was ill. She was this incredible woman with stage 4 cancer, and her eyes were open to the world. She was an incredibly romantic, optimistic person when it came to that. That was a huge lesson for me. There is always a reason not to date. If I can take one lesson from my mother, you can do two things at once—you live and can continue all those parts of your life at once. She taught me this beautiful life lesson.

Meredith Goldstein will be in conversation about “Can’t Help Myself” on April 3 at Harvard Book Store and on April 11 at Wellesley Books.