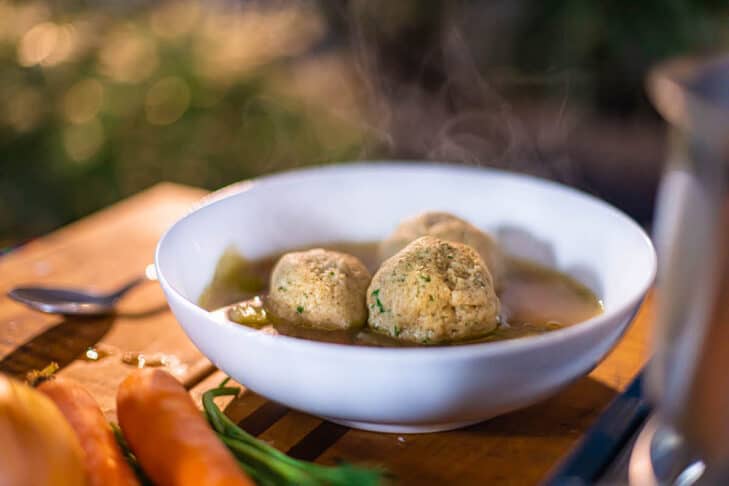 A new cooking group is taking the term “High Holidays” literally—by creating recipes and gorgeous videos of Jewish dishes made with cannabis. The Boston-based website High Holiday Cooking launched at Rosh Hashanah, right before President Biden announced official pardons for anyone convicted of a simple marijuana charge dating from the 1970s.

The site features delicacies such as marijuana matzo balls, cannabis honey cookies and marijuana-infused schmaltz, with more on the way. The recipes are paired with high-quality videos worthy of a Food Network shoot.

“So far, we’ve had really positive reactions, which I didn’t expect,” says co-founder and videographer Eli Katzoff, who splits his time between Newton and Israel.

Some rabbis are reluctant when approached to participate, though, despite marijuana’s legality. “One was having an existential crisis on the phone with me,” says Katzoff, who doesn’t smoke pot himself but has friends who do.

The idea began seven years ago with Katzoff and a friend, Avi Smith, a recipe-writer and tester. Smith had developed recipes through regular Shabbat dinners and holiday meals where he wanted to incorporate cannabis. The duo began talking to more friends about a potential cookbook, stylized like the Talmud, with a recipe in the middle and commentary and photos on the sides. 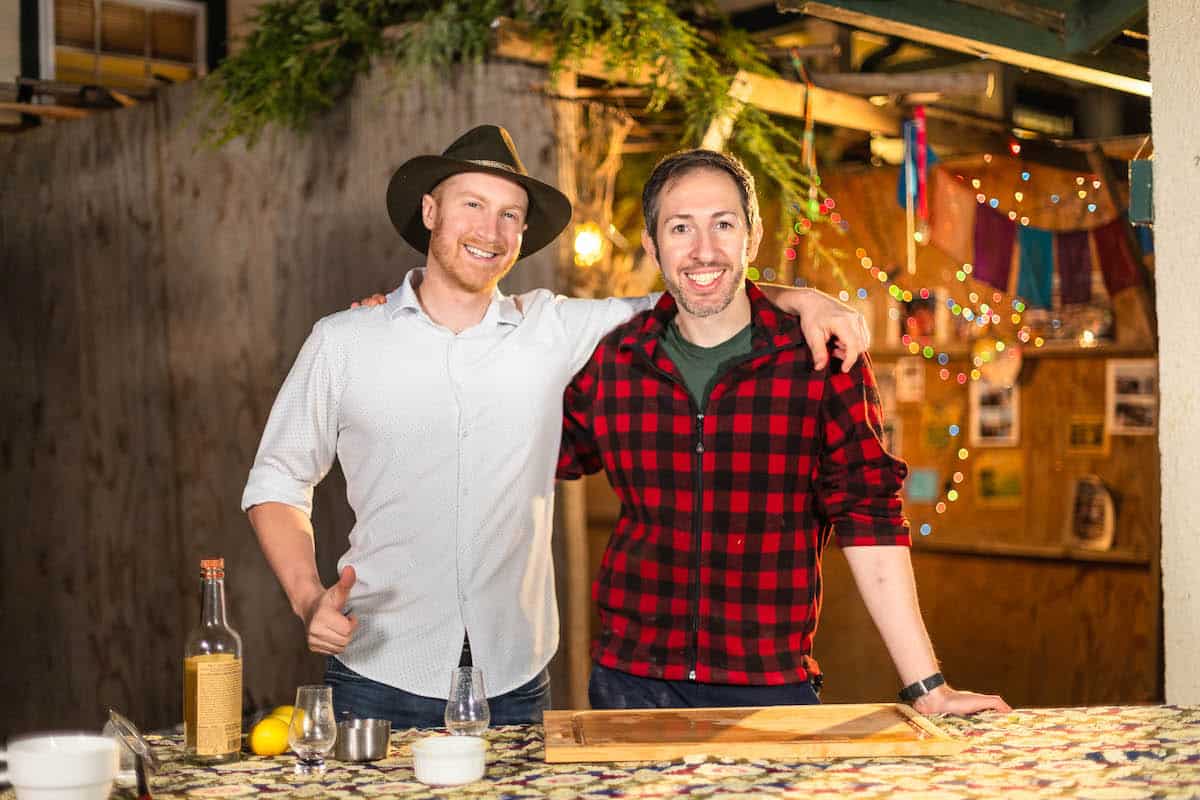 “But back then, in 2015, I think one or two states had legalized cannabis use. Maybe it was medically legal in a few places, and Boston had just become medically legal. But, it wasn’t recreationally legal, and when we started approaching people about it, we got a general unease. People were assuming we were talking about the counterculture world of marijuana use,” he says.

“We thought of it as something that can could enhance spirituality, but the time wasn’t right,” he says.

Fast-forward to the pandemic, by which time more states had legalized marijuana, and its use had become far more normalized.

“Times had changed, and people were open to it. People were suddenly intrigued instead of pushing back,” he recalls. “We also started seeing that there were all these Shabbat dinners happening. We had friends who were going to dinners where people were making marijuana food but had no idea how to do it. They were looking online and cobbling together resources, which can get dangerous.”

Seizing the moment, Smith and Katzoff pulled together a team including chef Tali Pinnolis, chef and co-owner of Sweet Finale desserts, and Rabbi Rami Schwartzer, “a holistic rabbi fascinated with the world of Judaism, psychedelics and how they can be used together in spiritual practice,” Katzoff says.

The group is painstaking in their recipe-development process, with a focus on proper flavoring (cardamom, for example, is good for masking an overly marijuana-infused taste) and dosage.

“First, it’s find the recipe; then, it’s add the cannabis; then, it’s modify the recipe so we don’t have too much of the flavor in it and figure out also the right amount of dosing for the average person,” he explains. “Look at all of our biblical stories: There’s no way these people were totally stone-cold sober when they were writing this stuff or coming up with it.  We actually have references in the Torah—a lot of experts are saying that there are references directly to cannabis, for example. They even think that they planted cannabis on King David’s grave,” he says.

Beyond any biblical insinuations, though, he thinks that Judaism embraces this kind of mind-expansion overall.

“We’ve always used these kind of things. I mean, with Purim, we literally say you should get drunk to the point where you don’t know the difference between Haman and Mordechai,” he says. “I do think that the idea of using enhancements within our traditions is not new.”

Next up for the self-funded site is a cookbook and more Jewish-related video content, including documentaries. The team recently toured a kosher cannabis farm in Western Massachusetts, where they also discussed the ethical raising and slaughter of animals.

“[High Holiday Cooking] is an excuse to explore a lot of aspects of the Jewish world, and the cannabis stuff is sort of the thing that can pull people into it. In a weird way, the cannabis is a small side part of that content, but it allows us to explore the Jewish world,” Katzoff says. “It allows us to bring to the forefront ideas and morals and values that make us who we are.”