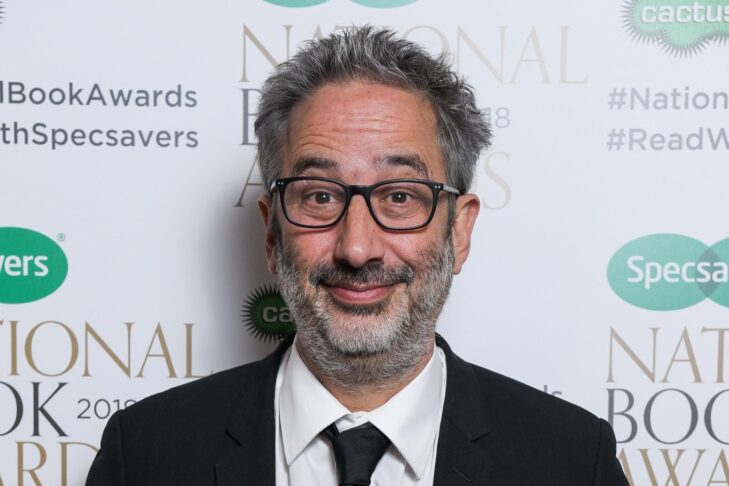 David Baddiel is not a household name in America. But that may soon change for the British comedian and actor, whose one-word Twitter bio plainly states: “Jew.” Baddiel has close to 750,000 followers and has emerged as a surprising defender of his fellow Jews. His most recent example of Jewish advocacy is a short, quick read of a book straightforwardly titled “Jews Don’t Count.”

The book was published in the UK in February 2021, a year after Jeremy Corbyn was replaced as the leader of the British Labor Party. Corbyn’s stormy five years as his party’s leader was marked by repeated accusations of antisemitism. However, Baddiel observes that sensational headlines about antisemitism are often disproportionate to the tiny Jewish minority in the country highlighted. In the case of Great Britain, Jews make up less than half a percent of the population.

Baddiel was recently in virtual conversation with Jeremy Burton, executive director of the Jewish Community Relations Council of Greater Boston. Burton opened the conversation by recounting that he felt self-conscious reading Baddiel’s provocatively titled book in public. Baddiel related that a woman reported she was reading his book on the tube and endured antisemitic abuse. “In the book, I talk about the spilling over of antisemitic abuse from whatever boundaries people try and keep it in,” he said. “In terms of the notion that you can protect against Israel and somehow exclude antisemitism is very clearly undermined by the fact that when people read a book with just the word ‘Jews’ in it, they will get abuse for that.” Baddiel added that the book’s German publisher was wary of stirring up more historical pain and changed the title to “And the Jews” for its German printing.

Baddiel is an unlikely spokesman for the Jewish people. A self-proclaimed atheist, he said, “I don’t have, which a lot of Jews do, a deep emotional connection with Israel. … But I don’t feel the need to condemn Israel in the mad way that every single person who is on the progressive side of things feels the need to do before they open their mouths about anything to do with Jews.”

Baddiel, who also describes himself as a progressive, often takes the left to task. He feels uniquely positioned to do so, given his “non-Zionist” and non-religious leanings. He writes that being outside the traditional Jewish mainstream gives him credibility that enables him to reach more people. “There’s a lot of conversation to be had about antisemitism that is not about [Israel]. Having said that, I did put an extra chapter in the American edition of my book because it [came out] just at the time when the last Gaza incursion happened [last summer],” he explained. 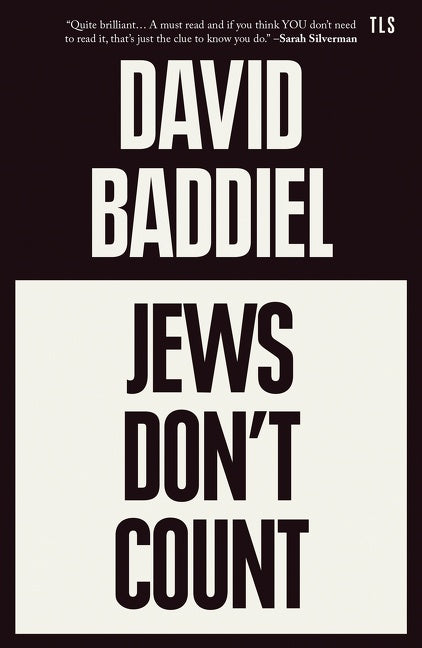 Baddiel’s theses are nuanced. In the book and his conversation with Burton, he makes the case that antisemitism is unequivocal racism. “America has hived off the word ‘racism’ to mean essentially just the discrimination suffered by people of color. And, in fact, it seems to be mainly Black people because I hear that Asian Americans won’t describe discrimination against them as racism either. And that is not the case here [in Britain]. People will enfold discrimination against almost any ethnicity to mean racism. And that is correct. Anything that is an accident of birth for which someone is happy to discriminate against you, and at the extreme level, kill you for—that is racism. … The color of your skin is as unchangeable for the racist as the fact of my Jewishness.”

Baddiel observes that Jews are mostly excluded from conversations about minorities. He says as much in his writings, his radio shows and even in his standup comedy. “There has been an intensification of concern about identity and representation—what we broadly call ‘identity politics,’ or some people would call ‘woke issues.’ … And it’s not only about race but also sexuality and how we can include minorities and not allow aggression against minorities. It’s about vulnerable things like improving the situation with minorities across the board. But in the last 20 years, you see in Britain and America that Jews are not in that conversation as far as I can make out.”

To that end, Baddiel said he wrote “Jews Don’t Count” to find parity in treating all minorities, including Jews. He notes that the word “Yid,” which he refers to as the “Y” word in writing and conversation, should be treated like any other hate word. He recalled that in 2008, he was at a soccer match with his brother when a man in the crowd began chanting “Yid” over and over. Others joined in and added obscenities. Baddiel wasn’t surprised at the vitriol, which he said was common at soccer matches in England. “What I’m concerned about is there’s been a massive intensification in how people deal with [the racism]. The [soccer] clubs are tasked with spotting racism. It says in the program, ‘Anyone chanting any form of racist abuse will be banned for life.’ Not only were these people not stopped, but they also were not even challenged and banned for life. My brother and I tried hard to get this person. He would have been on CCTV and could have been identified. But no one was interested.”

Baddiel said several people on the left have been pondering his questions about Jews as a minority and antisemitism as racism. One reader wrote to him that “antisemitism is racism that sneaks past you.” In response, Baddiel asserts that the book is “a critique and an analysis. It is not a manifesto. It does not have a series of answers, but in its way, it provides answers.”