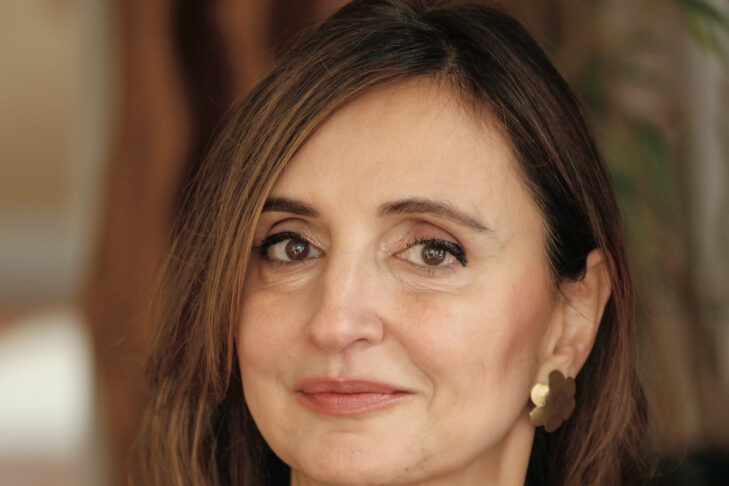 Roya Hakakian’s new book, “A Beginner’s Guide to America: For the Immigrant and the Curious,” is part memoir, part reportage and partly a work of imagination.

In a recent interview with JewishBoston, Hakakian, also the author of the acclaimed memoir “Journey from the Land of No: A Girlhood Caught in Revolutionary Iran,” recalled her arrival in the United States and recent anti-immigration measures. Hakakian grew up in a middle-class Jewish family in Tehran and immigrated to the United States when she was 19. In 1985, she stood at the customs booth in New York’s JFK Airport, anxiously wondering, “Will they let me in, or would they send me back?”

Hakakian thrived in her new country. She wrote poetry, taught literature in various universities and has emerged as a prominent human rights activist. She is a founding member of the Iran Human Rights Documentation Center and has published opinion pieces in The New York Times, The Wall Street Journal and The Washington Post.

How did your immigration experience mirror the eclectic neighborhood in which you lived in Tehran?

My father was the principal of a Hebrew day school in Tehran, and he met my mother, who was a Hebrew teacher he was training. We lived in a beautiful middle-class neighborhood that was very eclectic. We had a very religiously mixed block on which a couple of other Jewish families lived, a Zoroastrian family, a Baha’i family and Christian Armenians. And we had a Shiite Muslim family with a daughter who was my age. They had many children, so their house was chaotic. It was the best destination for the neighborhood kids because the mother was too busy to pay attention to anything we did. In the end, whatever prejudices we had didn’t get in the way of us socializing and being cordial and civil together.

What happened to the Jewish community when the Islamic Revolution arrived in 1979?

There was a mass exodus from Iran in 1978 and 1979. Jews left alongside so many other Iranians because the circumstances of the revolution were such that living in Iran didn’t make sense for secular families. There were special pressures on the Jewish community, and many of the opportunities that existed prior to the Iranian Revolution of 1979 started to vanish for non-Shiite Muslims in Iran. The priority for academic jobs, for university placements, all of those things, went to Shiite Muslims. Often, those opportunities were not granted to non-Shiites, and Jews could no longer thrive as they had been. 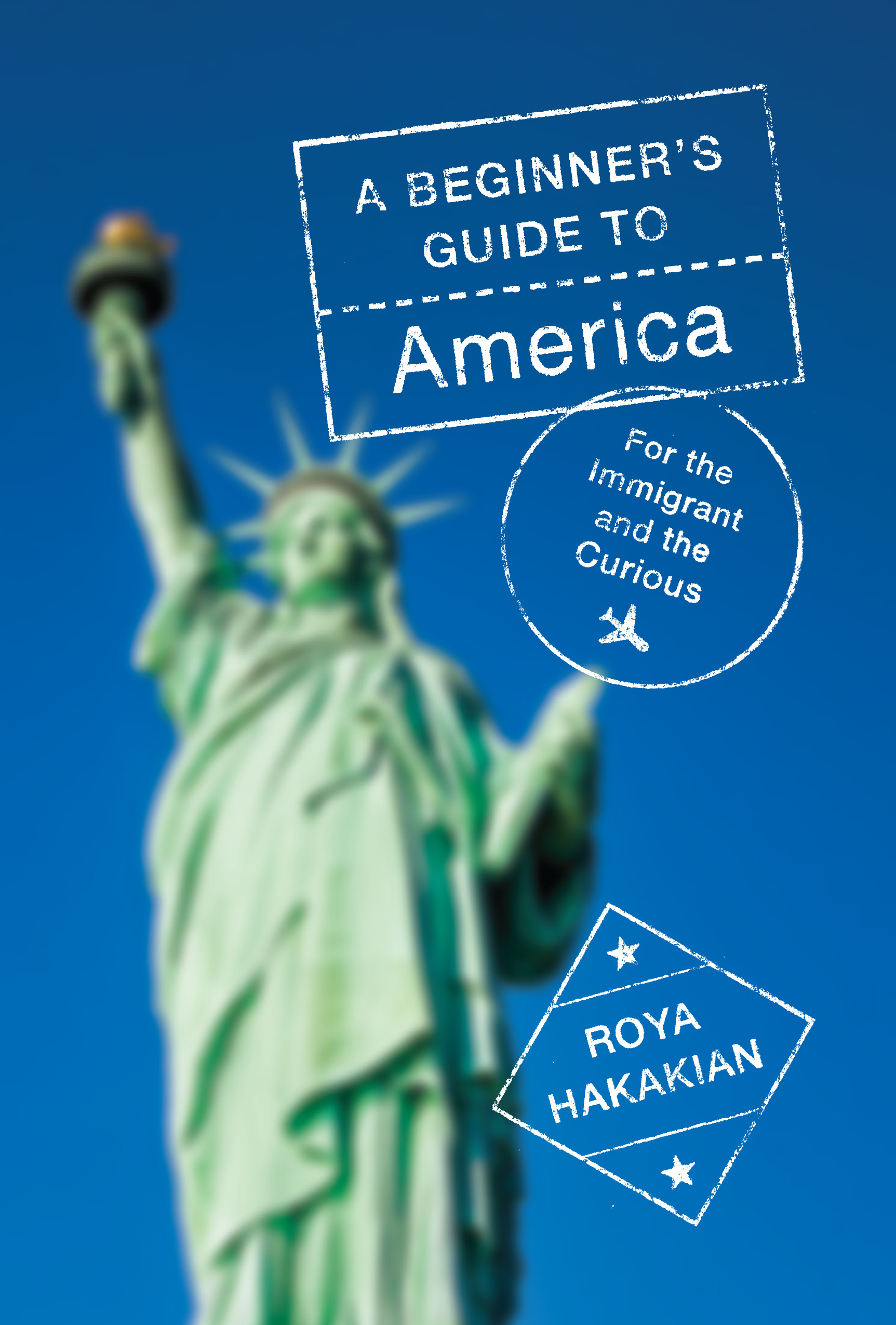 How did you settle on writing “A Beginner’s Guide to America” in the second person?

I have to step back and say why I decided to write this book at all. In 2016, when the anti-immigrant rhetoric reached a fever pitch, so much of what was being said felt very personal to me. It was true, at least initially, that Mexican immigrants were deemed unworthy of being here; they were described as rapists or thieves. The mood had changed so vastly; I started feeling uncomfortable. And then there was the Muslim ban along with the comment that we should no longer accept immigrants or refugees into the country who didn’t speak English. Maybe we shouldn’t accept immigrants or refugees who didn’t have special skills. I was every single one of those things when I arrived. I was an immigrant who didn’t speak English. I was a high school graduate who had no special skills. And surely, I didn’t have any wealth. The last blow was when the Muslim ban was placed on several countries, and Iran was among them.

I came to the United States with the help of HIAS. In 2017, HIAS had to shut down its office in Vienna after the Muslim ban because there was no way that immigration could distinguish between Jewish Iranians or non-Jewish Iranians. All Iranians had been banned. So, the HIAS program of bringing Iranians into the United States or sponsoring them shut down. I couldn’t help but feel that had I been applying to come to the United States as a refugee in 2016, as opposed to 1985, I would have never been admitted to this country. I thought this was the moment that I had to speak up—I had to defend my presence and I had to do it in such a way that I wouldn’t become part of the immigration war. The second person came out of that desire.

I was struck by your observation that America is one of the most accepting countries for immigrants. You also link this tolerance to reforms that you assert were “forced upon Americans by slaves and their descendants.” You write that slavery was an indispensable legacy for immigrants. Can you add to those insights?

I wrote about that in a column for The Washington Post, and some readers left comments saying, “How can you say that? When we moved here, we had such terrible experiences with African American neighbors.” To me, that seems immaterial. We all have bad experiences with our neighbors in whatever neighborhoods. We take for granted the reason why it’s so much easier for us in this country to be the “other” because there has been this historical “other.” That has started this collective conversation about otherness, about the rights of the other, about the space that the other deserves and needs, and about how the other needs to be treated equally as everyone else. We, as a nation, as Americans, have been made to think about all these issues. It isn’t all white men who have been created equal, but all non-white and non-men, women too, and all races and all religions. That’s been the consistent public debate going on for a couple hundred years that has made us all more pliable, more tolerant of receiving newcomers and receiving those whose backgrounds are different from our own.

You’re now a U.S. citizen. What did becoming an American officially mean to you?

Initially, I refused citizenship because I thought one doesn’t turn one’s back on one’s homeland after it falls on hard times. In those early years, I felt it was my job to gain some skills, become a professional and go back to Iran to help repair whatever ailment we had as a society. That was my intention, and I thought, “Why become a U.S. citizen if I’m going to go back?” It was also a question of, “What does it mean to walk away from my own origins because there’s trouble?” I had to sort that out for myself, which wasn’t easy, and it took a while. By the time I decided to become a naturalized U.S. citizen, I felt it wouldn’t get in the way of doing anything I wanted to do. If and when I could ever go back to Iran, I can try to help in other ways. Part of the reason I began writing was to do just that. I thought my best contribution was to make sure that a record of the history as I know it, not as those in power want to circulate, needs to exist. It was also the reason I wanted to write a memoir initially.

What do you hope Americans and immigrants alike will take away from your book?

I hope immigrants will feel affirmed and realize that even if they are being targeted at the moment, this is part of the American admissions process. We all undergo these bizarre moments where some of us are targeted, but eventually, as Martin Luther King said, “The arc of the moral universe is long, but it bends toward justice.” And it bends toward egalitarianism and tolerance. By the time we undergo such cataclysm to arrive here, we all become one nation; we are all one nation of immigrants. Our experiences begin to overlap, and we truly become this band of people who have so much in common. It takes a similar effort and difficulty for all of us to figure certain things out to restart life here.