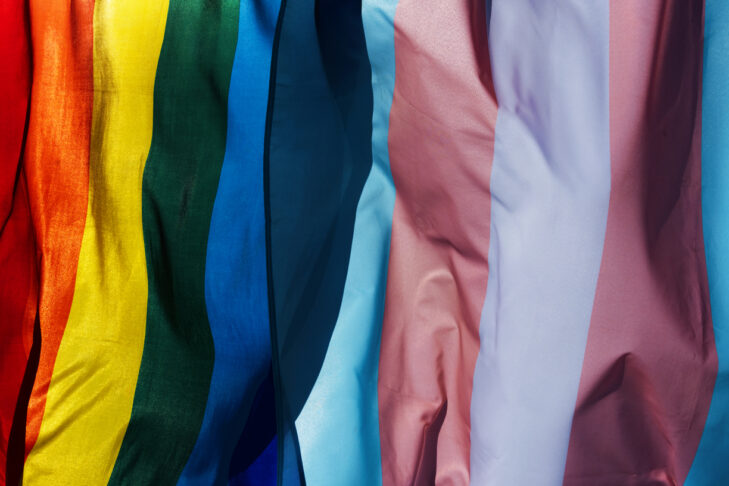 June is Pride Month. I am the mother of a gay son, and to get the most out of these 30 days, I reached out to Rabbi Mike Moskowitz to enlighten me about allyship. Moskowitz, a straight Orthodox-appearing Jew who describes himself as “religiously non-conforming,” is the scholar-in-residence at Congregation Beit Simchat Torah in New York City, the world’s largest LGBTQ Jewish congregation in the world. He is also the editor of the new anthology, “Chaver Up! 49 Rabbis Explore What It Means To Be an Ally Through a Jewish Lens” (the Hebrew word chaver loosely translates to “friend”).

The essays in the volume are inclusive and diverse, addressing allyship with people of color, disabled people, LGBTQ people and seniors. The roster of contributors is similarly impressive. Those from Massachusetts include Rabbi Sara Paasche-Orlow, Rabbi Darby Leigh, Rabbi Rachel Barenblat and Rabbi Dan Judson. 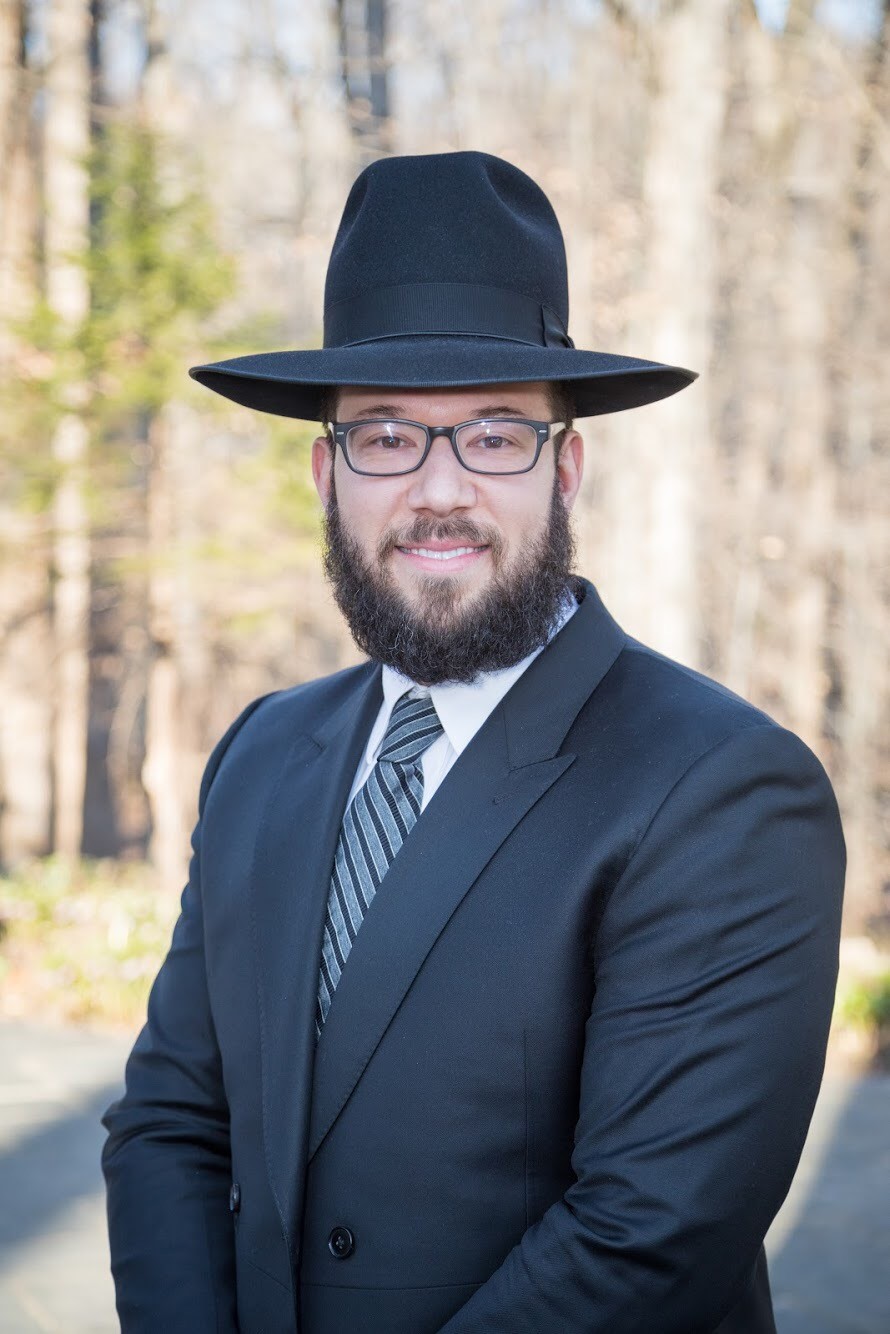 Moskowitz said he asked people “from across the Jewish spectrum” to write for the anthology. “We wanted to model inclusivity and attempt to offer a platform of what allyship can look like for different people and identities,” he said. He noted that the goal of assembling the anthology was “to come together for a unified purpose for the greater good and to embrace commonality and individuality.”

I cherish my natural and loving connection to the LGBTQ community. Yet I’ve stumbled on more than one occasion in my allyship. I have angrily walked away from people who blow dog whistles, make blatant homophobic comments or ridicule trans people. It feels almost counterintuitive to say this, but I have no tolerance for anyone who derides or defames my son’s LGBTQ community.

Moskowitz listened to me. He’s gentle and kind and empathetic. But he is also firm in his perspective: “The only time to walk away from another is after we’ve exhausted all of the opportunities to bring the person closer,” he said. “Engage the person—ask them why they are threatened by people who are not straight. Show them wonderful couples of the same gender, talk about their beautiful families.”

I promised him that I would try to recognize that even incremental change is a victory. “We need to dismantle unsafe spaces,” he said, “and do a reckoning as a community.” Then he asked a question that is so true and right that it stunned me: “How did we allow this systemic dehumanization to become part of the culture?”

I don’t know the answer, but I want to help find the solutions.

“Engage,” said Moskowitz. “Be authentic with others; bring what is uniquely yours to the table.”

Here are more highlights from our conversation. 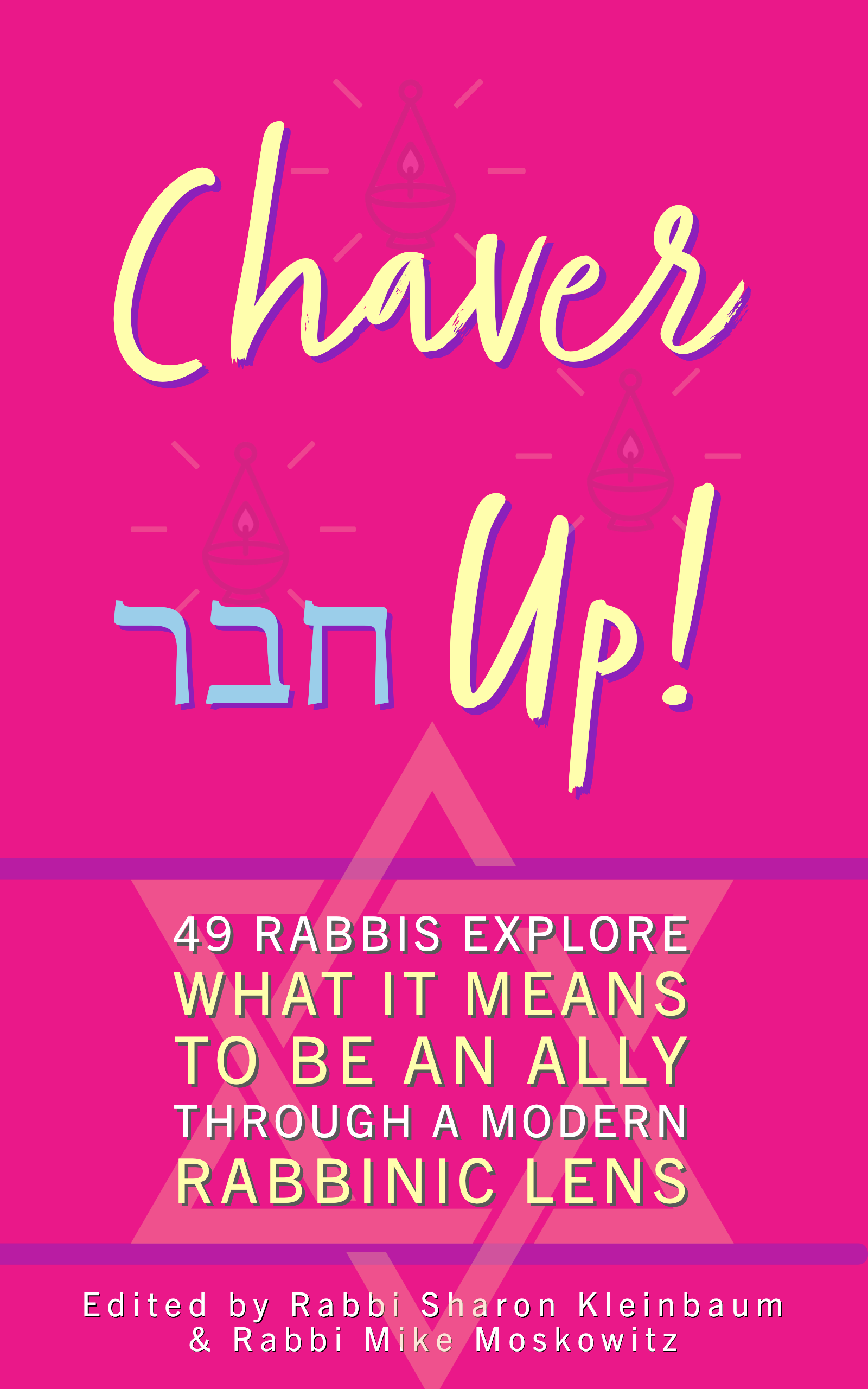 On how to be an ally:

“You can’t help a person if you don’t know what you bring to the table,” Moskowitz said. “We have to be aware of our privilege, resources and ability to contribute. We have to understand the needs of people around us and not around us. To be in proximity to one’s own lived experiences, we see our humanity tied up with that of others. It becomes an internal drive to take care of all God’s children as if they are our siblings and we want to have a relationship with them.”

On modeling allyship in “Chaver Up”:

“Rabbi Sharon Kleinbaum—my co-editor and Congregation Beit Simchat Torah’s senior rabbi—and I wanted to model what the reunification of our people looks like. Allyship is a functioning of coming together as one person with one heart. It is attaching oneself to another person and understanding the necessity to be in a collective to understand the others’ needs. The representation in the book is as diverse as our people in terms of color, disabilities and identities. We asked people sensitive to these issues—people who reflected that diversity—to contribute to the anthology. The contributors wrote about what they were passionate about and what moved them.”

On the definition of an ally:

On the future of the LGBTQ movement:

“I’m very optimistic. The modern LGBTQ movement is 50 years old. The movement is having some of its best of times now, but there is still a lot of work. There is no substitute for personal relationships, proximity and listening. When we have deep conversations with those who can use our support, we understand with greater sensitivity better ways to do that.

“Allyship is not a one-direction modality. We can receive allyship as we offer it. It’s easy to hate and to fear people we never met or things we never experienced. Like Joseph’s brothers, it’s easy to dehumanize from afar. It’s easier to get to know someone and realize later that they are in the LGBTQ community. But the color of a person’s skins carries immediate prejudice. There’s also been a shift in the Orthodox world. Everyone knows someone in their family who is a member of the LGBTQ community.”

On why he does this work:

“The most significant moment of our unity as a people was at the beginning of receiving the Torah. We singularly camped as one people at the foot of the mountain. One person; one heart—allyship—creates these idealistic images. Instead of being reactionary to the dysfunctionality and brokenness of the world, we can offer up a beautiful image of what we can be in humanity.

“Going out of Egypt, we were a broken and dehumanized nation on the brink of losing our identities as humans. Yet in 49 days, we transitioned to a deep level of purity and holiness worthy of Divine revelation. Asking people to change the world and being agents of that change is emblematic of that experience.

“The work is also personal—someone in my family transitioned. The emotional component was initially overwhelming and expansive. But compartmentalizing that experience enabled me to see a long-term, more cerebral way to think broadly about how to be impactful and change the world.”