Painful though this will be, I have decided that she is right. I do this not so much to preserve my own story, but rather that my brothers and sisters will not have perished with their stories untold. I risk feeling again the tormented sleep on an open field with one, thin blanket between me and the sky. My stomach will again be gnawed away by the constant hunger.  I will see the German planes over Warsaw and hear the explosions of bombs. Will those who read of my life be ready for the lice, the humiliation, and the never-ending fever and chills of malaria? Will they understand that it is possible to lose one’s mother two times?  Should I describe the beatings that put Sevek at the edge of death, or the cold that seeped into my bones and never quite left? They tell me I am to ‘bear witness,’ that I ‘have an obligation.’   So be it.  It was beshert, meant to be that I live the life I’ve had, and I suppose beshert that I now write what I remember:

We lived in Warsaw in a tiny fourth floor apartment in an old tenement building on 54 Nowolipki Street. That apartment comes back to me in my dreams. I see the eight of us living in one room, although in reality I could never have seen this; I was a one year-old baby.  The First World War had not yet ended when my thirty-six year old father died.  It was a sudden death from something as simple as an ear infection.  When I was older, I remember going with mother to the cemetery. A cut down tree trunk marked his grave.

I can not imagine how mother managed with no husband and six young children in a city ravaged by war where most everyone was struggling to survive.  My oldest brother, Adek, was twelve at the time father died. It was a blessing that the owner of the textile factory where father worked let Adek take father’s job. I am sure that it was thanks to that owner’s generosity that we survived that first year, as well as later on. My twin sisters, Pola and Sala, were eleven, and as hungry as we were, Mother did not have the heart to send them off to work. That this was not the case with other parents says so much about my mother. Many children were sent to work at a younger age than twelve.  My sister, Andza, and brother, Sevek, were seven and four at the time of father’s death.

My first memories still haunt me to this day. I don’t know how old I was but I see myself with my brothers and sisters, hungry, cold, and alone in our room waiting for Mother to return. It is not difficult, even now, to feel the gnawing hunger and the cold in my bones from that day.  I sat on the edge of the narrow bed I shared with Mother and watched the door for hours, just waiting for her to come home. We didn’t know where she had gone but she had been gone all day.  My fear that she was never coming home grew stronger as darkness descended. We were forbidden to light the kerosene lamp when we were alone.  I remember how mother looked when the door opened. She was disheveled and out of breath as though she had been chased. She paused for a few seconds, walked over to me, and gave me the small piece of bread she clutched to her chest. I devoured it turning away from my starving brothers and sisters. Intellectually, rationally, there is no reason to feel guilty. I know I was too young to be accountable. But, in my heart, I ask myself over and over, how could I have eaten this piece of bread and not shared even a bite?

Regardless of how little money she had to feed us, mother secretly saved for the whole year to make sure we had a proper, religious Passover. She made sure we understood the importance of this holiday, and of celebrating the Exodus of our people from Egypt. Today, when I contemplate Mother saving like this, in view of the fact that on many days we had practically nothing to eat, I am struck by her devotion to her faith.

At age 50, after working in a factory all day long, Roma Talasowicz-Eibuszyc enrolled in night school and soon became fluent in English, was able to get a job in a bank, persevered and never gave up, and always tried  to better her situation.

In her youth Roma joined the Bund movement. Their philosophy had a great impact on her way of thinking for the rest of her life. While still in Warsaw she endangered her life many times fighting for workers rights, for socialism.

Before her death in 2006, she wrote her memoir, Beshert – It Was Meant To Be, from which this section was excerpted.

Her daughter, Suzanna Eibuszyc, translated the manuscript from the original Polish in 2007. Born in Poland, Suzanna graduated from CCNY where she took classes in the department of Jewish studies with Professor Elie Wiesel, who encouraged her to translate her mother’s memoir into English. She now lives in Calabasas, CA and writes: “On the day my mother died, I opened the box containing the memoir which she had brought six years before from NY to Los Angeles.  Her handwriting, her words, connected me to her.  As I started to read her pages, she came to life. Translating and researching her story took me four years.”

All rights reserved to “Devotion to Faith.” No part of this work may be used or reproduced without written permission of the Author/Translator/Rights-Holder, Suzanna Eibuszyc. For more information about the work, write to: suzanna_eibuszyc@yahoo.com 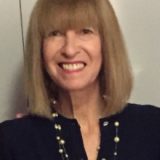 Suzanna Eibuszyc
My book, “Memory Is Our Home,” was published by an academic press, Ibidem Press, in 2015, and in Polish in May 2016, “Pamięć Jest Naszym Domem,” by www.proszynski.pl. I was born in Poland, after the war, where we lived until the late 1960s. I graduated from CCNY with a BA. At the department of Jewish studies is where I first met Professor Elie Wiesel. I received my MA from UCLA, and was awarded a grant which allowed me to travel to Poland and Israel. Meeting professor and writer Elie Wiesel made me realize the importance of Holocaust survivors’ stories. I insisted my mother write down her incredible accounts spanning some 30 years. It was after her death that I reconnected with Professor Wiesel; he more than anyone else gave me the courage to undertake the journey of writing this book. The ghosts of my childhood came rushing in and ultimately I addressed how growing up in the shadows of the Holocaust aftermath affected 2G.