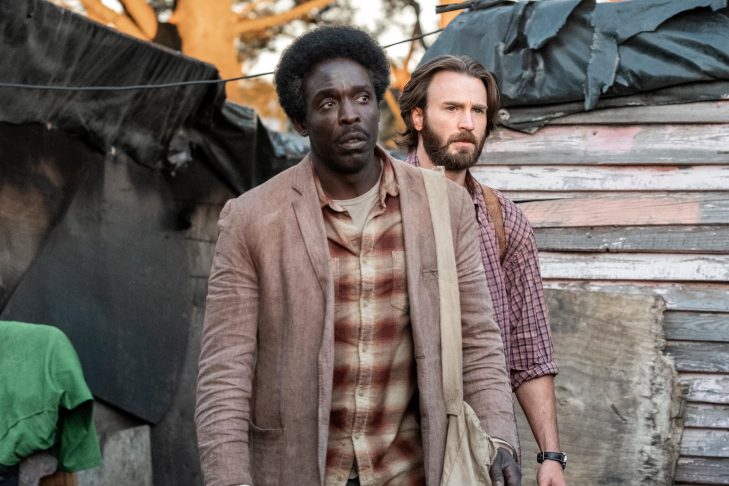 The astounding tale of Israel’s “Operation Brothers” should have been a total adaptation win for Netflix. After all, daring Israeli missions Operation Thunderbolt and Operation Finale have also been recently turned into films with varying levels of success (on a scale from “7 Days in Entebbe” to “Operation Finale”). The Mossad’s rescue of 8,000 Ethiopian Jews (the Beta Israel) from violence and famine during the 1980s via a dilapidated snorkeling resort is a bonkers true story. Yet the filmmakers somehow manage to undercut the most vital and unique parts of the story, turning “The Red Sea Diving Resort” into a vapid caper, a perplexingly Frankensteined amalgamation of silly action movie dialogue and underdeveloped characters, which serve to obscure what made the real mission so compelling and audacious.

The cast plays mainly to type or, in some cases (looking at you, Ben Kingsley) just play themselves, with whatever accents they brought with them to set that day. The big draw here is obviously Chris Evans, Jewish star necklace nestled comfortably in his chest hair, doing push-ups and pull-ups in more scenes than really make sense. Evans plays Ari, the maverick idealist, a real Captain America who would “never leave a man behind.” He’s so dedicated to helping humanity, of course he doesn’t have time for his wife and child! In an early scene, after being told by Mossad boss Ethan (Kingsley) that nobody can help the Ethiopian Jews, we see Ari come up with a highly implausible but brilliant idea: He’s going to convince Israel to buy the abandoned Arous Holiday Village in Sudan on the Red Sea, then assemble a highly skilled spy team to “run” the resort. The resort would really be a front for smuggling the Beta Israel by ship to Israel.

Amazingly, Ari successfully convinces everyone from Israeli bureaucrats to his hand-picked squad that they can do this. Bostonian Alessandro Nivola (“Disobedience”) plays Sammy, a surgeon with complexity, angst and the best acting in this film. Michiel Huisman plays Jake Wolf, a “diving expert,” but really, he’s playing a variant of Daario Naharis, his character on “Game of Thrones” (without the arakh, but with the nudity). Haley Bennett is the lone woman on the team, whose other distinguishing characteristic is her excellent chokeholds. Alex Hassell (“The Boys”) is Max Rose, the sniper who is always just trying to eat his lunch every time he is summoned to go up on the roof with a harpoon gun. 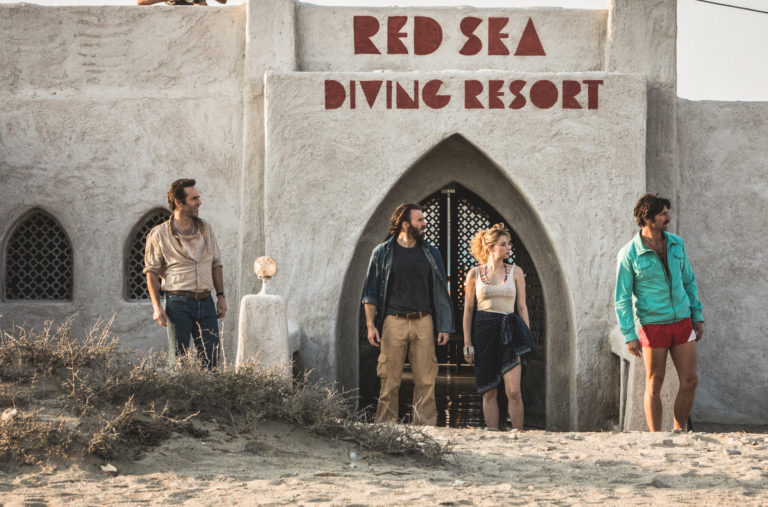 It was at this point that I began to suspect this film was playing fast and loose with the truth: None of the Israelis seemed to be wearing a T-shirt with a ripped neckline. I have it on very good authority from “Fauda” and “When Heroes Fly” that such T-shirts are standard issue for Israeli operatives. Reference your own material, Netflix!

The film does have some redeeming qualities, beyond Chris Evans existing in it and Nivola acting in it. It features some hilarious moments, both intentional (the incongruity of Max having to teach blissfully ignorant German tourists tai chi because Ari put it as an option on the resort’s promotional pamphlet) and unintentional (Ben Kingsley saying, “Well done, chaps!” while wearing an ascot, neither of which are things any Israeli has ever done). But none of this can overcome the glaring problem this film didn’t need to have: With the exception of Kabede Bimro, played by Michael Kenneth Williams (“The Wire,” “When They See Us”) “The Red Sea Diving Resort” gives us no Beta Israel characters. The Beta Israel community has a beautiful and unique place in the saga of the Jewish experience. Beta Israel hold that they are descended from the tribe of Dan, and/or the union of King Solomon and the Queen of Sheba and have longed for Jerusalem in a way that is no less powerful or important than other diasporic communities.

For the years of “Operation Brothers,” Ethiopian Jews made the harrowing journey on foot from Ethiopia to Sudanese refugee camps, and many died before ever reaching the Arous resort. Are the filmmakers, including director Gideon Raff (the creator/writer behind “Tyrant,” “Dig,” “Homeland” and the upcoming “Spy” with Sacha Baron Cohen), suggesting there was nothing interesting to say about that experience from the perspective of those who lived it? Just by looking at the IMDB page for this film, it seems the sad answer to this question is yes. Other than Kabede, listed Beta Israel characters include Mother, Grandfather, Daughter, Drowning Ethiopian Girl and Upset Ethiopian Woman. The latter, living in squalor in a refugee camp while she waits for rescue, chastises Ari by telling him what she’s suffered and lost. That’s the closest we get to digging into this experience—one line of dialogue. The reduction of the Beta Israel to nameless and faceless victims in this film is gross. This problem comes into even sharper focus with the real footage included during the closing credits: We see the Beta Israel arrive in Israel, kissing the ground, sharing traditional Ethiopian Jewish folk dances with the Israelis, who in turn share their own folk dances. None of this is in the dramatization. There is no exploration of cultural similarities and differences between these groups of Jews, reunited after thousands of years. I mean, “brothers” is in the actual name of the operation! What a missed opportunity, especially considering the ongoing complexities of the relationship of the Ethiopian Israeli community and Israeli society as a whole.

After Operation Brothers came Operations Moses, Joshua, Solomon and Dove’s Wings. The Ethiopian community in Israel has faced so many challenges and obstacles, including culture shock, assimilation and discrimination. Just last month, a police shooting of a young Ethiopian man, Solomon Teka, further highlighted the ongoing issues the community deals with. Now, more than ever, the Jewish communities of the diaspora and Israel need to appreciate and value each other. This film could have been a helpful cultural touchstone, but it was too busy showing Chris Evans doing push-ups. Come on, Netflix! You could have made a film that did both.