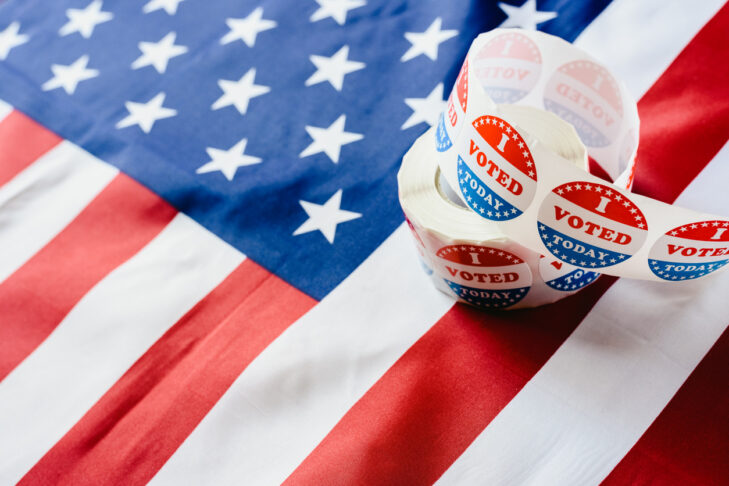 When I was growing up, voting was a sacred act. Schools were closed for the day. My mother made a special dinner, ready to be served the minute my dad returned from the office. We would eat quickly, go downstairs to meet my grandparents, and then take out the car for a short drive to the polling place in our local high school, where we were bound to meet a bevy of neighbors as we waited in line. And then came the moment when I was allowed to go into the voting booth with my mom and draw the heavy dark curtain so we could press the little levers and seal the deal with a push of the big handle that opened the curtain with a whoosh.

Why, as Jews, do we care so passionately about voting rights for every eligible individual in our country? Just what is it that draws us to engage in elections in such overwhelming numbers, and make sure that others can exercise this right? What drove 1,250 JALSA volunteers to send postcards to 160,000 people in multiple states to make sure they were registered to vote? And what compelled me to speak on the Boston Common last weekend as part of the national rallies across the country in support of S.1, the “For the People Act”?

When we look at our Jewish values, we hear the voice of Rabbi Isaac Nappah in the Talmud saying that “a ruler is not to be appointed unless the community is first consulted.” It is the people who must choose their leaders—both in ancient times and today.

We also know that a fundamental underpinning of Judaism is that every individual must be accorded respect and dignity. Being able to cast a ballot, and knowing that ballot will be counted, is a sign of how our democracy respects the humanity of voters. This is what my parents knew—that by elevating Election Day in our household, never missing an opportunity to vote—we were reaffirming that we counted as people who had a responsibility to this country to make our opinions known at the ballot box.

For these reasons, as a Jewish community, we must forcefully speak out in favor of the For the People Act. This legislation doesn’t have anything particularly earth shattering in it. It would allow for easier and more time-friendly mechanisms to register to vote, making it possible for people who work and don’t have flexible schedules to participate in our democracy. It would permit an expansion of voting by mail and early voting, which we proved in this pandemic can reliably be offered as options to the benefit of millions of voters. Simply, it would allow people to do what they are legally entitled to do anyway, just more conveniently.

We are pitched for a battle now in our country. The For the People Act would expand the vote, allowing Americans to elect leaders who will enact policies that bolster jobs, provide affordable health care, build more housing and support childcare. Yet, according to the Brennan Center for Justice, just in the 2021 legislative session, lawmakers in 48 states have introduced close to 400 laws which would restrict voting rights. The blatant effort to silence the voices of Black and brown people in our country makes these targeted attacks to suppress the vote even more repulsive, and particularly painful to those in the Jewish community who took to the streets and the buses during the civil rights movement of the 1960s.

No matter what our political views, who we are or where we live, we all should support the freedom to vote. This is a turning point for our nation. Will we be a country in which voters can safely and freely cast their ballots, have their voices heard and elect leaders who deliver on the priorities of the people who elected them?

Our Jewish values are not meant to be buried in dusty books. They are living, breathing lessons from which we determine how we conduct our modern lives. In this case, they lead us to conclude that the time is now to contact your U.S. senators and tell them to find a path to pass S.1, the For the People Act. 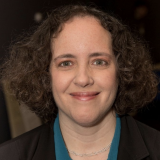 Cindy Rowe
Cindy Rowe is the executive director of the Jewish Alliance for Law and Social Action in Boston. JALSA’s vision is for a world in which every person has the opportunity to be healthy, safe and economically secure, free from the fear of discrimination.