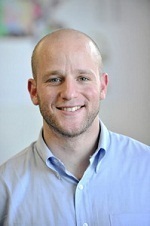 Whether you think of a “gov jock” as someone who treats politics as a sport or an athlete majoring in political science, Alex Goldstein fits the bill. Goldstein has worked his way up with Governor Deval Patrick, from field organizer in 2006 to press secretary, and since October as executive director for the governor’s political committees. When he’s not in the political scrum, he’s in the rugby scrum; he’s a founding member of Boston Maccabi, Boston’s first and only Jewish rugby team. I recently had the chance to ask Alex about his two passions. Here’s what he had to say.

You grew up in Newton with another Jew, Barney Frank, as your congressman. Do you see a connection between your politics and your Judaism?

I do. I think the notion of tikkun olam is a very political message. In it is the idea of fixing the world, which is deeply connected to what I believe the role of government is: to help people help themselves. As a Democrat and as a liberal, I see the very clear connection, and Governor Patrick believes that in a strong sense, too. A resounding yes.

You started doing field work for Governor Patrick in 2006, and the slogan was, “Together We Can.” Fast-forward two years; the president used the phrase “Yes We Can” for his campaign. Last year, the governor was reelected by reminding the voters he needed four more years to finish what we’ve started. I’ve begun hearing the refrain with the Obama ’12 committee. Is it me, or is Massachusetts the testing ground for the presidential campaign? (Nod to Obamacare.)

Well, they say imitation is the strongest form of flattery, especially when you’re starting from the ground up with very similar grassroots campaigns full of hope and idealism. Governor Patrick and President Obama share the same values in government and campaigning. The results in Massachusetts are clear: We’ve invested and succeeded in job creation, education — which has been a tremendous success — and our health care is a model for the rest of the country. It’s very flattering for us, and the governor will work hard for President Obama in the days ahead because they are the same values.

Rugby. How does a nice Jewish boy from Newton end up organizing a Jewish rugby team?

Let me begin by saying there are three things in my life that are a big part of who I am: Judaism, progressive politics, and rugby, a unique collection, for sure. Judaism, because of the cultural aspect I have been deeply connected with my entire life. Rugby, which I have played for the past decade and I love for both the on-the-field athleticism it nurtures, as well as the off-the-field camaraderie and sense of community it builds. Politics, because of the sense of helping the greater good it can instill. I see this team as being a tremendous opportunity in some ways to marry all three of these things.

Our newly formed Boston Maccabi team is a Jewish rugby team inclusive of people of all backgrounds. More important, it will be an engine for community service and bridge building with the Jewish community and beyond. We are very excited to see where this new invention takes us. We were only formed in October, and played our first game in November. It was against the Massachusetts Maritime Academy, which were full of some very athletic sea-faring men who were three times our size, but we pulled out a victory! It was very uplifting and also gave us some solid momentum going into the winter.

I feel like a thousand Jewish mothers would yell at me if I didn’t ask: Are you single?