The necessity of a virtual platform did not damper the joy of Boston’s Jewish community as it celebrated Gateways: Access to Jewish Education on a recent evening. The educational nonprofit held its annual gala, “Sweet Sounds,” rolling out the evening’s theme—“Building an Inclusive Community”—in word and song. The organization’s new CEO, Tamar Davis, was formally introduced to the community, and the Jerusalem-based Shalva Band provided the evening’s entertainment.

Founded 14 years ago as the result of a merger between two smaller organizations dedicated to special needs education and inclusion, Gateways has distinguished itself as a destination for learners of all abilities. The organization holds that Jewish education, whether in a day school, congregational setting or Gateways’ Sunday school, is a viable and absolute option for all children.

Over the years, Gateways has garnered an international reputation for helping thousands of students to achieve Jewish literacy and reach milestones such as b’nei mitzvot. It has built on the spirit of its grassroots beginnings as reflected in the innovative curricula it has created and the professional development programs it has pioneered.

In addition to working in a variety of Jewish educational settings, Gateways takes its place among CJP’s 11 partner agencies. Gateways programs are consistently implemented in day schools, congregational schools, preschools and community schools. The organization also runs a self-contained Sunday school with the help of a dedicated corps of teen volunteers assisting in the classrooms. Gala attendees heard from some of those volunteers; many of them shared they are pursuing degrees in special education due to their time at Gateways. Students and parents who have participated in Gateways’ highly successful b’nei mitzvah program were similarly on hand to praise their experiences. 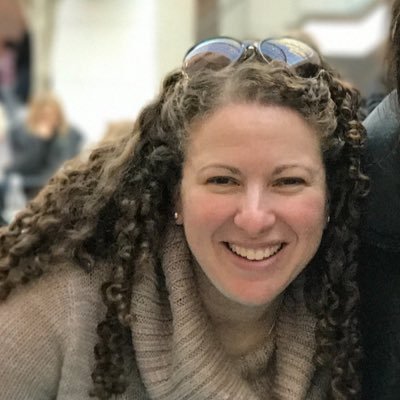 The various tributes to Gateways throughout the evening moved Davis to proclaim, “We may be in separate spaces, but we are together as a community.” Davis, who has a disability and is the mother of a child with a disability, movingly captured Gateways’ spirit as she quoted one of her mentors, the late Rav Joseph Soloveitchik: “The community is not just an assembly of people who work together for their mutual benefit. The individuals belonging to the community complement one another existentially. Each individual possesses something unique and rare which is unknown to others. Each individual has a unique message to communicate—a special color to add to the communal spectrum. Each individual contributes something to which no one else could have contributed. Each individual is irreplaceable.”

Sharon Goldstein, director of day school programs at Gateways, moderated a conversation between Mia Hyman and Avi Minder. Hyman is Gateways’ educational and behavioral specialist and Minder was a third-grade teacher at Boston’s Jewish Community Day School and is now the school’s dean of students. Both educators tracked Gateways’ successes in the day school arena. Over the past decade, Gateways has notably helped thousands of children complete a Jewish day school education.

The evening’s headliner was the Israel-based Shalva Band, whom Davis, in an interview with JewishBoston before the gala, described as “on message for Gateways. We talk about inclusion, and to see it in action with the Shalva Band is a powerful message.”

Eight highly accomplished musicians, each of whom has a disability, comprise the band. The group’s promotional literature describes it as a “band that takes listeners on a cultural journey using music as a language to unite people of all countries and abilities.” Associated with the Shalva National Organization, an advocacy group in Jerusalem for people with disabilities, the band is at the forefront of Israel’s music scene and has performed on international stages. In 2019, the band advanced to the finals of the Eurovision song competition. As Shalva’s founder, Kalman Samuels, wrote in his memoir, “The Shalva Band has always had one goal—to create social change via their music, and their astounding impact is achieving precisely that; inspiring the world to take note and rethink disabilities and inclusion.”