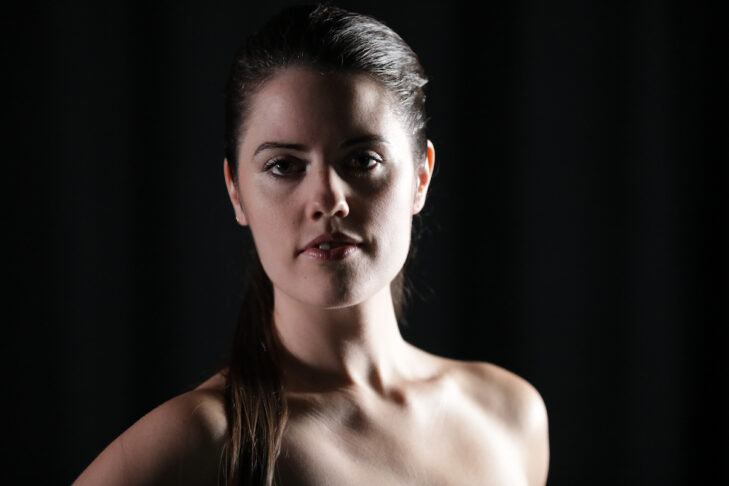 How does one create a sense of identity and belonging in a Jewish community? For some, it’s attending a Jewish day school, logging on to a virtual Shabbat candle-lighting, or, in less-complicated times, gathering friends and family around a seder table.

Arts and culture are another powerful way of creating Jewish identity as well as a catalyst for Jewish connection, though one which traditionally has received less attention.

CJP recognized the critical importance of arts and culture in 2019 after meeting with community members from across Greater Boston. Many noted how Jewish arts and culture needed a more prominent place in our community, one more fitting to their role in creating and shaping identity.

Enter the 2021 Arts and Culture Grants. This month, CJP will award $100,000 to support 11 initiatives and creatives who will embark on a year of projects that include public art installations, documentary film, dance, poetry, and music. These first-ever grants are creating a buzz among artists, many of whom have faced myriad challenges for the past year.

The grants also represent a significant investment in the field, not just for CJP, but in the context of the arts generally. Several area artists mentioned the difficulty in obtaining support for their work, particularly amid the pandemic.

“We’re thrilled to be a catalyst for Jewish arts and culture in Greater Boston with these grants. These projects represent an exciting opportunity for our community not only to support local artists, but also to generate conversations about important topics,” said Sophie Krentzman, CJP’s director of arts and culture.

Krentzman said those topics include several projects that explore the diverse perspectives of Jews of color, Mizrahi Jews, and other often under-represented members of the Jewish community. The artists’ work will include film, podcasts, theater, visual arts, and dance. Projects are live, virtual, or recorded. Several grantees will use the experience and trauma of the COVID-19 pandemic to inform their work and help the community understand and process the events of the past year.

Amy Geller, a filmmaker who received a grant to help fund a documentary about rabbis in the civil rights movement, said the grant represented a major step forward in CJP’s commitment to the arts.

“As a filmmaker who cares deeply about Jewish identify and expresses it in my work, I am honored to be an inaugural grant recipient,” Geller said. “It’s thrilling to see CJP elevating arts and culture with the grants.”

The 11 projects, when completed, will result in insightful, inspired additions to Boston’s cultural landscape.

“There are so many points of access with these projects and so many different ways that one can explore these works and gain a greater understanding of the complex narrative of Jewish life and culture,” Krentzman said. “We’re so excited to see the result of these artists’ creative efforts.” 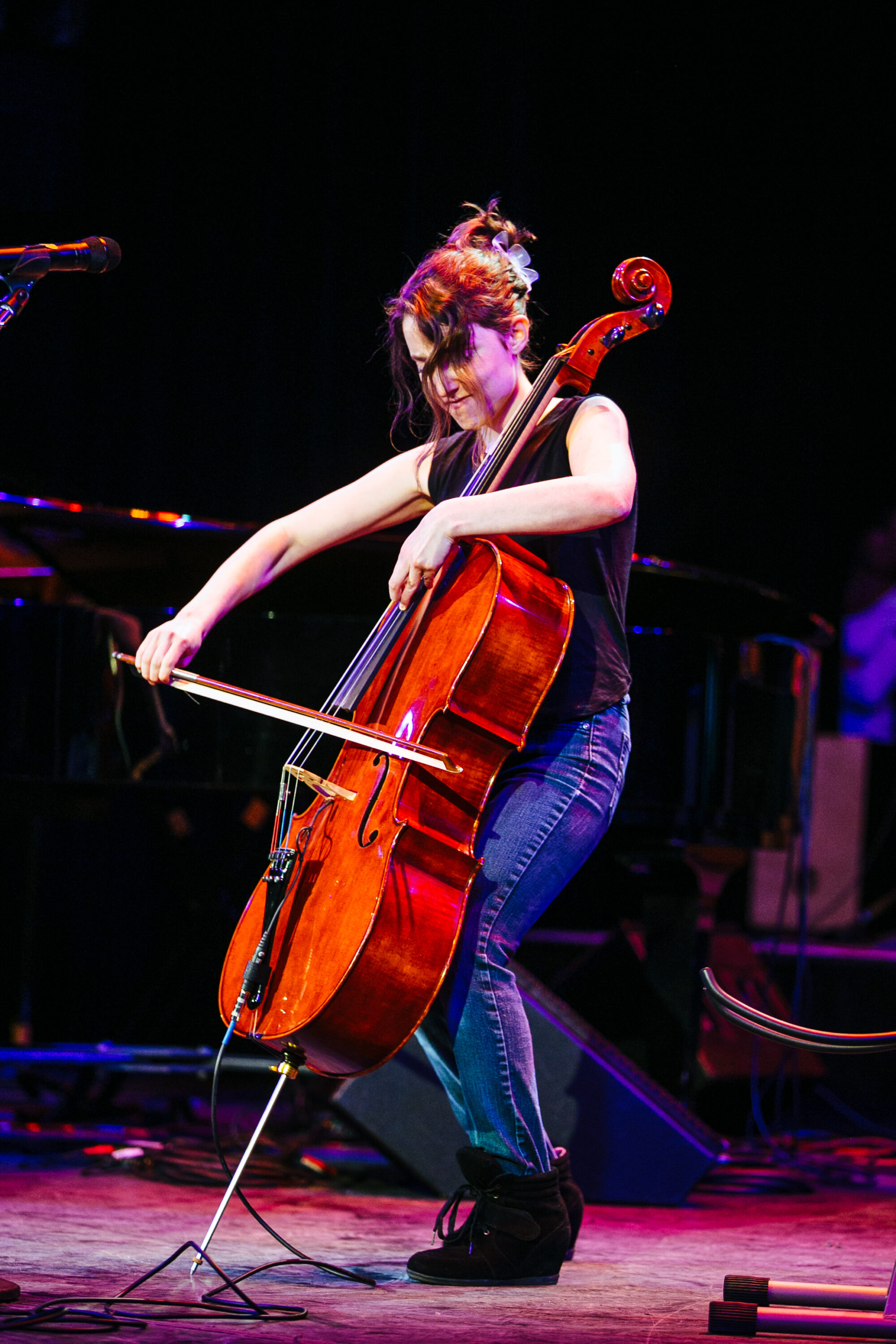 Leahy Ardon, an Israeli American artist, educator, and activist, is creating a performance entitled “Conflict Zone” centered around her personal battle with an eating disorder while navigating a new life as a newly arrived Israeli in Boston. 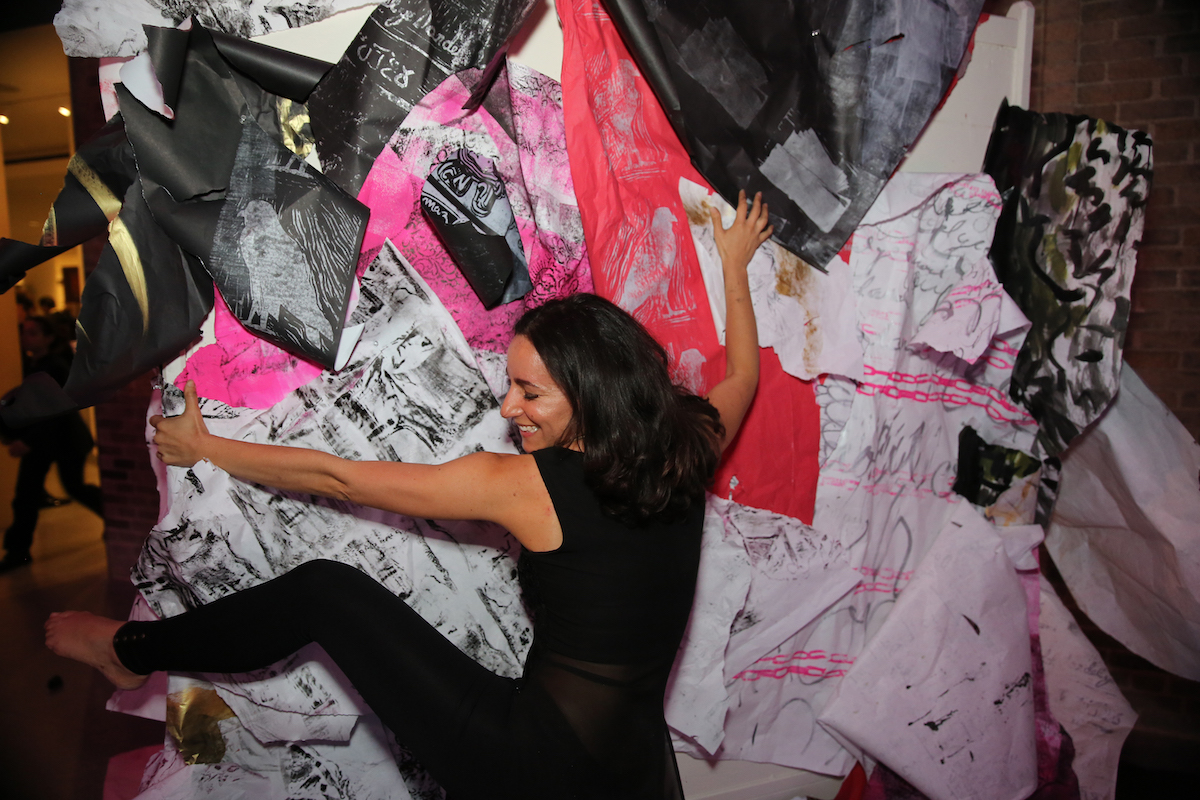 Somerville artist Ariel Basson Freiberg, of Iraqi Jewish descent, will create both a public art installation and virtual experience titled “Love + Salt” that will be a visual narrative of her family’s immigration journey from Baghdad. 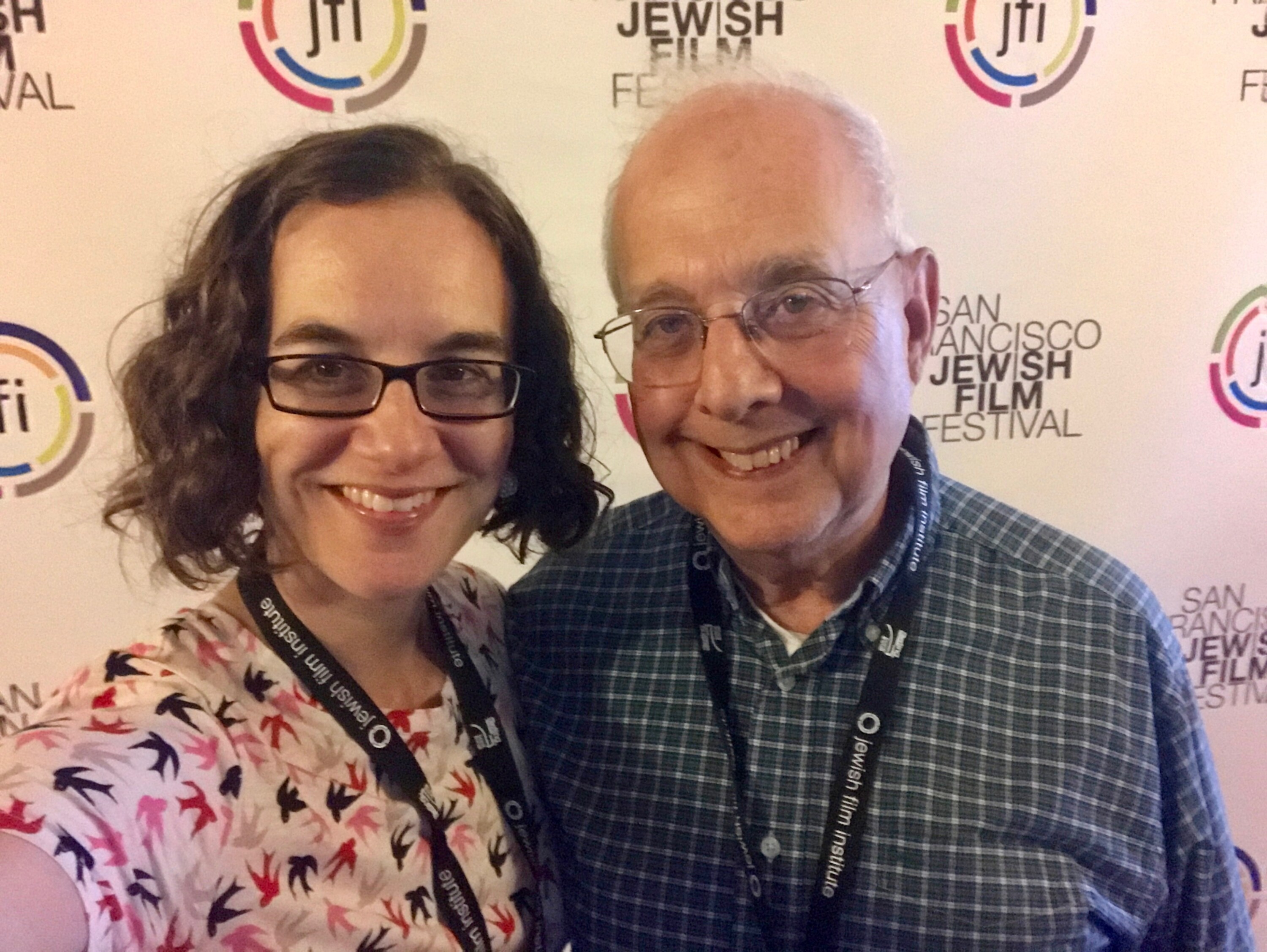 Amy Geller, a filmmaker based in Cambridge, will use the grant to help cover travel expenses as she and her husband, Gerald Peary, produce a documentary about the experiences of rabbis who traveled to St. Augustine, Florida, in 1964 at the request of the Rev. Martin Luther King Jr. to help integrate a city that was largely dominated by the Klan and a racist police department. 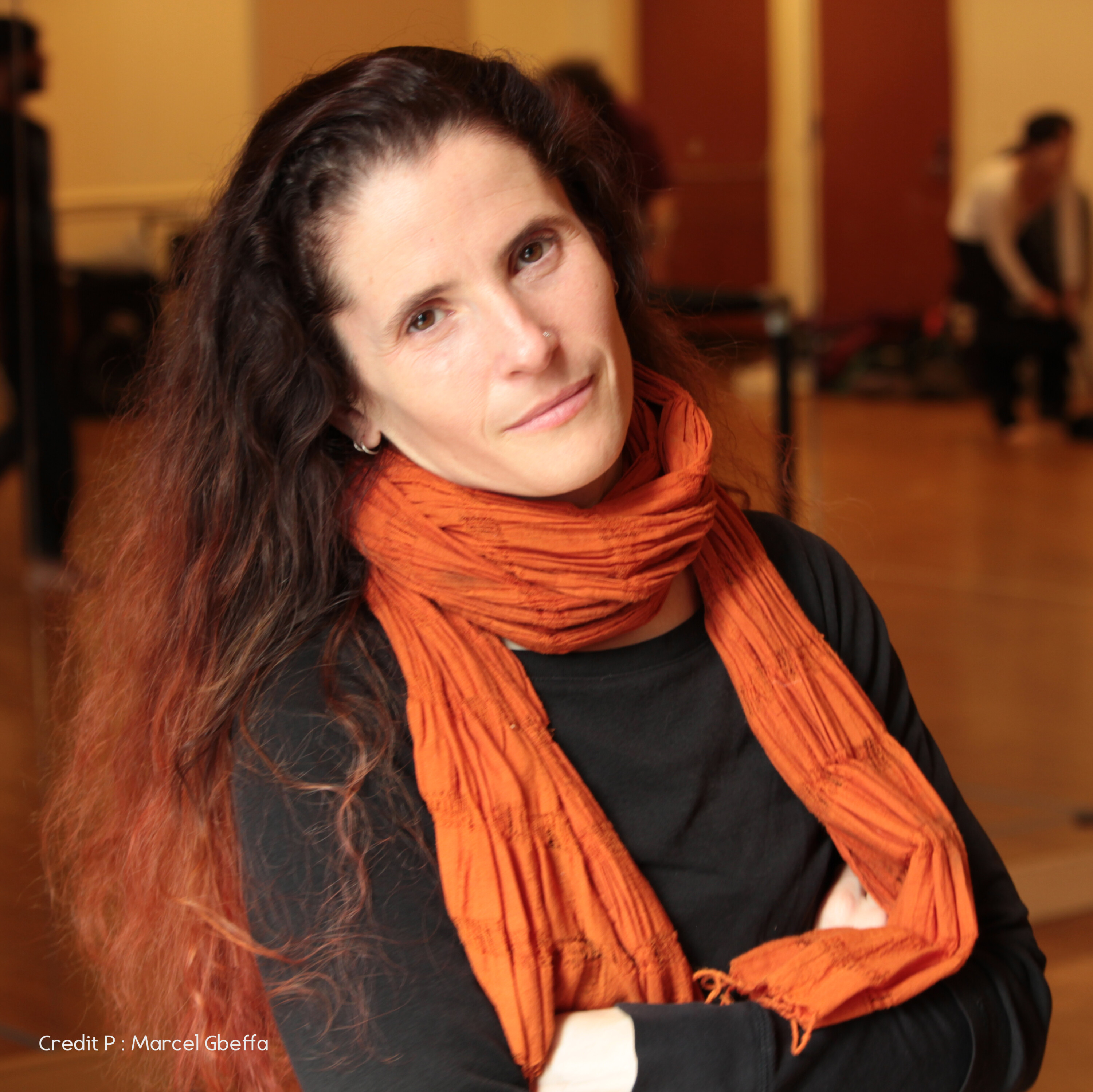 Somerville artist Wendy Jehlen will lead a group of women dancers and artists to create The Women Gather, a movement-based performance project of and for women performed by eight women ranging in age from 23 to 70. The performance will center on the idea of the Tree of Life and will engage sculptors, dancers, musicians, designers, and choreographers. 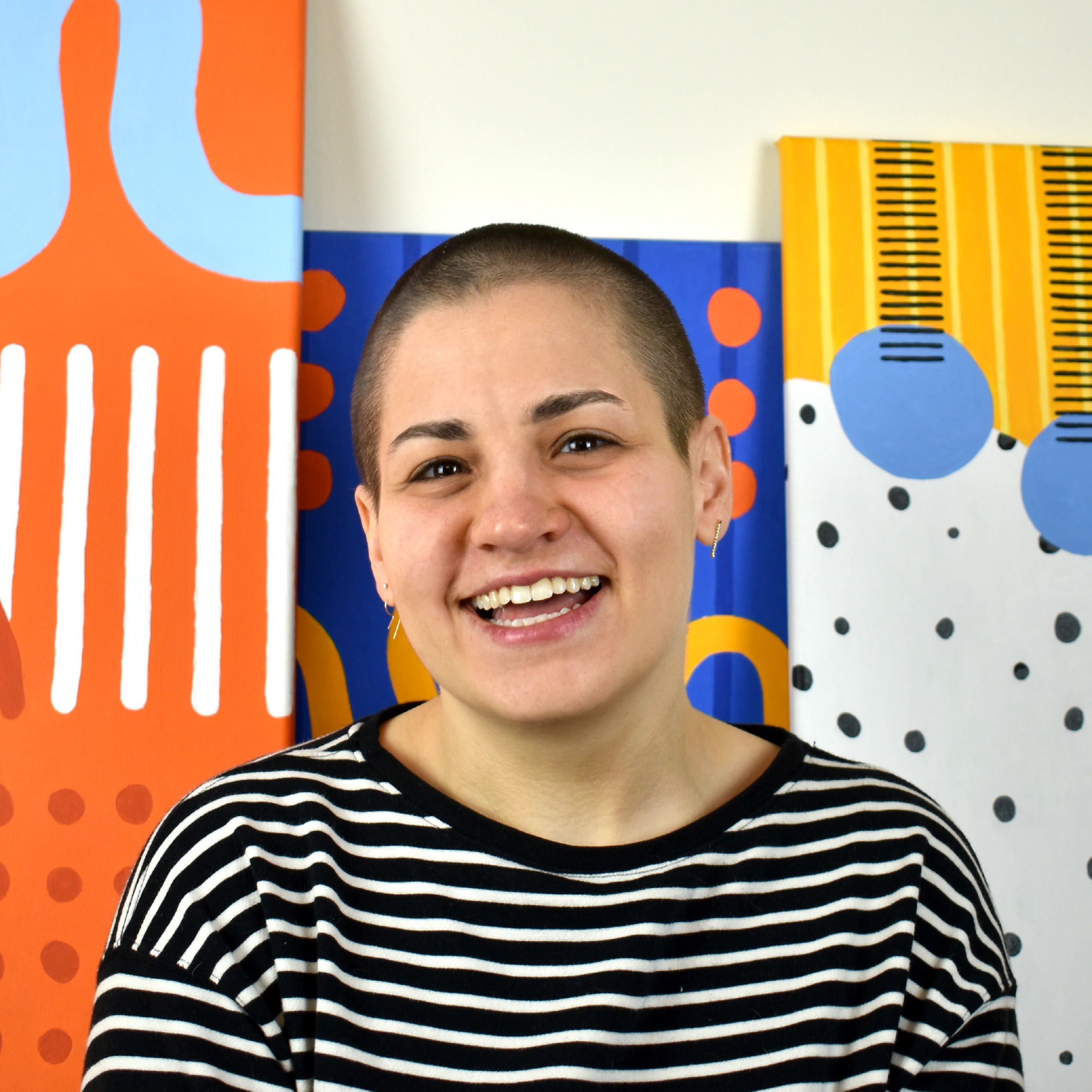 Waltham designer Tom Lerental, a recent arrival to the Greater Boston area who was born and raised in Israel, will use wall rugs depicting local flora to “focus on the conflicts between home vs. away, religious texts vs. folktales, personal identity vs. public representation and society vs. the individual.” By showing the similarity and contrast between flora native to Israel and that of the northeastern United States, Tom’s project will explore differences, similarities, and connections that mirror the artist’s personal journey. 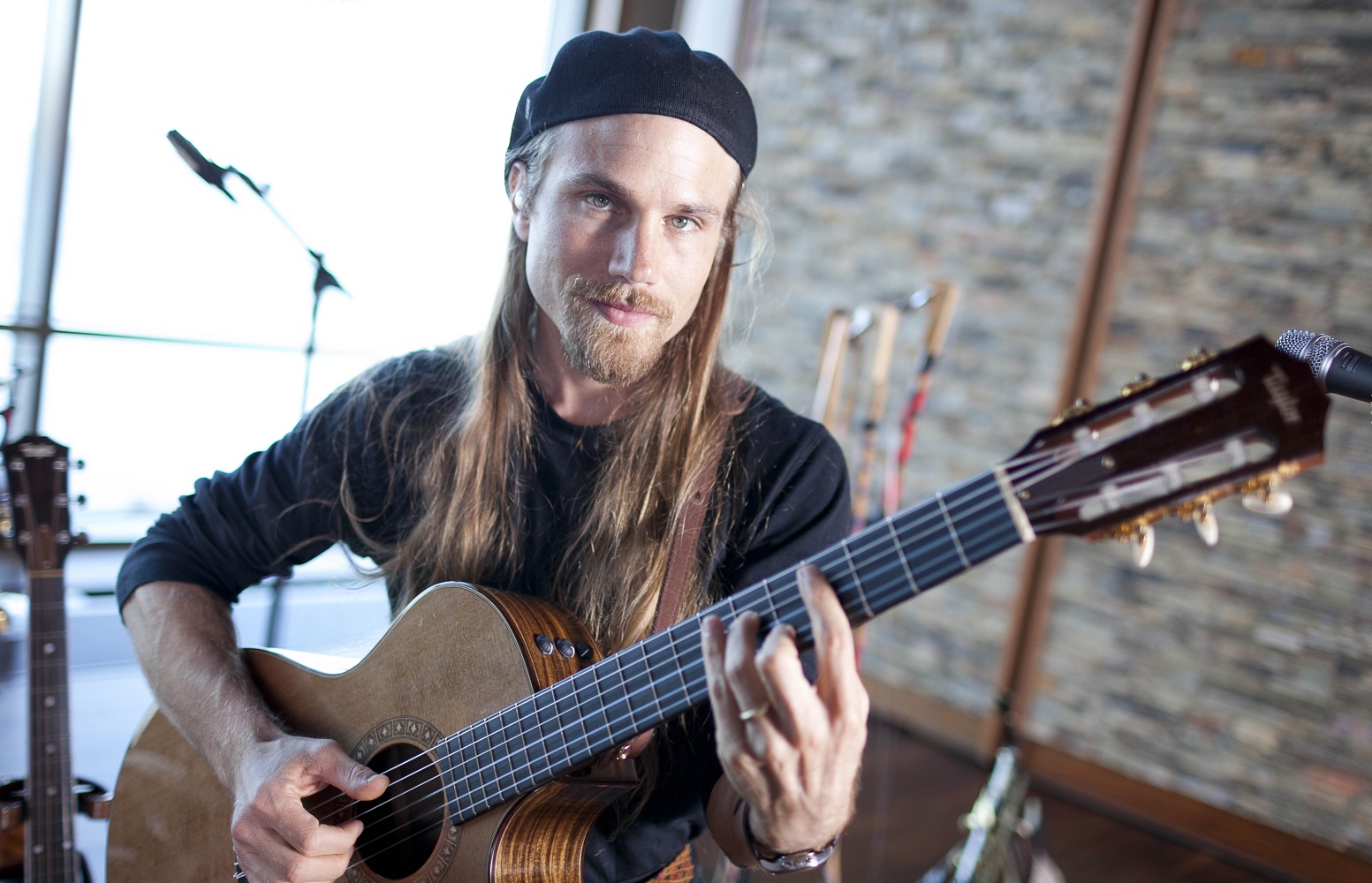 Guy Mendilow, based in Boston, is leading a collaboration with seven other vocal artists and musicians to produce a multi-episode podcast exploring themes including railroads—how they have been both tools of innovation and enablers of oppression and horror targeting the Black community, Armenians, Jews, and others. 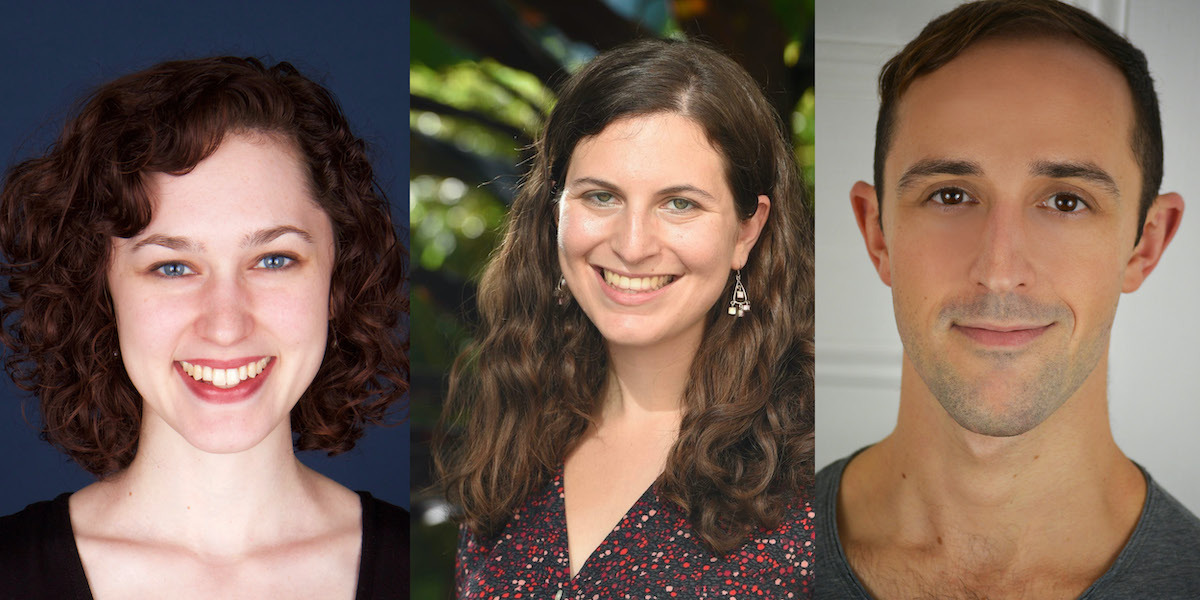 Boston artists Sarah Plotkin, Rebecca Powell, and Jesse Garlick will collaborate to create music, dance, and storytelling to complete “Coming Together,” a virtual, community-engaged theater project that explores the meaning of Jewish community, how we build it, and how it has transformed during COVID-19. 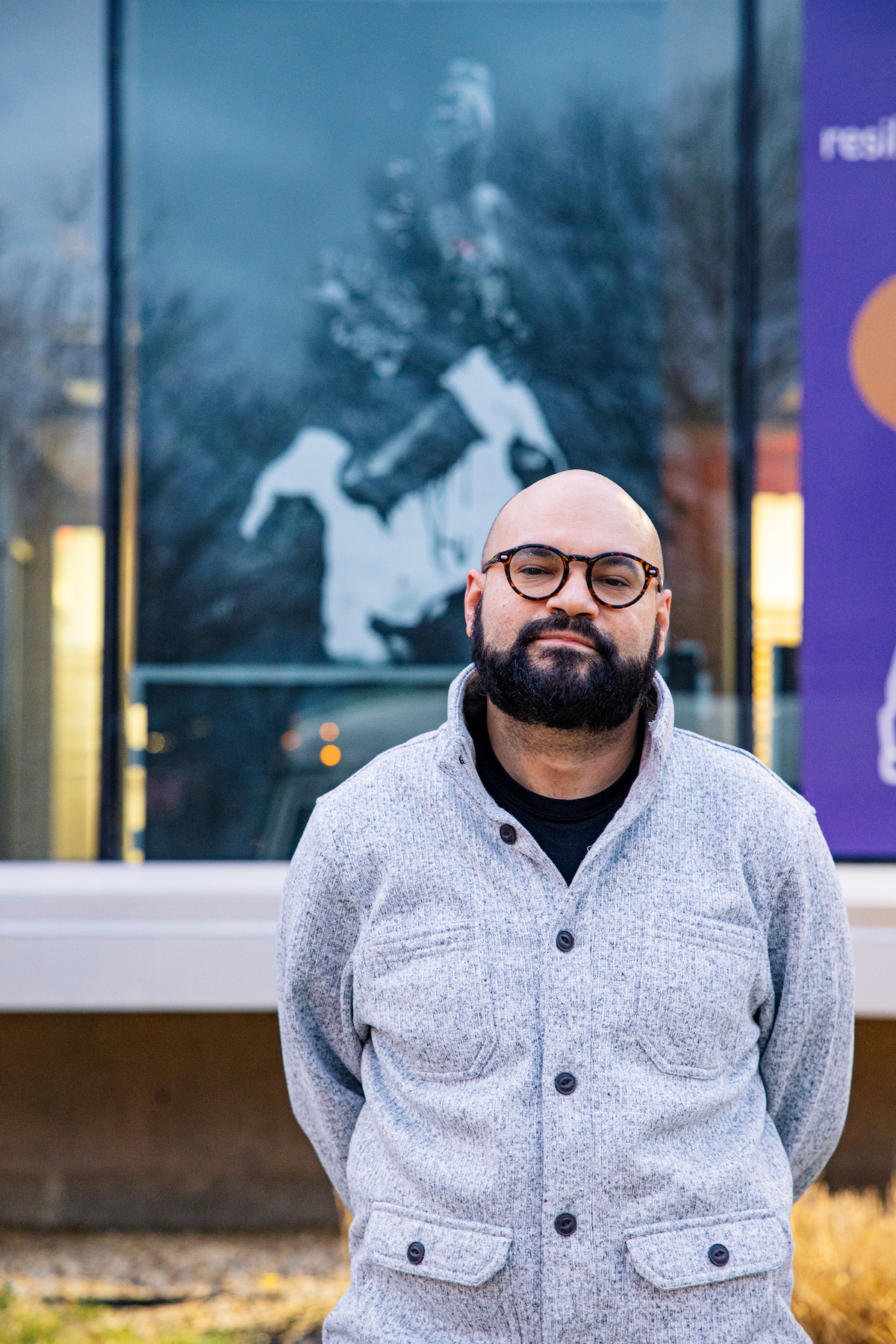 Anthony “TJ” Reynolds, an Arlington artist, musician, and educator, will expand on interviews he conducted in 2020 of Jewish teens of color that explored the intersection of Black and Jewish identity. For his follow-up, he will create seven portraits, along with poems or stories based on what he heard from his subjects. Works will be displayed in street-facing windows and on the web. 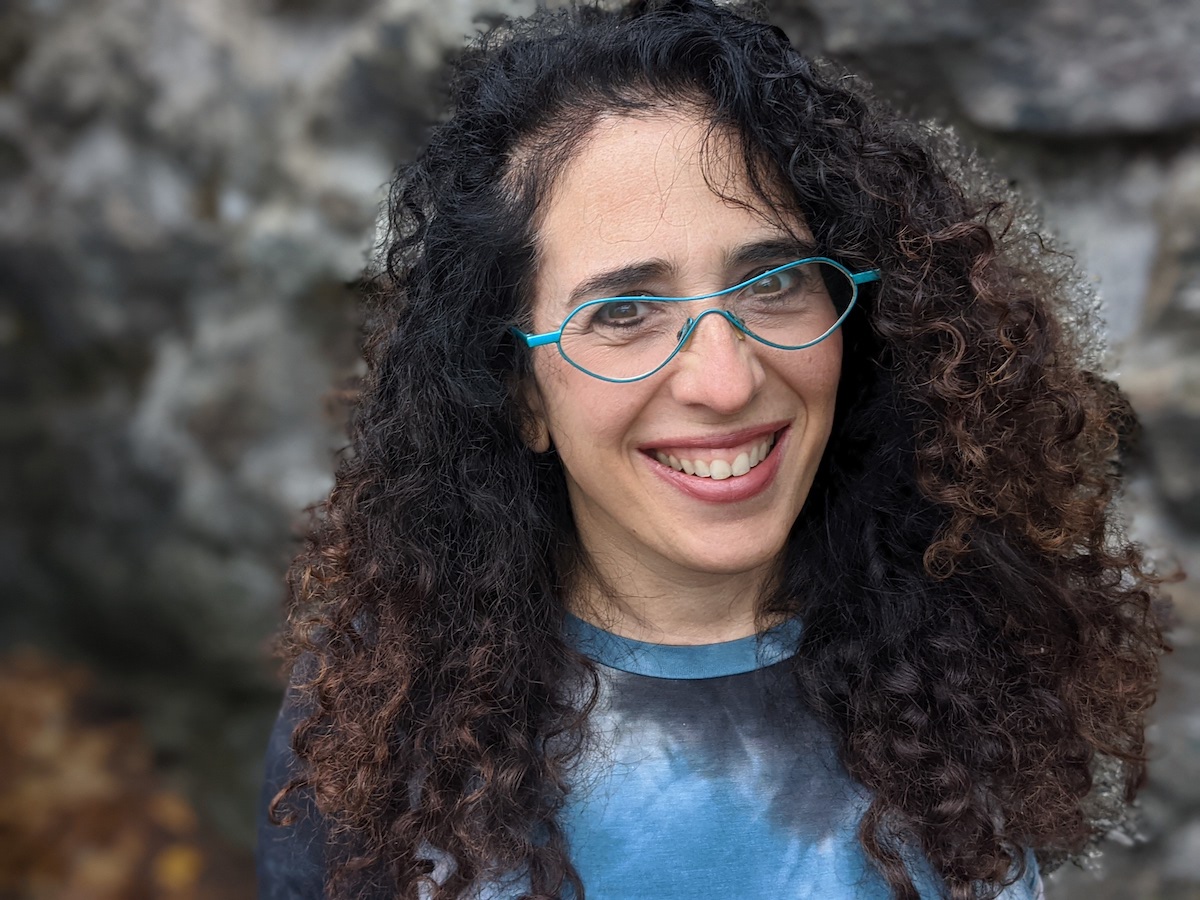 Brookline artist Shirah Rubin, inspired by the ancient jars found in the Qumran Caves that held and preserved fragments of the Dead Sea Scrolls from 1,600 years ago, will help community members create a gigantic “Wisdom Jar” containing thousands of smaller jars with the collected written contributions of the Greater Boston Jewish community. Shirah will help guide participants to write their letters through virtual workshops and will help them make their own ceramic jars through socially distant art classes. A documentarian will film her progress. 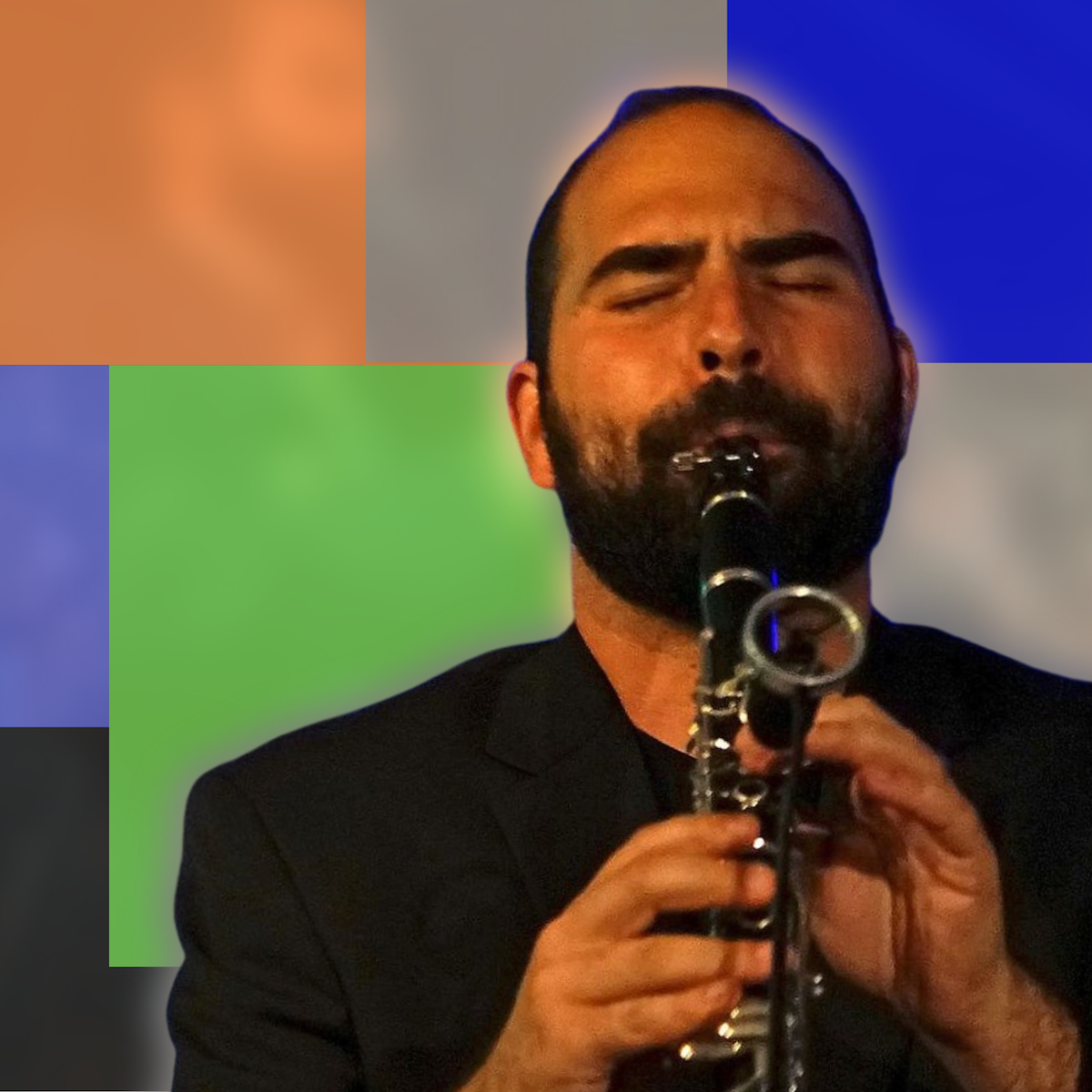 “The Wedding | Di Khassene” by Nat Seelen will engage the most vulnerable and isolated members of our community by creating a “mixed-media song cycle” featuring the voices and stories of seniors living in Hebrew SeniorLife facilities amid the pandemic. By using klezmer music and the structure of a traditional Jewish wedding, the Newton artist’s performance will help bring memories to life and help bring people together across social isolation. 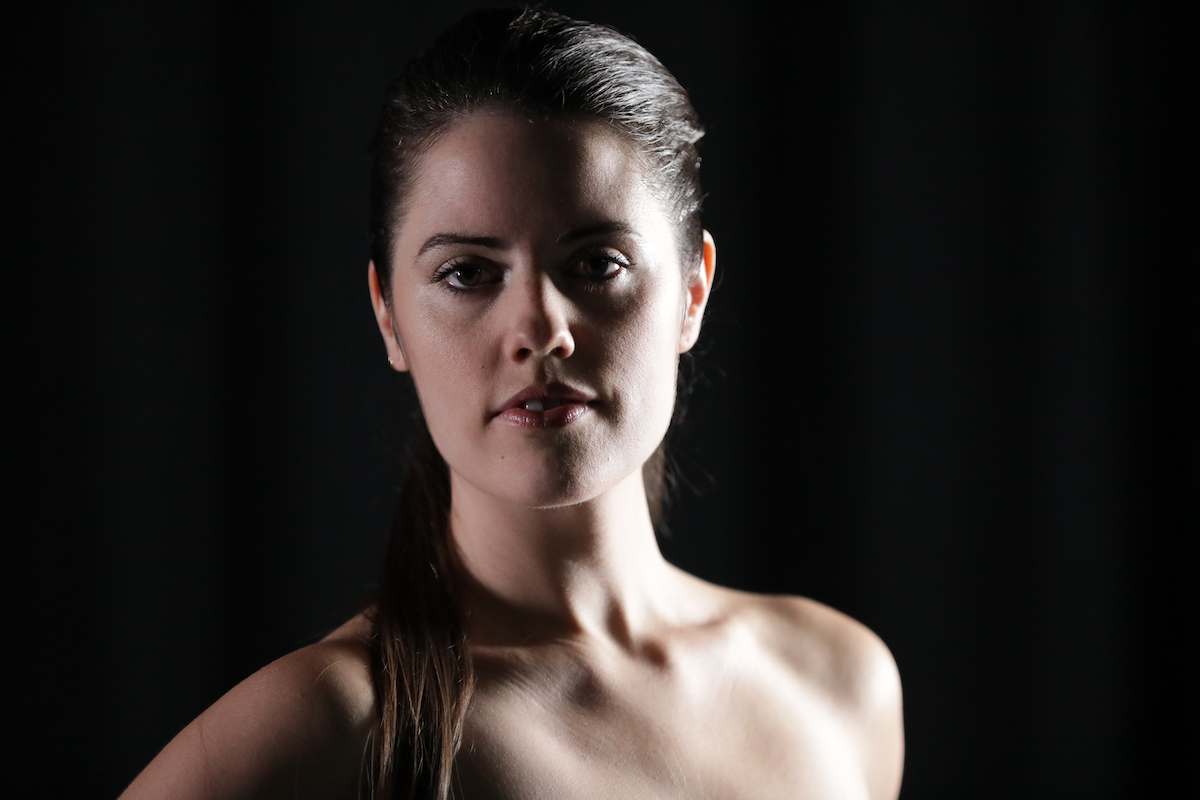