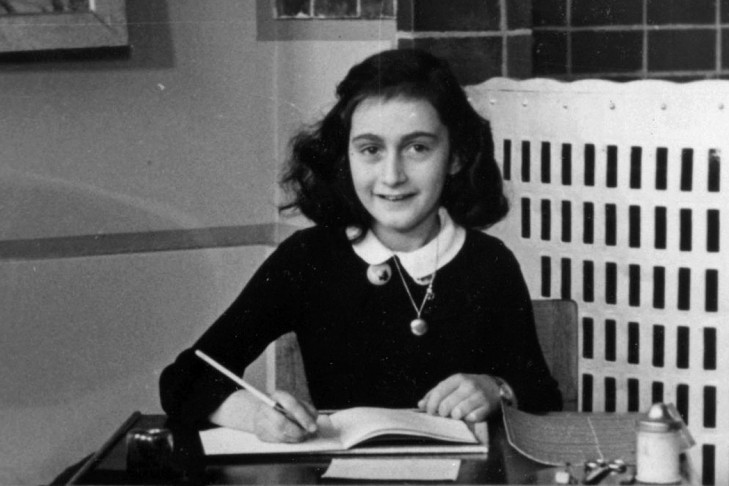 The Chilean poet and human rights activist Marjorie Agosín has kept company with the spirit of Anne Frank since girlhood. When Agosín was 12, her grandfather gave her a copy of “The Diary of Anne Frank” translated into Spanish. Now a professor of Spanish literature at Wellesley College, Agosín has edited anthologies and penned volumes of poetry, including “Dear Anne Frank.” She has also written a new book called, “Anne: An Imagining of the Life of Anne Frank.” Both of those works will be the focus of the Hadassah-Brandeis Institute’s launch of its Latin American Jewish & Gender Studies project on Thursday, Nov. 1.

The program will consist of a dramatic reading of Agosín’s book, a recitation of her poems, artistic renderings related to Anne Frank, as well as a panel discussion of Frank’s role in the Latin American imagination. In a conversation with JewishBoston, Agosín recalled how Anne Frank’s story moved her as a young teenager in Santiago. “I’ve always read [Anne Frank’s] diary for understanding and for consolation,” she said. “She was a very vibrant person who had a terrible fate. And yet she always lived with joy. It’s something that I’ve aimed to preserve and capture in my own work about her.”

Agosín sees a few similarities between her story and Anne Frank’s. Both lived under ruthless dictatorships. Agosín and her family left Chile a year before the Pinochet government took over. She was 15 years old when she arrived in Georgia at the tail end of the civil rights movement. The civil rights era, coupled with her grandfather’s advocacy on behalf of refugees from Europe escaping to Chile during World War II, inspired Agosín “to spend my adult years advocating for human rights and dignity. I’ve had this great figure in my grandfather, who always told me that one couldn’t be an accomplice. I had to do something about the many political turbulences that took place in Chile.”

Dalia Wassner, director of HBI’s Latin American Jewish & Gender Studies initiative, said the choice to feature the iconic Anne Frank as both a literary inspiration and a gateway to her project was deliberate. “In Latin America,” she told JewishBoston, “Anne Frank is frequently used as a call to conscience. It’s used educationally throughout Latin America as a way to remember the Holocaust. There is even an Anne Frank House in Buenos Aires that is connected to the original one in Amsterdam.” Agosín has a similar observation. She was recently in Santiago visiting with schoolchildren who participated in a writing contest inspired by Anne Frank’s story. In one of the schools, the Republic of Israel, a Jewish day school, the students had papered the walls of their classrooms with letters they wrote to the girl who died in the Holocaust. 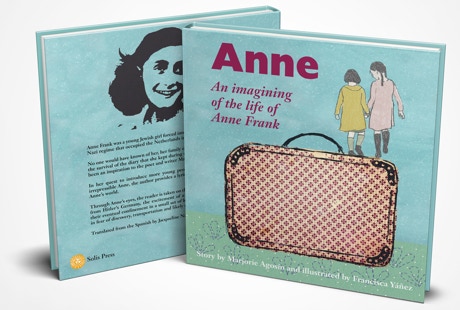 To that end, Agosín noted that “An Imagining of the Life of Anne Frank” was originally conceived as a children’s book. The book, however, is beyond literary categories. “I’m a poet,” said Agosín, “and I love to explore children’s literature. But the division between children and adults is not that important to me. I wanted to write this book for everyone. Literature is universal. I also wrote this book for the many immigrant children arriving in Chile who feel vulnerable. I wanted to share this particular story with them. So yes, it was intended to be a children’s book, but then the poetry took over.”

The character of Anne Frank, based on historical truth, narrates the book. She introduces readers to her family, the annex where she hid with her parents, sister and friends, and to her precious diary, which she named Kitty. “This diary is full of blank pages, a world yet to be conquered,” says Anne. “I will fill it little by little with my secrets. At last, I will truly have a best friend. I will call my diary Kitty and write poems across the empty sheets.”

Wassner hopes a panel discussion featuring Agosín, the book’s illustrator and a local Argentine artist will draw lines between Anne Frank’s plight and the war on terror, in which many people were “disappeared” in Chile and Argentina. “In Latin America there are so many instances of human rights abuses, discrimination against people of different ethnicities and LGBT persons,” she said. “Anne Frank is a symbol of inclusion and tolerance. Her story carries a message about the fragility of democracy and that every voice matters.”

Wassner added that with this first program she hopes to build bridges between the academy and the greater Jewish community through cultural events. She is intent on introducing Latin American Jews as part of the worldwide Jewish experience. “We Jews are united in our joint history. Our identities are connected and multifaceted,” she said. “We are exploring who we are as Jews from a global perspective, taking into account gender. Latin American Jews have rich experiences that should be explored with nuance. And Anne Frank is part of our human rights initiative.”