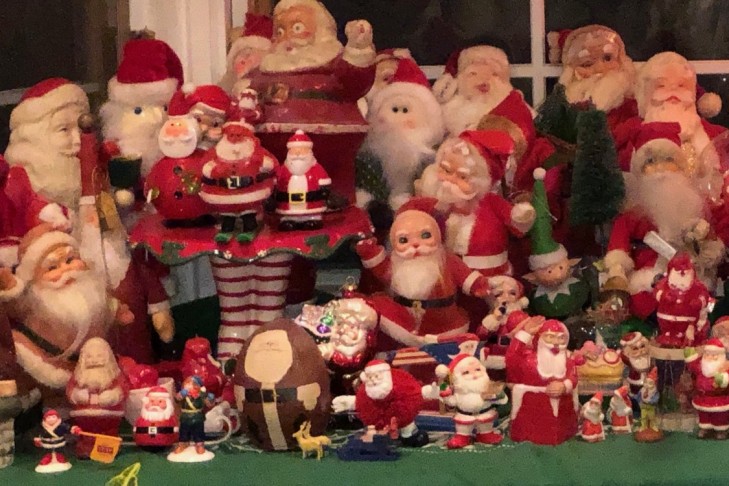 The holidays with the McDowells get weird. I know you’re reading this on a site for Jews (and presumably Jew-curious gentiles), so seeing the name “McDowell” might be a little confusing. When I was little, I wasn’t into baseball or hockey like the other kids in my neighborhood. I was into comic books, drawing and Judaism. My grandmother told me stories about the Macabees, and Ruth and Esther and Moses were as compelling as the Batman comic books I loved so dearly. I was a wise little 7-year-old. I had a million questions about God and the universe and I was dead set on figuring it out. My grandmother took me to temple and provided me with a small library’s worth of books. My parents joked that I was going to be the first-ever Rabbi McDowell.

Spoiler alert: I went to theater school instead.

Obviously, my mother has a thing for Santa Claus. But her love of Christmas doesn’t end there: My mother fights to keep the tree up long after Christmas (“At least until New Year’s” is her battle cry). My mother loves big, gigantic, four-hour-long Christmas mornings full of Bing Crosby crooning, hot chocolate and plenty of Christmas spirit. My mother also happens to be a Jew, which explains the complete absence of Jesus Christ in our Christmas.

My father grew up in an Irish-Catholic household in Delaware. Until my father went to college, the closest he ever got to Judaism was playing Tevye in an all-goyim production of “Fiddler on the Roof” (featuring a blonde Tzeitel!). He eventually moved to New York, where he met a great many Jews and then married one. Many years later, his speech is peppered with Yiddish and he insists on singing the Chanukah blessing. My Catholic dad, over 30-plus years of marriage, in many ways has somehow out-Jewed his Jewish wife.

My parents are descended from a long line of Potato People. They were poor, root-vegetable eating refugees who fled fascism and famine, who left their homes behind but brought with them their rich cultures and traditions. They set their roots in America but held on closely to the rituals that made them feel at home. Those traditions were passed on to me and my brothers through my parents and grandparents. I’m not saying we went to church or temple or were confirmed or anything; I’m saying I was one of those lucky interfaith kids who got Christmas and Chanukah.

Growing up as a kid with Chanukah and Christmas meant the holidays straight up ruled. Eight nights of presents and food and lighting stuff on fire and then a few short weeks later there was a whole other day of getting stuff from a magic man with a penchant for breaking and entering. To a little boy, and, honestly, to the materialistic man that boy grew up to be, it rules pretty hard.

The holidays at the McDowell household don’t just mean a healthy indulgence in consumerism, home invasion and arson. It also means all the weird traditions. On Christmas morning, my brothers and I would be forced to sit on the stairs and wait for our parents to “check to see if Santa had left,” which we later discovered was a way for my parents to enjoy the last quiet moments of Christmas Day. Well into our adulthoods, my brothers and I were summoned home for latkes. We honor my late Tante Ethel by consuming the same Whitman’s Sampler every first night of Chanukah. On New Year’s Day, we sit on the floor to commemorate the New Year’s when my dad threw his back out.

Our holidays have changed over the years. Brothers move away. Dogs are acquired. Girlfriends come and sometimes go. Some even become wives who get pulled into our weird traditions. This was my first holiday as an uncle to a lovely little girl. She loves the lights of the Christmas tree and was mesmerized by the Chanukah candles. From her highchair, she listens intently to the endless conversations at the dinner table. She opens presents with a seemingly supernatural celerity. She loves ringing a bell more than almost anything and does so with the most serious look on her little face. She screams randomly and laughs at everybody’s reaction.

She’s a weirdo and she’s fitting in just fine. 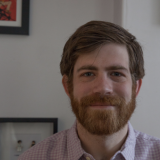