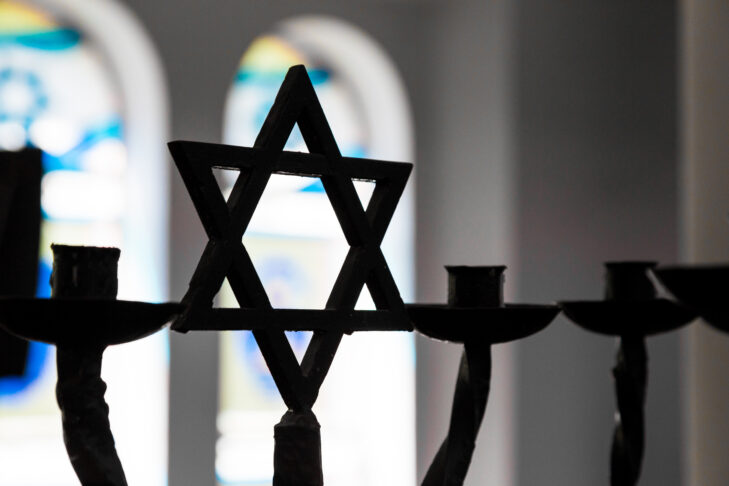 The International Holocaust Remembrance Day, which occurs on Jan. 27, is always a good opportunity for predictions and summaries regarding trends of antisemitism in the world, and this year is no exception. This year’s report, published by the Israeli Ministry of Diaspora Affairs, stresses the encouraging fact that no deadly attacks were perpetrated against Jews outside of Israel, though it was mostly because the attacks were thwarted before they were carried out, or were carried out but ended with injuries, some very serious, rather than fatalities.

At the same time, the report stresses that Jewish life in Europe is being hampered by bans on kosher slaughtering and other Jewish customs. In essence, European countries are telling the Jews that they are unwanted there. In the U.S., the Jewish community is growing accustomed to an atmosphere that resembles that of Europe, and nine out of 10 Jews are troubled by the growing antisemitism there. But perhaps most notably, online antisemitism has become ubiquitous, and conspiracy theories against Jews spread like brushfire whenever negative developments occur, and 2020 had plenty of those.

It is a very detailed report, covering more than 140 pages. But all those details cannot hide the fact that it is meaningless. It solves nothing, changes nothing, and serves nothing other than the people who wrote it. And since this report changes nothing, its writers can rest assured that next year, they’ll have a job compiling another such “alarming” report, which will be just as (in)effective.

Our forefathers were not like that. They did not blame the ruin of the First Temple on Nebuchadnezzar King of Babylon, although he was the conqueror who destroyed it. Likewise, our forefathers did not blame the ruin of the Second Temple on Titus, the commander in chief of the Roman legion in Jerusalem. Instead, they blamed both devastations—the second of which was in many ways as horrific as the Holocaust—on themselves, and their own misconduct toward each other.

Even though our forefathers knew that Titus breached the walls of Jerusalem and exiled the people, they wrote that the Temple was ruined because of unfounded hatred, because we hated each other for no reason. Even some years afterward, the great Rabbi Akiva, whose disciples wrote the Mishnah and The Book of Zohar, taught that “Love your neighbor as yourself” is the gist of the Torah.

Nevertheless, since that time onward, we have been cultivating a narrative of victimhood, that it’s not our fault that we are tormented, expelled, and murdered. Why is the narrative different? Did Nebuchadnezzar and Titus not expel and murder us? They most certainly did, so why did our forefathers place the blame with us and not with them?

The fundamental difference between Jews today and Jews back then is that our forefathers, both leaders and regular folk, knew why they belonged to the Jewish people. They knew that being Jewish does not mean superficial observance of customs, but rather an oath, a commitment to be a role model nation. They knew that being Jewish means striving to love your neighbor as yourself, forging mutual responsibility within the nation, and setting an example of unity above divisions for the world to see. Back then, we had countless disputes, as we do today. But back then, we knew we had to keep our nation’s unity above the rifts, whereas today, we vilify each other for not admitting that we are right, and hunker down in our opinions.

Nothing has changed since the inception of our nation. We are still beaten when we beat each other, and succeed when we unite. Until we learn this lesson, organizations and offices will continue to publish pointless reports that no one cares about besides the people who make a living writing them. These reports will not prevent the next cataclysm, but our unity will. The choice, as always, is in our hands.