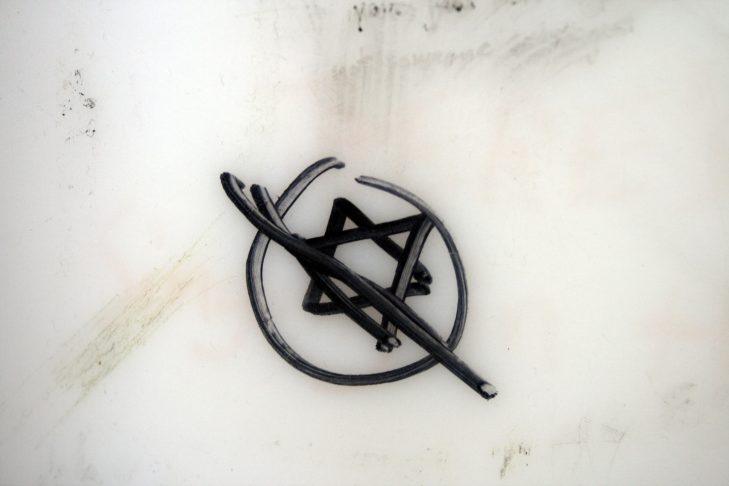 Over a thousand years ago, the medieval Jewish poet Yehudah HaLevi penned a timeless piece of Hebrew verse from his perch in Toledo, Spain:

You can find a variety of translations of this poem, but this one does the job for me:

My heart is in the East, and I am at the end of the West—
How can I find savor in food? How shall it be sweet to me?
How shall I render my vows and my bonds, while yet
Zion lies beneath the fetter of Edom, and I in Arab chains?
A light thing would it seem to me to leave all the good things of Spain—
Seeing how precious in mine eyes to behold the dust of the desolate sanctuary.

All translations are subjective and imperfect, but people have a lot of opinions about the word “Sof” (which I italicized) in this poem. Here, we go with “end,” but I usually see “uttermost,” sometimes “edge,” more creatively “far reaches,” but let’s keep it simple. The BDB likes “end” and so do I.

HaLevi’s words are eternal. Written in exile, looking eastward from Spain and backwards a thousand years, and yearning for a return to the homeland, he knew that just gazing upon the ruins of Jerusalem would be a superior life to one spent living under Moorish rule. Also, as far as he knew, he was at the end of the West. The world was flat, and he was as far away from Jerusalem as he could conceptualize; had he gone any farther west and he would have fallen off the end of the earth.

To paraphrase another great hero, if Jerusalem was the bright center to the universe, he was on the planet that it was farthest from.

Today, the world isn’t flat, but it sure feels like we’re careening towards and off the edge of something.

In the aftermath of Netanyahu’s electoral victory, I have listened to not a few laments about the end of “the Israel I know and love” and hot takes like that, and sorry, but I don’t see it. This is neither the end of Israel, nor the end of Israeli democracy. Just because some of us wish Israel to be different than it is will not make it so. I can accept that, others cannot. And, news flash, it is still possible, and critical, to love a country even if you dislike the democratic outcome of its election. Especially one that was created to save you when you have nowhere else to go.

Speaking of that inconvenient truth, did you catch the horrific SNL open on Saturday which packed all of the antisemitism you could possibly need into six short minutes? Also, hard to miss Kanye and Kyrie (and their defenders), anti-Jewish signs on interstate overpasses, Hitler costumes at college parties, swastikas and graffiti in Stoneham and across the border in Exeter and Hopkinton, an FBI warning about threats to synagogues in New Jersey, and everyone “just wondering” about Jewish power on the morass that Twitter is rapidly devolving into. This sure feels like the end of a few things American Jews take for granted.

For me, my heart is always in the east, and there’s been a pretty significant lurch towards the end of the West recently. For HaLevi, that was metaphorical and geographical. For American Jews, it’s getting all too real. We are the canaries in the coal mine and it’s getting a little dicey.

I’ll be thinking about that as I google real estate listings in Haifa and Modi’in.