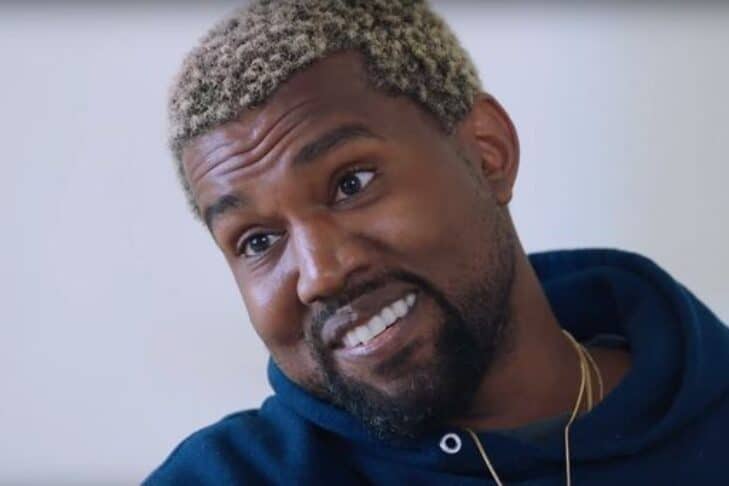 Over the past month, Kanye West has made multiple controversial comments about Jews. In a particularly notorious example, he tweeted, “I’m a bit sleepy tonight but when I wake up I’m going death con 3 on JEWISH PEOPLE,” which the media has interpreted as a reference to the DEFCON 3 military preparedness system.

When celebrities make antisemitic comments, the consequences are magnified dramatically through the number of people they can influence, including white supremacists on the fringe who become emboldened to air similar views—or worse, act out violently, according to experts in the Boston area.

“It’s getting to be a greater issue, in particular because of celebrities who have huge social followings,” said Peggy Shukur, deputy regional director of the Anti-Defamation League.

She referenced a Nov. 4, New York Times article, “Between Kanye and the Midterms, the Unsettling Stream of Antisemitism,” which noted a troubling statistic: West’s Twitter following exceeds the global Jewish population.

Amy Shanler, the associate chair of the Department of Mass Communication, Advertising and Public Relations at Boston University, also noticed the op-ed and the statistic about West’s Twitter followers. Although she called it speculation on her part, Shanler said that West possibly “enjoys riling up people, and getting people to talk about him.”

Some have gone beyond words, including white supremacists who displayed messages in support of West on banners atop freeway overpasses in California and New York, and via lasers projected on a college football stadium in Florida. More recently, threats were made against synagogues in New Jersey that prompted a direct warning from the FBI. While a connection to West’s comments has not been made, Shanler wonders to what extent there was an influence.

“I can’t make a direct line,” Shanler said. “What I do think happened is that his remarks have inspired antisemites to be more vocal, to be more expressive in their feelings. I’m not law enforcement, I don’t know the details in that investigation. But I do think it’s like an epidemic continuing to spread and permeate. Perhaps, maybe, without [West] saying [his remarks], hate-group supporters of Kanye or somebody angry toward the Jewish people would not have been spurred on, would not have been inflamed.”

The West controversy is not the only recent example of a celebrity accused of antisemitism. Brooklyn Nets basketball player Kyrie Irving tweeted about a controversial documentary called “Hebrews to Negroes” that alleged Jewish involvement in the slave trade.

“He was tweeting support for a documentary that was very antisemitic,” Shanler said.

The Nets suspended Irving for five games, prompting an apology from him.

“I began to question the intent behind it,” Shanler said of his statement. “It felt like a disconnect, not like true contrition or that he was actually going to take any steps to try to understand what he said was really wrong.”

Other celebrities have made headlines for criticism of Israel, including Academy Award-winning actress Natalie Portman, who declined attending a ceremony for the 2018 Genesis Prize she won, because she “did not want to appear as endorsing Benjamin Netanyahu.”

The ADL’s Shukur said it’s important to differentiate between those making comments about Israeli policies and those questioning Israel’s right to exist.

Pink Floyd’s Roger Waters, whom the ADL has identified as a “leading anti-Israel activist” and supporter of the Boycott, Divestment and Sanctions movement (BDS), and who has also accused Israel of apartheid, is in the latter category.

“Many people have expressed their views on Israel and the Mideast conflict,” Shukur said. “Some do this in ways in which they are critical of the Israeli government. That’s totally fair game. As Americans, we criticize our government, our leaders, all the time.

“Many take issue,” she added, “when anybody doesn’t just go criticizing Israeli policies but criticizes the right of Israel to exist as a Jewish state, endorses the BDS movement. That gets to the root of it…When we hear celebrities amplifying this message, we take note, we are concerned.”

Shukur is also concerned with the presence of antisemitism in politics today.

“I think that while we’re seeing it in the celebrity space, the athlete space, it’s also in the political arena, things like ‘Jewish space lasers,’ ‘Jews control the weather,’” Shukur said. “There has been an injection of antisemitism in a lot of campaign rhetoric this year…you can see fringe views from actual candidates, some of the oldest antisemitic tropes, in an effort to be elected.”

Robert E. Rosenthal, chair of the Department of Advertising, Public Relations & Social Media at Suffolk University, also noted instances of antisemitism among political celebrities on the right and left.

“If you count politicians as celebrities,” he said, “there are a lot of politicians, including former president Trump, who have made antisemitic remarks, as well as from the left, people like Alexandria Ocasio-Cortez.”

“Everyone has a role in making sure [antisemitic] statements do not get normalized,” said Shukur. “When you hear it, speak out against it. Write to companies that have signed on to athletes. Let them know you’re not happy as a consumer of their product, that you expect better of those who represent their product than association with unapologetic antisemites.”