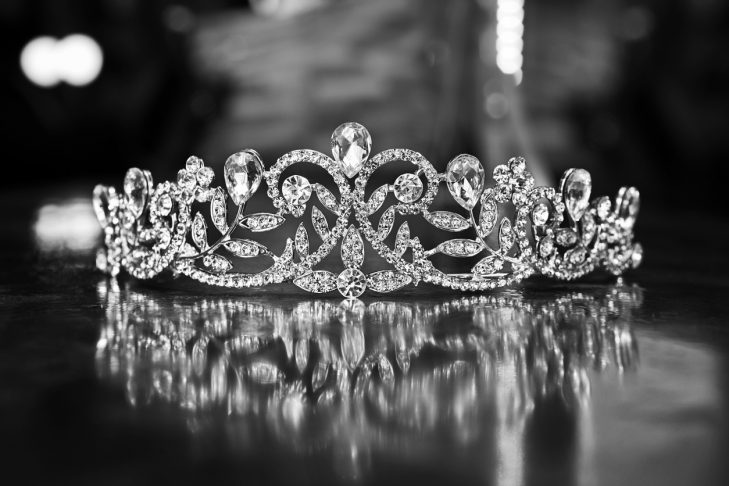 The term “JAP,” an acronym for “Jewish American Princess,” so offends me that I named the Word document for this piece “Jewish Women Stereotypes.doc.” For those who came of age in the 1980s and 1990s, many of us thought of a JAP as a woman who was materialistic beyond description and wholly dependent on her father or her husband’s money. Nothing was redeeming about a JAP. She did not have an ounce of compassion or empathy. The stereotype of the JAP wife was one of a woman wielding credit cards with impunity and withholding sex from her husband. She was the punch line of a million jokes, like: “What does a JAP make for dinner? Reservations.”

The term’s staying power will be the subject of an upcoming recording of Tablet Magazine’s Unorthodox podcast. The show will be recorded in front of a live audience on July 18 at the Meyerson JCC in New York City, and available soon after for download. In this edition of Unorthodox, special guests will include Jill Kargman, star of “Odd Mom Out,” Bat Sheva Marcus of the Jewish Orthodox Feminist Alliance and Judith Rosenbaum, executive director of the Jewish Women’s Archive. Stephanie Butnick, deputy editor of Tablet Magazine and one of Unorthodox’s hosts, will moderate the discussion.

The idea for the podcast sprang from another feature of the Unorthodox podcast called “Gentile of the Week.” While the title may be somewhat tongue-in-cheek, the intent is serious. A non-Jew asks a panel of Jews something that he or she wants to know about Judaism. One of the questions asked a few months back was whether it was permissible to say the word JAP. The podcast’s hosts realized the answers to that question warranted a stand-alone episode.

Rosenbaum, who recently spoke to JewishBoston, was almost surprised that people still used the word JAP anymore. “I thought we dealt with this 20 years ago,” she said. “It’s not a word that I think should be reclaimed.” Rosenbaum considers the term “negative in all of its different components. I’m not against reclaiming certain words. We’ve used the term ‘Jewess’ at the Jewish Women’s Archive. That [reclamation] can be very powerful, but you have to have a sense of what you are reclaiming. A lot of words that are reclaimed are about redefining otherness as something positive, rather than negative. I don’t feel there is anything in the JAP stereotype that feels redeemable.”

Rosenbaum referred to the work of Riv-Ellen Prell, an American anthropologist who has extensively studied Jewish and gender stereotypes and published a book called “Fighting to Become Americans: Jews, Gender, and the Anxiety of Assimilation.” In a chapter devoted to the JAP stereotype, Prell points out the clichéd images of the JAP but writes that some women “boldly claimed the [JAP] identity as proof of their power and entitlement. Others thought it was all in good humor.”

Prell also asserts that over the years the JAP stereotype has reflected growing Jewish anxiety over economic and social status, and Jews’ place in American society. Prell writes: “The JAP feminized the experience of being a middle-class Jew. No longer excluded and blamed for American Protestants’ failings, as was the feminized suburban Jew initially, the JAP represented ill-gotten influence purchased through the subjugation of the labors of others.” Added Rosenbaum: “So many stereotypes about women are really about men’s anxiety displaced onto those women. It’s a punishment for the middle-class success that the JAP embodies. It’s about what it is to have money and be a conspicuous consumer—the things that go with upward mobility. People feel uncomfortable about that, and it’s projected onto the JAP.”

Stephanie Butnick experiences the word JAP differently. Butnick told JewishBoston that growing up in the early 2000s, the term “has less valence for me. I’m at peace with it. By the time it filtered down to me, it was essentially, to quote ‘Mean Girls,’ ‘a girl-on-girl crime.’” Butnick, who grew up in a Jewish area of Long Island, said she doesn’t hear anti-Semitic resonance in the word. She understands, though, that older feminists “hear JAP as Jewish men using the word to put down Jewish women and to boost themselves up. For me, it was a thing mean girls said to each other. It meant someone was tacky and liked brand names for the sake of brand names. There was no underlying anti-Semitism.”

Butnick said she recognizes “what I’m saying is triggering. But when we start unpacking the term, it means so many different things to all of us. You have to say it with that understanding that it means something to a lot of people. My relationship with the word was never in an anti-Semitic context, and I’d feel very differently if it were. I’m probably a rare exception.”