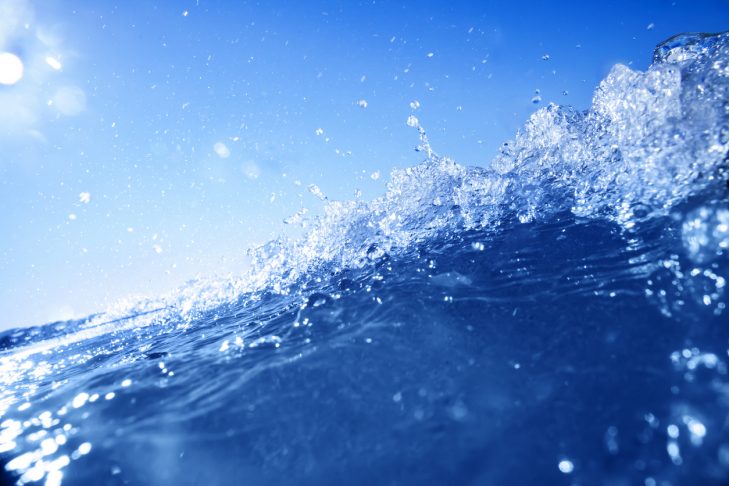 (Photo: portishead1/iStock)
Having retired from being a synagogue rabbi a few years back, there are times, like right now as Jews around the world head into Yom Kippur, when I truly miss it.
Yom Kippur is a unique and amazing opportunity, both because it’s the largest turnout in a synagogue all year along, and also because it is such an introspective, sincere and open-hearted holy day. For clergy like me, a passionate preacher from Nebraska, it was the spiritual Super Bowl and my opportunity to rain down fire and brimstone (not the “burn in hell” kind, but the wake up, stand up and get out in the world and live a good life and make a positive impact kind of “friendly fire” and “beautiful brimstone” version) we all need to hear from time to time.
If I had a pulpit this year, one of my talks would certainly be about WATER.
Why water? Because I’ve become enamored with water, obsessed actually.
Water, after all, is the stuff of life. We are 70 percent water. Our earth is 70 percent water. And our day-to-day lives are made possible by water.
No water = no electricity, gas or energy.
No water = no smart phone (your microchip cannot be made without A LOT of purified water).
No water = no sewage treatment.
No water = no food, no life, no nothing.
And yet, we are running out of water, potable water, clean water and water in general, AND FAST! Here are some facts about the water crisis we are now facing, from Lifewater:
And the crisis is mounting. By 2050, and some say as early as 2025, we are going to have a global epidemic of water contamination and scarcity. And don’t think this is only in developing countries. Just ask Michael Phelps, the ambassador for the Colgate project #everydropcounts, who is raising awareness around the reality that by 2020, 40 out of 50 of the U.S. states will be facing water shortages.
This is serious!
The message, however, need not be hopeless. On the contrary, whether preaching this message on Yom Kippur, Easter Sunday or any day in between, the message should also be hopeful and inspirational, just as our water reality can once again become.
How? Because when it comes to water, Israel has shown us another way: a better and wetter way.
Israel, also known as “Start-Up Nation” due to its sheer number of start-ups, innovation achievements and entrepreneurial ethos, could just as easily be called “Aqua Nation.”
Israel, a mostly arid (desert) climate, has overcome its millennia-old water crisis. Through visionary water planning, investment into infrastructure, good governance, impactful education, bold innovations and game-changing technologies, Israel has literally transformed its landscape.
Over 3,500 years ago, the Israelites complained about a lack of water: “But the people were thirsty for water there, and they grumbled against Moses. They said, ‘Why did you bring us up out of Egypt to make us and our children and livestock die of thirst?'” (Exodus 17:3).
And what was God’s response?
God didn’t just give the people water. God didn’t simply open up the heavens and make it rain. God’s response to Moses was to take charge, be innovative, believe in the impossible and find a way to bring forth water, even from a rock: “Strike the rock, and water will come out of it for the people to drink” (Exodus 17:6).
Thus Israeli water innovation was born. Thus began Israel’s quest to quench the world’s thirst. And though it only took 3,000-plus years, today Israel’s water engineers, scientists, innovators and modern-day Moses have fulfilled this ancient mandate and literally brought water forth from rocks.
Is the water crisis real? Absolutely.
Is the water shortage serious? It is perilous.
Is the water situation hopeless? Absolutely not!
Israel, the Jewish homeland, should give us hope today and every day that the deserts can bloom, rivers be restored and pipes filled, once again, with abundant and clean water for all.
On this holy day, and each and every day, Israel, the Aqua Nation, should remind us that we all are here to transform the impossible into the possible, make our own respective deserts bloom, and each, in our own way, bring forth water from the rock.
May this be a year filled with life.
May this be a year filled with health.
And may this be a year filled with clean, flowing and abundant water, hope and inspiration for all.