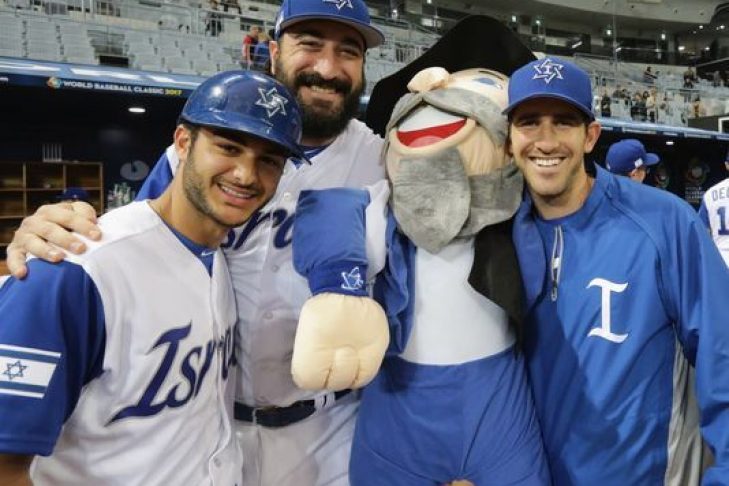 Ryan Lavarnway was part of a World Series-winning Boston Red Sox team in 2013. But it was his leadership on another—Team Israel—that changed his life and outlook on the game, his faith and Israel. JewishBoston and israel360 talked to the catcher whose spirit, enthusiasm and, of course, a .560 batting average, carried Team Israel to new heights on a world stage. A new documentary, “Heading Home,” chronicles the team’s trip to Israel and amazing run at the World Baseball Classic.

JewishBoston/israel360: How did you end up playing for Team Israel? How did this journey get started?

Ryan Lavarnway: It was basically just a phone call. There’s not a ton of Jewish baseball players, so it wasn’t a rigorous application process from my end. I think they had a harder time finding enough guys to fill the team. But five years ago when they tried to qualify for it the first time in 2012 or 2013, I believe, they called me and asked if I would participate. And I was all about it. I was like, “Definitely, I’ll play.” The qualifier was in September, so I happened to be in the big leagues that year. I wasn’t able to play. But then four years later, I got the same phone call, “Hey, would you be willing to participate?” I said, “Yeah, if I’m not in the big leagues, I’d love to play.” The guys that had played four years ago spoke very powerfully about how the experience meant so much to them. You have all the guys in the team pulling on the rope in the same direction, and there’s no ego. There’s no, “I wanna play a little bit more.” There’s no worrying about a contract. It’s all just about winning. It was so pure, just about the baseball, just about the results. And then to get the victory and go to the tournament, it was a pretty special thing.

There’s no worrying about a contract. It’s all just about winning. It was so pure.

JewishBoston/israel360: An article last year described the team as “has-beens and never-will-bes.” What did you guys honestly think that your chances were coming into it?

RL: We all thought we had a chance, and I think that maybe the low expectations was a blessing in disguise, because it was another thing that just rallied us around each other. We haven’t had these unbelievable careers where we get to the big leagues and never go down. At this point, I think I’ve been called up and sent down 13 times. Cody Decker leads the minor leagues in home runs in the last six years, and only has 11 [Major League] at bats. There’s so many of these guys that, for one reason or another, the opportunity hasn’t been as strong or consistent. Or maybe when the opportunity came, you hit a cold spell, where as a group, that bonded us as well. I mean, not just the Judaism, not just being a minority within baseball for that reason, but also the struggles that we all knew we didn’t have to explain to each other. 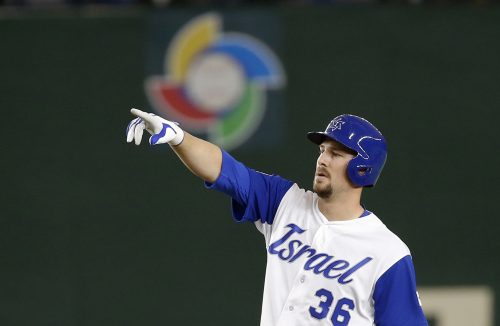 JewishBoston/israel360: You were voted MVP of the pool. You batted over .550 with an on-base percentage of .692 and a ridiculous .889 slugging percentage. How did you elevate your game to this level? I mean, is this how you always play? Or was this something new for you?

RL: I mean, I certainly don’t hit 550 every year, or I wouldn’t been a has-been or a never-would-be, right? Tournaments like this are all about who’s getting hot at the right time, and it’s similar to the playoffs. And I think we got hot. In order to win, you have to be able to visualize yourself winning ahead of time. And we definitely did that. As much as the mass media had us as the big losers of the tournament beforehand, there were a couple of media members that actually scouted the teams and gave us more favorable odds, I think. Instead of just reading Israel is 65,000th in the world, whatever. So we had an idea that Taiwan maybe wasn’t bringing the best squad they possibly could have put together, and that maybe the Korean team was getting a little bit older. And we were certainly better than we were getting credit for, not just in our own heads, but in the minds of other people that understood baseball.

In order to win, you have to be able to visualize yourself winning ahead of time. And we definitely did that.

JewishBoston/israel360: How did Judaism connect the team?

RL: We don’t have to talk about the way we were raised, because every single one of us was at the dinner table, and our Jewish mom or Jewish grandma was like, “Hey, do you want some thirds? Do you want some fourths?” Like force-feeding us. Or embarrassing us when they drop us off from school, just like everyone. Or how on Sundays they have baseball chapel every week, and you have the kids or the players that were like, “Hey, you wanna join me for baseball chapel?” Playing for Team Israel was really the first time that I broadcast in a public way my own beliefs in any form. And I feel like jumping in with two feet was really a great experience for me, and I say life-changing because I do feel more of a sense of the community of the Jewish people now, and I feel the support. It’s really just more of a feeling and a relationship that I have with understanding that the Jewish religion can’t be separated from the Jewish people and the Jewish community. And I think that I finally understand that now.

JewishBoston/israel360: Can you talk a little bit about “The Mensch on a Bench,” what that was and if you thought that had influenced the game at all?

RL: I had never honestly heard of “The Elf on the Shelf“; I didn’t know anything about it. But Cody Decker shows up for the qualifier with this little Mensch on a Bench, basically still in the wrapper, still in the cardboard setup, and it happened to be in the locker next to me in Brooklyn. Guys were joking around, making the Jobu reference from the “Major League” movie, giving it a little Manischewitz shot to sacrifice before the game instead of whiskey. And then when we qualified, I think it was Nick Rickles who runs out of the dugout with the Mensch high over his head, and it just became a rallying point. And then I don’t know how much we really thought about it, but then Cody shows up to Korea…or I think he showed up even to Arizona for the mini camp, with a life-size, six-foot-tall Mensch.