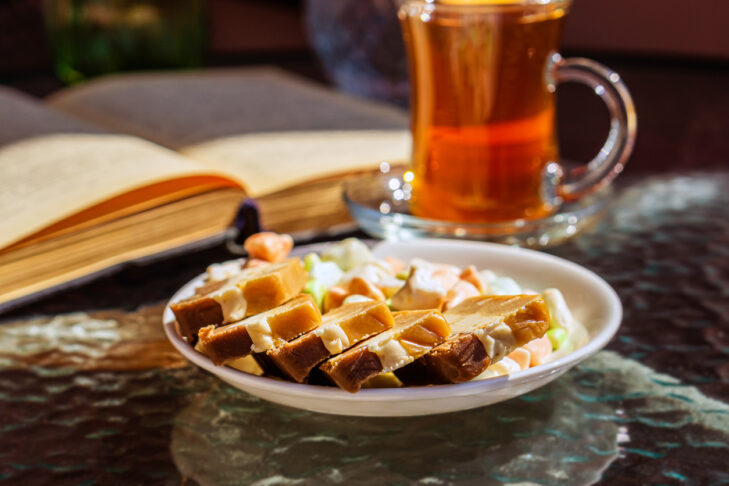 You’ve heard of Irish pubs—but what about Jewish taverns? Complete with food reflecting the Jewish diaspora and creative cocktails from a well-known bartender? And also with Jewish learning guides, events and classes? That’s what Rabbi Charlie Schwartz and Atlas Obscura founder Josh Foer plan for Lehrhaus, a house of learning, open as a restaurant and bar in the evenings, with classes, lectures and public events geared toward popularizing Jewish learning debuting in Inman Square this fall (425 Washington St., the old Kirkland Tap & Trotter spot).

“Ultimately, we hope to prove out a concept for a new kind of institution that will exist in cities across the country, and will be as central to Jewish life in the 21st century as the synagogue, the deli and the JCC were in the 20th,” Schwartz said in an introductory email.

Schwartz recently left a job at Hillel International to focus on the project. He hopes that this space will be a non-rarified, welcoming, friendly headquarters for a “renaissance of Jewish learning in America.”

Lehrhaus is named after the pioneering Jewish learning center founded by Franz Rosenzwieg more than a century ago in Germany. This version is a modern bar and beit midrash (house of study), with food and drink, programming, community and learning designed for non-intimidating exploration.

“The premise is that we need new kinds of Jewish spaces; the kinds we have work for some people but not others,” Schwartz told me. “This is storefront Judaism, accessible. It says that Jews are valuable and important in this community and we’re not going anywhere. We belong here as much as anyone else.”

Schwartz hopes to attract younger Jews, and as such, he’s planning an exciting food and drink program. Bartender Naomi Levy (Eastern Standard, Maccabee Bar) is designing the beverage list to capture Jewish influence across the world: espresso martinis with the Yemeni spice hawaij, a “summer in Krakow” cocktail made with strawberry, sorel and gin.

“The idea is Jewish food from across the diaspora, not necessarily Israeli. We want to tap into those stories through the lens of food,” Schwartz said, which he calls kosher pescatarian, including fish and chips and amba sauce, made with mangoes and vinegar. Kids are welcome at meals, though programming is geared toward grownups for now.

If all goes well, doors will open by September. Keep up to date (and donate, if you like) by signing up for email updates on their website.