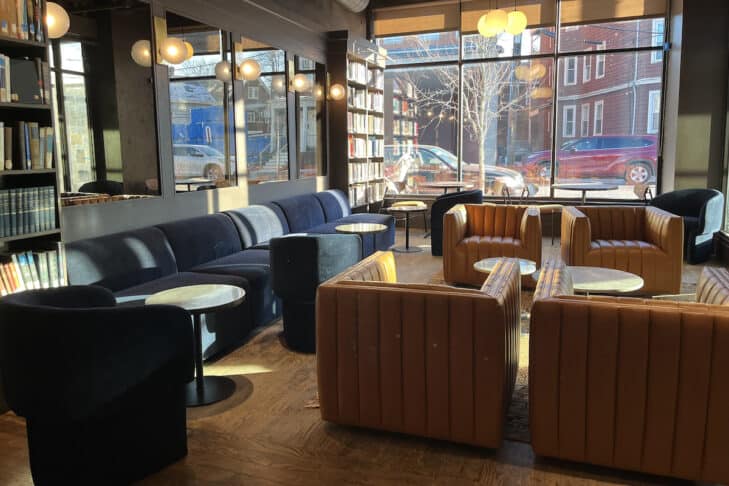 An awesome way to start the new year: The highly anticipated Jewish tavern Lehrhaus is slated to open in January, says Rabbi Charlie Schwartz, one of the founders. As JewishBoston reported back in July, the Jewish restaurant-bar-learning space will take over the old Kirkland Tap & Trotter at 425 Washington St. in Inman Square. They’re just waiting on some inspections and liquor licensing, which can sometimes take a while, but Schwartz is hopeful that they’re on track for next month. Here’s the latest.

What: The venue is a cozy, multi-functional restaurant, bar and classroom.

The décor: Lounge on the right, restaurant with two- and four-top tables on the left and a walled-off classroom area in the back, designed for workshops or private dinners. Also: plenty of bookshelves filled with works by Jewish authors, plus Jewish cookbooks, graphic novels and fiction. “How else would you decorate a Jewish space, but with books?” Schwartz asks. 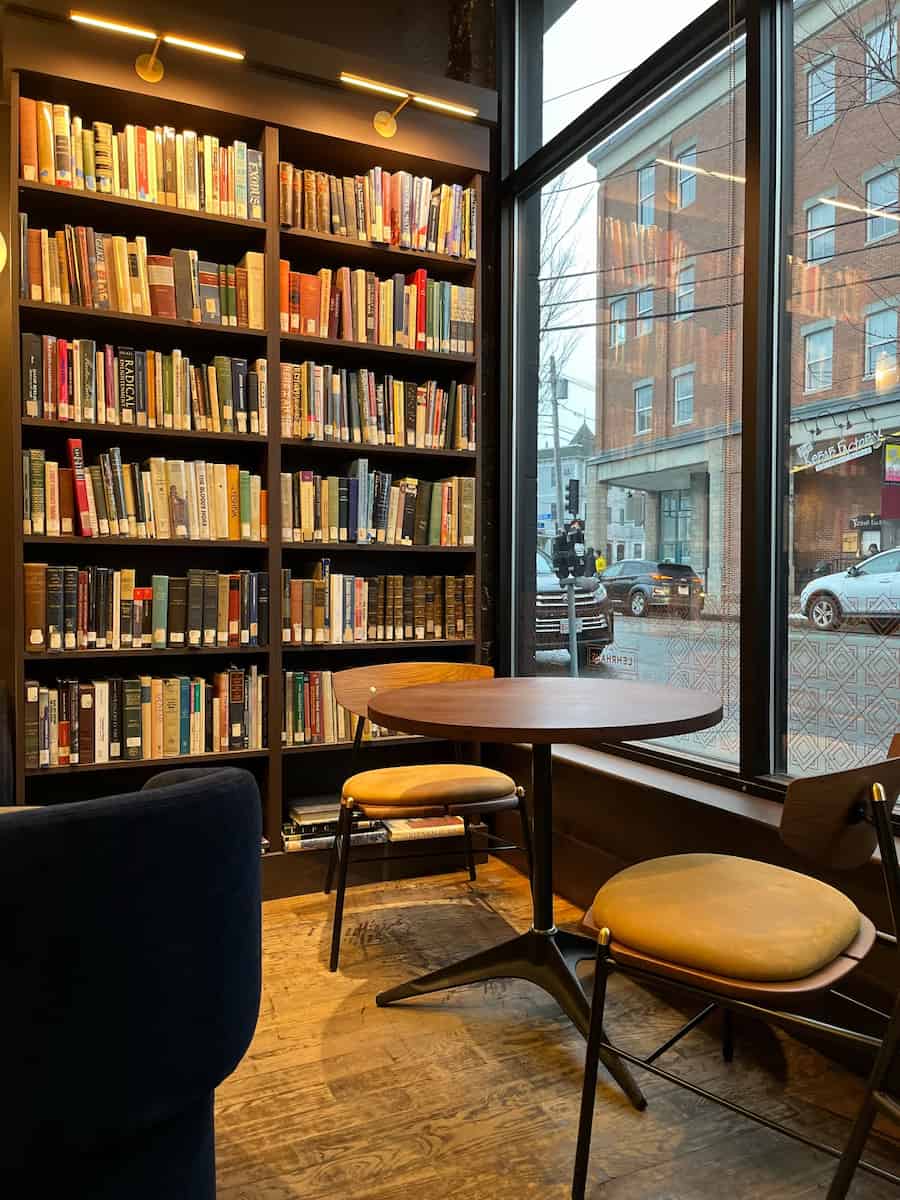 “The food will be kosher, pescatarian and dairy: the food of the Jewish diaspora—food that people want to eat over and over again,” Schwartz says. For example: fish and chips with pickled chutney and Old Bay French fries. (Old Bay was created in the 1940s by Gustav Brunn, who fled Nazi Germany for Maryland.)

The drink: Maccabee Bar founder Naomi Levy is in charge of beverages.

“So much of [our] whole program is really about expanding people’s horizons in terms of what Jewish cuisine and Jewish flavors can mean. I’ve gotten to play around with some really fun ingredients, stuff that I had never even heard of, like pepitada, a Sephardic break fast beverage made from the seeds of melons and squashes,” she told me in November. “It’s traditionally drunk to break fast on Yom Kippur because it coats your stomach and gets you ready to eat after not eating for a day. I’m having a lot of fun with it and also just learning a lot about different traditions from Jewish people around the world.”

The learning: Lehrhaus partnered with Shalom Hartman Institute of North America, Hadar and Hebrew College for classes, with topics such as a feminine approach to the Tanya and an introduction to the Talmud for lawyers.